Tenders and employment prospects both fell for the first time in almost two years, but activity is still rising, if more slowly, and orders are continuing to accelerate. Experian Economics reports

The total activity index fell by two points, marking the second consecutive month of contraction, but remained on the expansionary side. The R&M index returned to positive territory after a 24-point jump to 54.

Of all three sectors, the activities index for non-residential was the only one to move into negative territory, losing 12 points to 48. Residential activity increased by seven points to 57, while civil engineering gained nine points to 62.

The orders index increased by two points to 57. The tenders index, however, dropped by seven points and slid into negative territory at 48 – its first figure below 50 since July 2017.

All sector order indices remained in positive territory. Non-residential was the only one to fall, by five points to 54. Residential gained five points to 60, while the civil engineering index recovered from last month’s contraction to stand at 71.

The sectoral tenders indices moved in different directions in February. The residential index was down three points to 51, while non-residential tenders experienced a more notable slump to 44. The civil engineering index was the only one to increase – by four points to 50.

The tender prices index decreased by nine points to 58 – the first figure below 60 since July 2016.

The employment prospects index slumped into negative territory in February, falling eight points to 48, reaching its first value below 50 – and the lowest one – since July 2017. 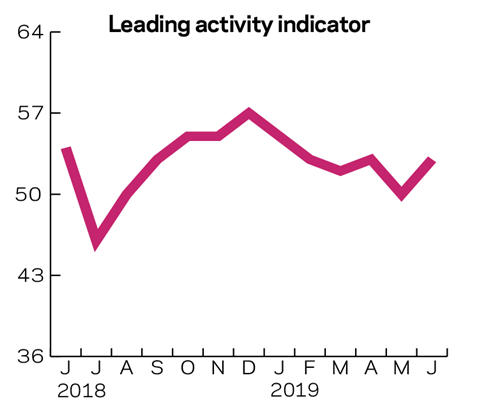 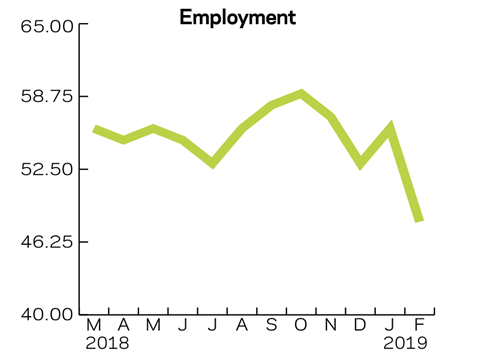 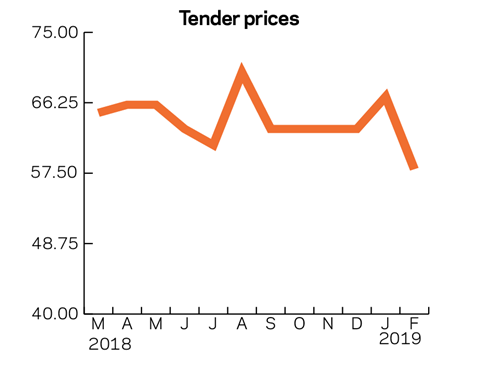 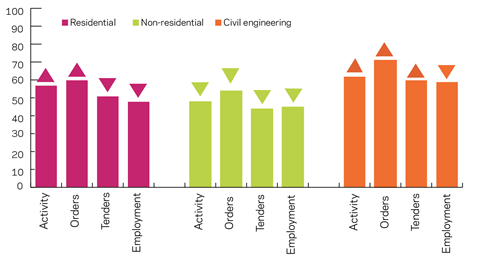 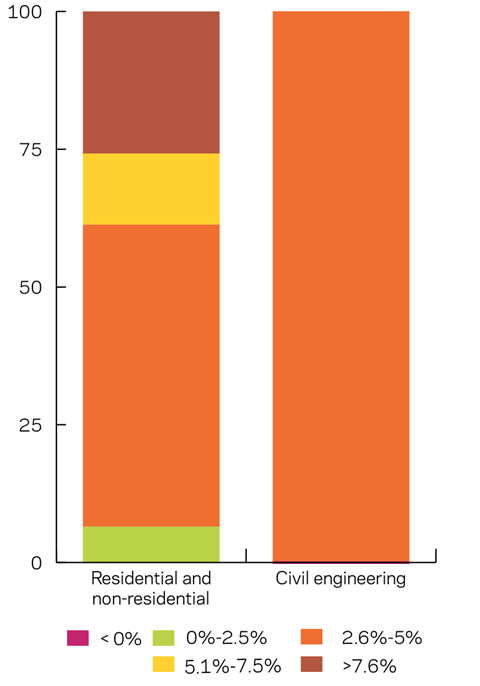 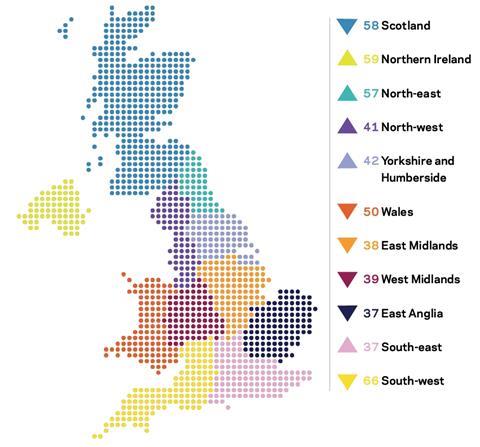 The South-west remained the best-performing region, despite losing three points. It stood at 66 in February, the only region with an index above 60. Second place was taken by Northern Ireland, which gained two points to 59. Scotland followed at 58, after only a marginal decrease of one point since January. The only other regional index indicating expansion was the North-east, gaining a point to 57.

On the negative side, the worst-performing regions were the East of England and the South-east, both at 37. The East Midlands stood at 38 after losing four points. The West Midlands and Yorkshire and Humberside also remained on the contraction side, with respective indices of 39 and 42. The North-west gained two points and reached 41. Among all regions, Wales was the only one with an index exactly at the neutral threshold of 50. This figure is, however, eight points lower than January’s.

The UK composite index, covering firms operating in five or more UK regions/devolved nations, jumped by 16 points to 66. This suggests the largest firms fared comparatively better in February. This result is also the first above 60 since October 2017.