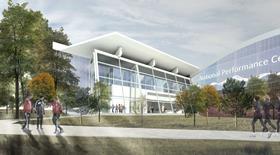 Contractor Bowmer and Kirkland has been appointed to build Scotland’s £30m National Performance Centre for Sport in Edinburgh.

The scheme - developed by Heriot-Watt University, Edinburgh Council and Sport Scotland - will include a full-size indoor football pitch, a nine-court sports hall, grass and synthetic outdoor pitches, and hydrotherapy and rehabilitation facilities.

She said: “Having tremendous facilities is an essential component of Scotland’s world-class performance system which delivered so emphatically with Team Scotland’s success at Glasgow.”

Alan Johansen, Bowmer and Kirkland’s regional director for the North East and Scotland, said he was “extremely proud” the firm had been appointed on “such a prestigious project”.