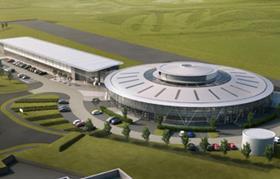 Sheffield University has been given planning permission by the city council for its £43m centre for excellence in aerospace advanced manufacturing.

Local MP Clive Betts said the university’s support for advanced manufacturing had had an “enormous impact” in “creating high quality jobs and hundreds of new opportunities for apprenticeships” in the city.

He said: “The planning approval represents a real step forward in moving this vital activity to the next level, and giving the city region the opportunity to further its reputation as a leading force in advanced manufacturing, not just at UK level, but on the global stage.”

The government this week laid out plans to see £25m of government money and £94m of private sector funding invested in projects in Sheffield’s Enterprise Zone.