But group pre-tax profit doubles and revenue jumps 19% as fit out, retail and overseas markets all perform strongly 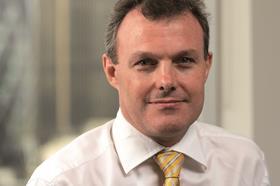 ISG’s UK construction business has fallen into the red, posting an operating loss of £1.2m, although the firm’s fit-out and retail arms helped the wider group to an improved performance, with profit more than doubling.

In its accounts for the year to 30 June 2014, published today, ISG Group reported a pre-tax profit from continuing operations of £6.8m, up from £3m in the previous year.

However, the firm’s UK construction business sunk to an operating loss from continuing operations of £1.2m, down from a profit of £1.6m.

The construction business also reported a 7% fall in revenue to £463m, down from £499m.

During the year ISG undertook a restructuring of its UK construction arm, which resulted in £2.4m of costs.

The firm also closed its Tonbridge office during the year, resulting in a post-tax loss of £2.8m, which was treated as a discontinued operation in the accounts.

The firm said the UK construction market was “challenging” but “showing signs of improvement”.

The firm said it was “reducing our open market tendering activity”, with 78% of its current order books secured through repeat customers and frameworks.

ISG’s fit out and engineering services division reported strong results with a 81% growth in revenue to £520m and an increase in operating profit to £9.9m from £5m.

Its retail business also reported a slight rise in revenue to £283m, up from £267m, “despite a competitive retail marketplace, with fewer new build opportunities and the focus on refurbishment”.

In Europe, the firm reported an increase in revenue to £103m, from £92m, but it said its margins had been squeezed by slow economic recovery in France and Italy.

ISG chief executive David Lawther said: “Our diversification strategy, combined with the recovery of our traditional core markets, positions the company for growth.”

He added that growth in the London market and the company’s strong performance in many of its overseas markets would allow the company to win larger overseas projects in the future.

He said: “The company is benefiting from the recovery of our key markets, while at the same time our successful strategy is driving improved results and developing the business across its sectors, services and geographies.

“We will continue to target growth both organically and through acquisitions. We expect to show further improvement in our results in the coming year.”

Separately ISG announced it had been awarded a £100m data centre job in the Nordic counties.

It is the firm’s fourth such project in the area having handed over one in February 2014 and another in August 2014.