Contractor gets boost from the sale of its McLaren Property business 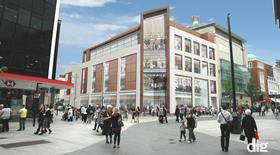 Pre-tax profit at contractor McLaren Construction has nearly doubled to £11.7m, according to the firm’s latest set of accounts.

The accounts for McLaren Construction Group PLC filed at Companies House, show the firm made a pre-tax profit of £11.7m in the year to 31 July 2013, up from £6m in the previous year.

Much of the profit - £6m - was accounted for by the sale of its McLaren Property business in December 2012.

The firm reported a small fall in revenue from continuing operations to £352m in the year to 31 July 2013, down from £375m the previous year.

But total revenues, which included revenue from discontinued operations, rose slightly to £378m in its 2013 financial year, up from £376m the previous year.

Writing in the accounts managing director Phil Pringle said: “Nationally we have witnessed a good level of opportunities during the last year and despite difficult and challenging trading conditions, we have continued to remain selective in terms of those projects that we have targeted and secured.”

“There are promising signs that the construction industry is emerging out of its long recession and our opportunity pipeline both currently and moving forward reflects this.”

He said he anticipated the group achieving “controlled growth within our core operating sectors” and still “diversifying into new market”.

Pringle added that McLaren was poised to “enhance its position” in the sector following “last year’s period of consolidation”.

As part of the expansion it took on 34 senior and site managers, four technical directors and 16 administration staff.