What termites can teach us about natural ventilation in small buildings 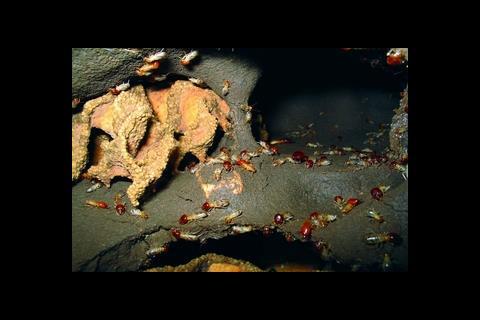 Termites of the species Macrotermes michaelseni, which Dr Rupert Soar studied in detail. 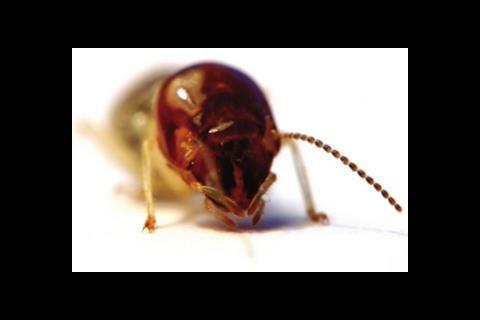 One of the individual contributors to the study. 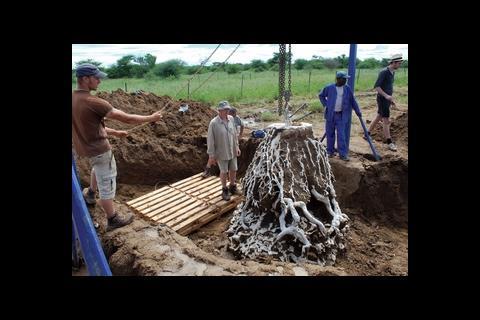 The research team in Namibia created an “endocast” of a mound by filling it with gypsum, then lifted it out for analysis. 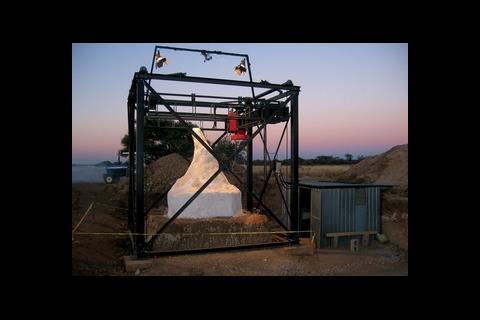 The research team in Namibia created an “endocast” of a mound by filling it with gypsum, then lifted it out for analysis.

There is a certain logic in looking to termite mounds for a way to inform the design of comfortable and sustainable buildings with little or no need for mechanical heating or cooling. These intricate structures preserve a steady level of atmosphere, humidity and temperature in the termite nests beneath them while enabling the exchange of oxygen and carbon dioxide between the inside and outside of the mound.

Exactly how termite mounds function is a lot more complex than scientists initially thought, however, and potentially a great deal more useful in the design of sustainable, self-regulating buildings.

Dr Rupert Soar, the freeform construction pioneer, and the physiologist J Scott Turner have studied this topic since 2004 with engineers and scientists at Loughborough and Cambridge universities and the National Museum of Namibia. As part of the research, funded by the Engineering and Physical Sciences Research Council, they have digitally scanned a termite mound to understand how they “breathe” without ventilation by bulk air flow.

The heat-driven convective flows that drive natural ventilation in tall buildings cannot be applied to small structures such as termite mounds or, indeed, our homes, Soar says. Even tall, naturally ventilated buildings, with atriums or chimney systems, often have to be retrofitted with fans and other ventilation devices because occupants break the natural air flow by opening windows and doors, he points out.

Mechanical HVAC consumes an increasing proportion of energy in homes, and creating effective natural ventilation in small buildings can be tricky, Soar says. “If anything, governments and certification systems now tend to encourage the sealing of buildings, necessitating forced or mechanical ventilation systems

to allow gas exchange without removing heat (or vice versa in hot climates), requiring fans and a heat exchanger, which consume more electricity in an effort to conserve energy.”

Gas exchange in buildings is hitched to bulk air flow between the inside and outside. The process of constantly moving air out of the building, in order to replenish oxygen and expel carbon dioxide, inevitably takes with it heat and moisture in that air.

It is a problem, Soar says, “that all air-breathing animals and termite mounds solve automatically”. He likens the delicate balance or stasis of temperature, acidity and moisture inside our lungs to being comfortable in modern housing: “Inside the lung there cannot be bulk air flows and complete air exchanges [as there is in a chimney] as our lung membrane would dry out and cease to function. We are still like our fish ancestors, with our gills [lungs] in a nice wet place where oxygen and carbon dioxide can move across the lung membrane.”

To prevent the lung drying out we breathe in and out, which allows gas exchange but preserves the stasis of temperature, moisture and acidity.

Much is known about resonance and standing waves in tubes, which have been studied for generations. Soar explains: “However, when tubes are humming at their natural resonant frequency, there appears to be a subtle twist to this knowledge, in that gases and molecules can speed up or down a tube if there is a different concentration of the gases between one end or the other.”

The skin of termite mounds is peppered with branching and convoluted tube networks as complex as our own capillaries. As light, gusty air moves over the surface of a mound, the energy in the wind is split into a range of frequencies or pulses that can even be heard with a microphone inside the mound. The high-frequency components of the wind’s energy work within the mound skin to create a gradient of oxygen and carbon dioxide.

The key to the system is that resonant oscillation is set up when gusts of wind travel over the mound surface, Soar explains. “We think it’s a form of the phenomenon of high-frequency oscillatory ventilation, and it’s all do with how the termites tune the structure they build.”

In addition, the low-frequency pulses travel deep into the mound, where they set the air sloshing – an effect known as pendelluft.

“All this can only happen in complex tubular networks known as impedance structures,” says Soar. “Our lungs are impedance devices which generate the gradients required, partly by breathing and partly because of their structure. With new computer and fabrication techniques, we can now copy and reproduce these complex channels and ducts in the walls, floors and ceilings of our homes. Houses will literally breathe rather than ventilate. They will not need electricity to do this, they will not affect the delicate balance of moisture and heat inside the building and they are not affected by scale.”

For years scientists have believed that termites regulated the temperature in their mounds, Soar says. “We can now show categorically that they don’t; if anything, what they regulate is water potential by constantly building and moving mortar through the system.

“Yes, it does retain a constancy of temperature and moisture, but they are not regulating it, as many biologists or architects would tell you. Ventilation is a misnomer as it uses bulk air flows or exchanges. This is respiration, and breathing is a good enough term for it.”

Soar believes that all termite species and other nest builders such as ants use a similar approach.

The research team’s findings challenge architects’ perception of walls as impermeable barriers, Soar says. “What we see in nature are permeable membranes which set up energy differentials between one side and the other. Recreating this membrane in buildings opens up a world of possibilities.”

Architects such as Achim Menges in Germany and Michael Hensel in Australia are already experimenting with the concept of permeable walls. Soar says: “Architects are naturally in tune with the solution, but without necessarily knowing how it works, which is the role of the engineer.”

He is now studying how membranes work – “how they can drive energy, and how air moves in an oscillating system”. This is where Soar’s main area of expertise – rapid manufacturing or, as he prefers to call it, freeform construction – comes to the fore.

Through his recently established company Freeform Engineering, he is working with colleagues in Namibia and America to pioneer construction technology whereby entire buildings and building components are “printed” using a range of materials, including gypsums, concretes, polymers and, ultimately, metals.

Soar works with architects worldwide: “In the face of the need for sustainable buildings and a green ethos, architects have had to rely on existing designs with green materials and retrofit technologies such as photovoltaics and wind turbines. With modern computer programs and agent-based modelling, we can design buildings from scratch that capture or harvest energy directly from the environment.”

A walk-in termite pavilion is to be constructed at Pestival, a celebration of insects to be held in London on September 4-6. Dr Rupert Soar and his colleagues will reveal their discoveries in the 9m3 model of part of a Namibian termite mound chimney, located outside the Royal Festival Hall on the South Bank. The sounds of millions of termites at work and communicating with each other will be played inside.

About 150,000 people are expected to visit Pestival, which will illustrate the critical role insects play in life on Earth. The termite pavilion (model below) is an art and science collaboration between Softroom Architects, Freeform Engineering, Atelier One and Pestival.