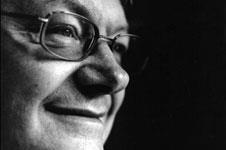 The agency has said that Allan Jones has been made redundant from his position as chief executive of the LCCA as part of what the LDA describes as a “restructure and review” of the role that the LCCA has played to date.

A LDA spokesperson said: “Allan has left and his post has been made redundant but the story that the Mayor was involved is totally erroneous.”

This statement was confirmed by the Mayor’s press office, who said that the move was “completely an LDA decision.”

A spokesperson for the LDA said: “We’ve been going through a restructure across everything, not just climate change. The agency is looking to integrate climate change more into its core work and we’re reviewing the way in which we do that. Just because the post of director has been made redundant in now way means that we’re going to stop our climate change work. In fact, we’re going to invest more in that work over the next four or five years.”

Former London Mayor Ken Livingstone hired Jones back in 2004 as an advisor on renewable energy and climate change. He joined following a successful period with Woking council which saw the town become home to the country’s first private wire network of combined heat and power (CHP) plant, and a 77% reduction in CO2 emissions from public buildings.

The LDA said that it was committed to meeting the Mayor’s carbon reduction targets and that its current budget plan included £80m over the next four years in order to do so.

In its official statement, the LDA said: “The London Climate Change Agency is only one of a number of the London Development Agency's climate change initiatives and accounts for one fifth of its current spending in this area. The LDA is reviewing how to strengthen its environmental impact to establish how best to achieve genuine carbon reductions and value for money linking our environmental work more closely to our core work on land development and regeneration . Whether the London Climate Change Agency as a separate legal entity is the most effective way to achieve our environmental goals, forms part of this review.”