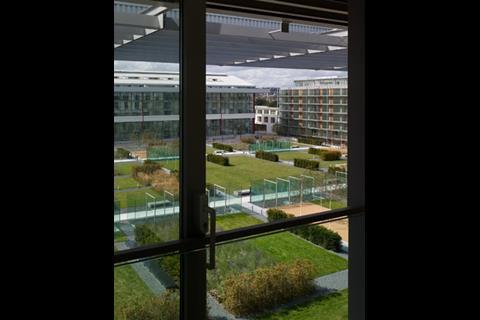 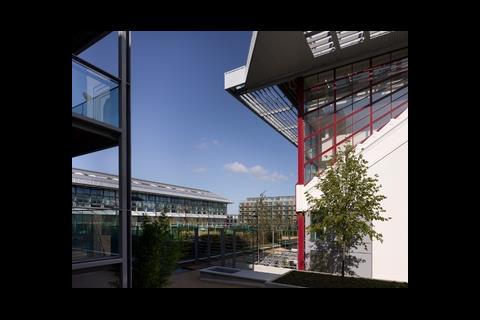 The massing of the new blocks at the old Highbury site help retain the sense of “stadium”. Sculptural glass boxes help light the underground car park and gym. 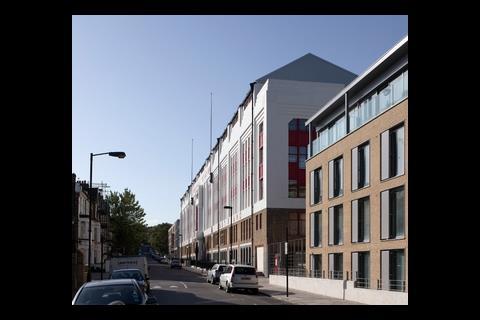 Highbury’s Art Deco east stand, and the west stand, were retained but the north and south stands have been replaced. 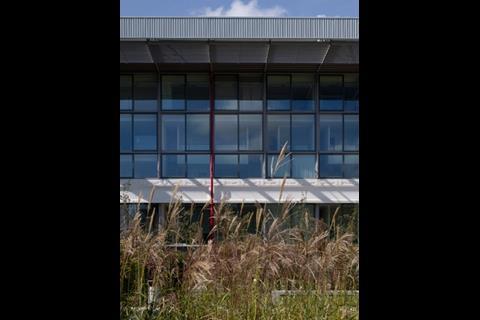 Depending on your footballing allegiance, Arsenal’s historic ground, Highbury, was hallowed turf or small and soulless - it was nicknamed the library because of the fans’ lack of noisy support

In 2000 it was announced that the Premier League team was moving to the new 60,000-seat Emirates Stadium and Highbury, which dates from 1913, was to become a residential development.

Nine years later, with the footballers ensconced in their new home since 2006, Highbury Square has been completed. And the architect, Allies & Morrison, has delighted football and architectural followers alike with its sensitive design.

The listed Art Deco east stand and the historically significant west stand have been retained and converted to apartments. The north and south stands have been demolished and replaced by residential blocks of similar mass to keep the sense of “stadium”. Behind them are further blocks which border courtyards.

The pitch itself has been transformed, rather overelaborately, by the landscape designer Christopher Bradley-Hole, but on walking out into this central space the aura of football stadium still pervades.

A kickabout is not advisable, though, given the glazed facades of myriad apartments and also the numerous box hedges which, like bulky fullbacks, have put paid to the flowing moves Arsenal players are famed for.

Sustainable design in this development of more than 650 dwellings has been the responsibility of Hoare Lea. It is managed by an integrated CHP installation. A central energy centre consisting of 5MW of modular boiler capacity, 100kW (electrical) of CHP and 720m2 of interlinked solar panels on the south stand roof serve the apartments. The solar panels alone are predicted to supply about 350,000kWh of energy a year.

The combination of solar power, CHP and energy-efficient boilers and controls is estimated to contribute to a carbon saving of more than 400 tonnes of CO2 a year.

Distribution to each apartment is via a plate heat exchanger with integral water storage. Zoned underfloor heating within the apartments is more efficient than radiators and permits the floor-toceiling glazed facade overlooking the pitch/garden.

Natural light floods into the apartments. Duplexes have stepped-back upper floors to encourage maximum light to lower levels. Similarly, the original fanshaped windows at the end of the east stand have been retained to aid light ingress. Sculptural glass boxes in the garden allow light down into the underground car park and gym while also acting as natural smoke vents.

For Arsenal supporters, there is no better place to live. And while the club and the developer, Vision Four, could have campaigned to demolish the entire ground, listed stand and all, to build a denser residential development, historic sentiment won out.

Allies & Morrison’s design has produced the world’s first sports stadium/residential conversion, one of the largest green spaces in north London, an atmospheric and beguiling place to live, and, for those fans, a great monument to the days of Bob Wilson, Martin Keown and Thierry Henry.

Just mind the windows with that ball.