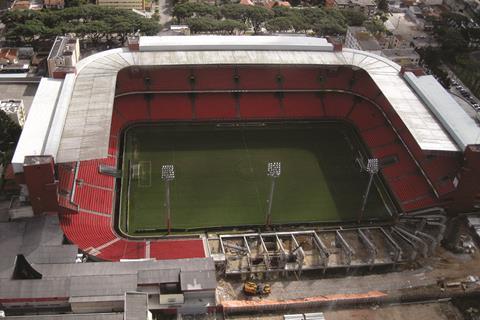 Arena da Baixada may be the smallest venue in the 2014 World Cup but its renovation has been beset by monumental problems. The original stadium was one of the oldest in South America; this was demolished and rebuilt in the nineties. This latest refurbishment involved improving facilities and increasing capacity. The centrepiece of the project was to be the addition of a retractable roof, despite this southern city being one of the coolest in Brazil. However, a disastrous series of labour disputes, court action and alleged building control violations not only severely delayed completion but also led to the retractable roof being scrapped. As recently as January, FIFA threatened to drop the stadium as a venue. However, now that it’s completed, the football body has recently referred to the venue as “top class”. Arena da Baixada is home to the Atletico Paranaense football club.