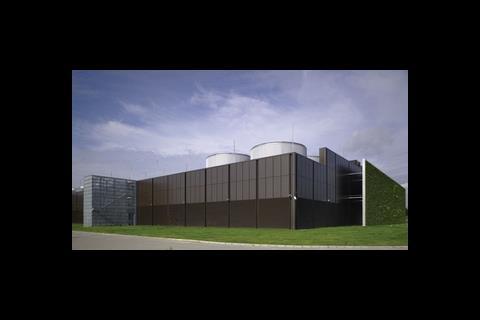 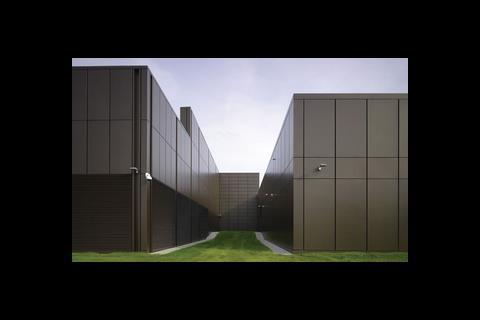 Construction was completed in nine months thanks in part to the prefabricated cladding panels. 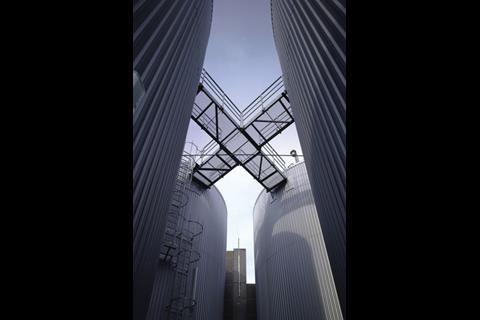 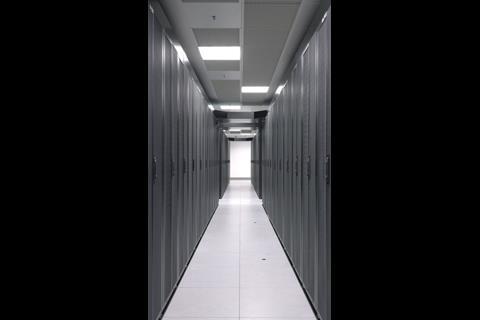 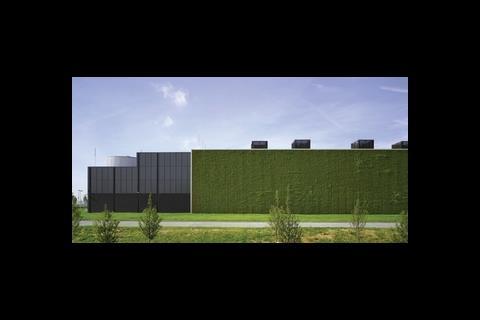 Arup Associates believes that data centres, despite their power-hungry reputation, can be built sustainably – and for many, an LEED gold rating would be proof enough. Arup, however, has its sights on platinum

Data centres are not something that large companies are eager to discuss in these environmentally conscious times. They and their associated operations produce about 2% of all global carbon emissions, according to the IT consultancy Gartner. The completion of a data centre that vastly reduces power consumption and carbon emissions is, then, something to shout about.

“Data centres are enormous power users but that shouldn’t be a reason to be embarrassed about them,” says Mike Beaven, director of Arup Associates. “It is part of our society that we have an online, on-demand existence so these things are necessary. What we must do is tackle their design with a comprehensive multi-faceted approach. Then we can really make a difference.”

Arup and the local office of architect TTSP say they have done just that with what they hope is the first of a new generation of sustainable data centres, which opened recently in Am Martinszehnten, 10km from Frankfurt. The 9300m2 project for the financial multinational Citigroup is forecast to use 70% less energy for services than a conventional data centre. Arup says it will require 260MWh a year for heating, against an average 404MWh, water consumption will be 30% less and CO2 emissions will be cut by 11,750 tonnes annually.

The building is the first of its kind in Europe to be submitted for LEED accreditation, the green building rating system developed in the US. “We are seeking LEED platinum,” says Beaven. “We’ve got 50 points approved and we are clarifying three or four more points, so we’re confident that we’ll get the 52 required.”

At the heart of the Citi data centre is what is known as white space, the vast area filled with computer hardware and support plant. This is where Arup’s innovations should have the greatest impact on the data centre’s environmental performance.

Power is supplied from the grid via two incoming 11,000V supplies, with diesel rotary UPS (DRUPS) as back-up. “The electrical design separates the two key reliability themes of fault tolerance and supply reliability and addresses them with a hybrid distribution system which is a mixture of N+N and N+2 respectively,” says Chad McCarthy of Arup Frankfurt.

“Fault tolerance is dealt with via fully redundant mains supplies and distribution systems, while central generation and UPS plant is focused purely towards supply reliability.” Intelligent control systems monitor energy use, variable speed drives are utilised not only on main plant but also air and water circulation, and all plant is sized to ensure highest operating efficiency.

The resulting reductions in capital cost, technical plant area and building emissions have big economical and environmental benefits and there is better statistical reliability thanks to the reduced number of plant items required (see Table 1). McCarthy describes it as a revolutionary hybrid design that challenges the merits of established standards for electrical power systems in data centres.

In order to meet the substantial cooling loads in the most efficient manner, the building has a water-side “free cooling” system which is supplemented by high-efficiency water-cooled R134A chillers. These both rely on large cooling towers to operate.

The design team recognised that the cooling towers could potentially have a large environmental impact in terms of water consumption and contaminated discharge, and so used a reverse osmosis water treatment strategy to address both issues. In all cooling towers, water leaves behind dissolved solids as it evaporates. To prevent the concentration of solids becoming too high, a portion of the water is bled off.

The traditional way of treating hard make-up water is with softeners, which use a chemical process to replace the calcium and magnesium ions in the water with sodium ions. Softeners must be frequently “recharged” with sodium ions and flushed to remove the calcium and magnesium that has accumulated. This is done by passing a brine solution through the system and then discharging it, a process which consumes salt and creates more waste water.

The reverse osmosis system used by Arup for the Citi data centre eliminates the need for softeners by filtering the water instead. The quality of the make-up water is vastly improved, so the quantity required is reduced.

Also, cooling tower water must be dosed with chemicals to inhibit the growth of microbial organisms such as Legionella. Therefore, by reducing the quantity of make-up water, the quantity of chemicals required is also reduced.

With the main energy-using elements of the data centre engineered to operate at far higher efficiency than normal, Arup could be forgiven for letting the sustainable agenda slide a little on the rest of the project, but that’s not part of its “unified design” philosophy.

The planting extends down from the roofs via a huge green wall on the northeast elevation of the data centre, which is irrigated by run-off from the roofs. The wall, 55m long and 12m high, significantly reduces the visual impact of the building on its surroundings. Extensive planting of deciduous trees and hedges, and creeper-covered wire mesh fences will camouflage the building even more, while moats at the site perimeter act as soakaways and flood defences.

The 1500m2 office building has all the sustainable attributes one would expect. It is mixed mode – naturally ventilated, with a chilled ceiling and fresh air supply if required – and daylighting is maximised while solar ingress is limited by a brise-soleil made from local white oak. Heating here and in the loading facility comes via recovered heat from the data centre.

Water is not recycled from the roofs to flush the lavatories because the cost of the technology was considered prohibitive given the relatively small number of people using the site. The cooling system was the focus of the water-saving strategy.

Prefabrication played an important part in the swift completion of the project, which was on site for just nine months. A structural grid with a high degree of regularity was developed to minimise the number of different structural elements required and to suit a prefabricated cladding panel system. Precast concrete cladding panels were used because of their inherent fire resistance. Internal partitions were also prefabricated, as were many of the components for the services requirement.

The project has achieved LEED gold status and the team is confident of securing platinum. This has been made possible by the client’s wholehearted support for Arup’s sustainable agenda.

John Killey, head of Citi realty services in Europe, Middle East and Africa, says: “From its inception, we were committed to ensuring that sustainability would lie at the heart of this project. We recognised that an integrated design and construction team, committed to the concept of sustainability at all phases of the building’s life, was key to success.”

This meant the design team was able to work closely with Citi to get optimum sustainable performance from every aspect of the project – from choosing the most carbon-friendly facade treatment for the offices to designing the giant green wall and engineering in reverse osmosis water treatment and DRUPS, as opposed to static lead acid batteries.

“The client wanted to achieve LEED gold but as we explored the design opportunities we realised that we could do far better than that,” says Beaven. “We didn’t treat the project as a tick-box exercise to achieve the gold standard or as some form of green-wash.”

The design team also investigated generating power onsite but the location meant it was not feasible. “We could have added a few wind turbines or solar panels but it would have smacked of tokenism and that isn’t what we’re about: far better that the client committed to zero carbon power for the site and is sourcing all energy needed from a hydroelectric scheme.

“We did the right things for the right reasons. We could have got the 41-42 points for LEED gold easily, even if we had got only one out of 10 for energy. As it is, we have nine points out of 10 on energy for the data centre, which is an important step for a building type that has a perception of being energy hungry.”

The Citi data centre has proved even the most power-hungry buildings can be redesigned with significant improvements. The project was brought in on time and within a budget comparable with a conventional scheme.

Beaven is keen to emphasise that building services engineers took the lead on the project and “have been pivotal in creating such a green building”. He sees the Frankfurt facility as a blueprint for a new generation of data centres and Arup is already at work on a design for the UK. “We have a project four times the size of Citi data centre in planning,” says Beaven. “It will hopefully be built in the Chilterns and its design takes what we’ve learnt on this project and advances it.”

The Citi scheme was winning awards before it was complete and will surely gain more accolades as word gets out. It looks like data centres soon won’t be considered the embarrassing unmentionable of the built environment. “They will be celebrated as highly as we were praising green offices a few years ago,” Beaven predicts confidently.