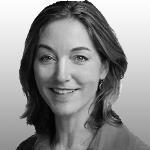 When running an architecture practice you have to compete for everything, so it’s inevitable that you are going to lose now and again. And before you write this off as a hard-luck story, I don’t mind coming second to a better-designed scheme; what I do find difficult to accept is when the sole and overriding factor is cost.

Achieving value for money for all projects, especially those that are publicly funded, is something we should all aspire to, but there has to be a balance; one that accepts there is a minimum price that anything can be built for, after which it becomes a losing game for everyone. And yet we find ourselves in a place where, as an industry, we are cutting everything to the bone, leaving projects and teams so weak that they often break under the strain, and buildings that turn out to be unsafe, as has been demonstrated so vividly in the recent tragic events at Grenfell Tower.

When things do go wrong, it is often in the rush to try to make things better that bad decisions are taken and solutions that are fit for the long term are left for a quick political fix. So what can we do to make sure we stop the tyranny of cost over quality in the long term?

We need to accept that there is a minimum price that anything can be built for, after which it becomes a losing game for everyone

I would suggest we ask creative people to look afresh at difficult and long-standing issues: innovators and risk takers, rather than those who have a stuck-in-the-mud mentality of “this is how it’s always been done”. In my experience, it is the layers of bureaucracy and the endless yo-yoing of what should be a linear and streamlined process that costs money, so our processes themselves need to be better designed.

For example, you’d have thought that the acceptance that higher build quality lasts and is more robust than a cheaper alternative would be a no-brainer, but without a process designed to consider the whole-life costs of our built environment, it is almost impossible to get proposals for higher-quality buildings picked over cheaper alternatives. And when it comes to accounting for better quality of life, or the long-term positive effects of building communities and places where people actually want to live, don’t you think it would be simple to have a simple mechanism in place?

I am constantly amazed that, as a civilized country, we so often run roughshod over these considerations with such dire consequences. Grenfell has only highlighted that, as a nation, we need to think hard about how we better prioritise people and place over cost.

The good news is that the government is beginning to recognise that designers and creative people have exactly the skills needed to help imagine and ultimately create a better future. This week, the mayor of London published the names of his design advocates, 50 people from a range of disciplines to help him realise his ambition to create a world-leading built environment for all Londoners.

I was lucky enough to sit on a panel with him at the launch of his “Good Growth by Design” programme at the London School of Economics. The mayor has rightly identified the positive contribution design and designers can make to the economy as well as the quality of our environment. In his words: “Good Growth by Design seeks to harness London’s world-leading design talent to make the city work for all its citizens. The advocates will provide a pool of talent pushing forward the Good Growth by Design programme, setting ambitious design standards, undertaking rigorous design reviews and investing in the challenges facing London’s built environment.”

Such pooling of creative thinking really does work. For the past two years I have been chairing the independent design panel for HS2, which has already made a significant difference in a number of key areas. One of the main successes has been to help explain the notion of design itself, which remains so elusive to many, to help people understand the relevance of design and the benefits it can bring, for example time savings through innovation and higher-quality outcomes through creative thinking.

As an industry we must come together and help the government to do things differently, by coming up with solutions, not criticisms. We must all take responsibility for allowing this pervasive culture of lowest common denominator to have become the norm. Surely we should be making the case better and more loudly for a change in emphasis to one that values our quality of life. So when we are told that it’s just not possible, that cost is king, let’s not take no for an answer and allow people and place to win.

Professor Sadie Morgan is a founding director of dRMM Architects. She is the HS2 independent design panel chair, a commissioner on the UK’s NIC and a mayor’s design advocate for the GLA