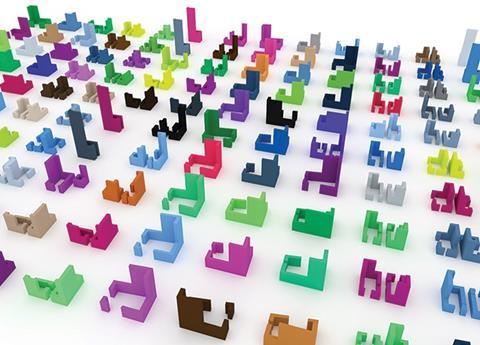 BIM and parametric design are two terms that come loaded with all manner of theoretical preconceptions. BIM is perennially associated with data, certainty and precision, with locking in an intelligent, finished model and forensically dissecting and revealing every aspect of it in order to enhance co-ordination and eliminate doubt. Significantly, despite the increasing availability of conceptual design modelling software, in the minds of many, BIM is also still invariably associated with the later, technical stages of a project rather than the earlier design period.

Parametric design also attracts a good degree of prejudice and presumption. It immediately brings forth notions of highly complex, geometrically improbable shapes and structures zealously propagated by architects such as Frank Gehry and Zaha Hadid. But what if parametric design could be used to model simple forms? And what if the flexibility and algorithmic logic of BIM could be applied to the explorative, conceptual early design stages of a project?

Many architects are still used to creating physical models made out of foam or cardboard to develop early stage designs. But while this conventional approach allows for easy manipulation of the model in order to progress design aesthetically, extracting performance data from sketches, models or maquettes is difficult. 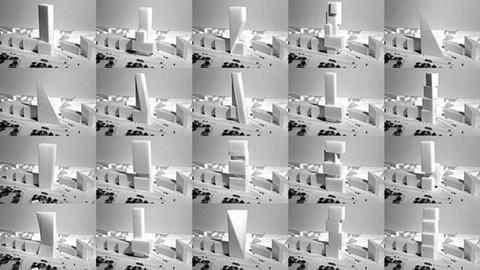 Foam models are easy to make but modelling all the technical parameters is more time-consuming. This is a concept scheme being developed by architects Bjarke Ingels Group, who developed the modelling tool with Ramboll

On the other hand, parametric design can offer all manner of qualitative data such as daylight dispersal, site coverage or area of envelope. What it can’t do is provide the same variety of design exploration as physical models or mimic the intuitive design variations or response an individual designer may wish to impose.

Providing a process that combined both these functions is the challenge that engineering consultants Ramboll have sought to address with their latest modelling software. Based on their work on various projects with architects like 3DReid and Copenhagen-based practice AG5, Ramboll Computational Design and Ramboll Facades have developed an early stage modelling tool that harnesses the capabilities of parametric design to subject conceptual massing models to highly intelligent performance analysis in order to broaden choices and aid design development.

As has already mentioned, there is an increasing variety of analytical, early stage conceptual design modelling tools available in the architectural and engineering software market. But as John Harding, Ramboll computational design principal designer explains, Ramboll believes its technique has a key difference: “It enables a design team to collaboratively analyse conceptual modelling proposals. But it also has the ability to make those models infinitely flexible in order to assist design exploration and development while still providing analytical information along the way. In so doing, it’s a tool that combines the quantitative aspects of BIM with the qualitative, or if you like, human aspects of design.” 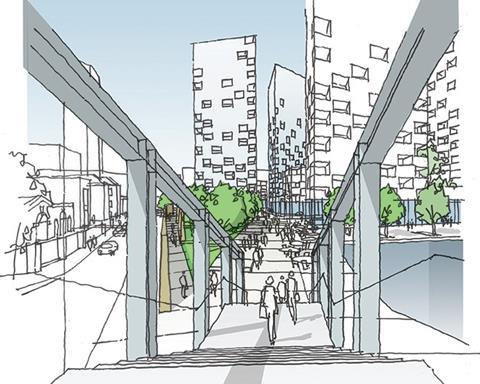 Intriguingly, Harding also describes the early stage parametric modelling process as almost a “counterpoint” to BIM. “BIM is dominated by quantitative data, it builds the model as the foundation of the project and integrates a huge amount of information onto that single template. But it works in a very linear way, it’s not very good at providing the design flexibility and exploration that characterises early project stages, even though that’s when most of the important design decisions that shape the outcome of the entire project are made.”

The kind of performance data, or “quantitative feedback” that Ramboll’s product is capable of extracting from multiple, simple massing models is huge. It can range from environmental conditions such as solar gain, shade, wind paths and heat dispersal to economic considerations such as optimum GEA (gross external area), accommodation mix, material cost to, even the amount of floorspace orientated to enjoy the best views and therefore capable of attracting higher rents. This analysis can then be used to inform choices that enable the design to develop. Harding is keen to point out that the tool still allows for a huge degree of variation as determined by constraints like site, context, climate and budget. He also stresses that analysis can be done at high speed and in real time, empowering the design team to quickly understand the consequences of massing variations.

Critically, Harding argues that this tool in no way seeks to replace the role of the designer but empower it. As he explains: “It follows a ‘nudge economics’ approach to move the design forward.” The “nudge theory” is a behavioural trait prevalent in economics and political science that essentially maintains that groups and individuals make better decisions if influenced by suggestive information rather than direct instruction. 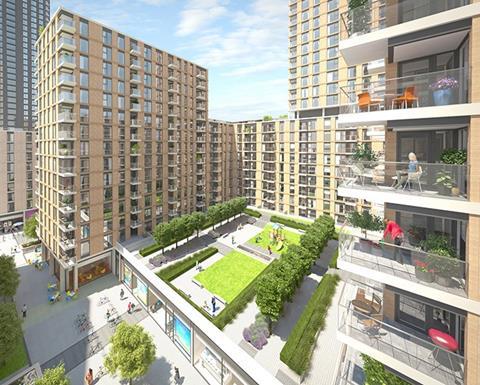 A visualisation of the East India Dock project

In a construction sense this could apply to a team of stakeholders who are able to make more informed early-stage decisions when faced with more intelligent information right at the start of a project. Ramboll argues that use of their process essentially creates choice.

But can too much choice be a bad thing, particularly at early stages of a project when other constraints or limitations may not yet be apparent? Conventional modelling software might be able to create three or four design options; Ramboll’s technique can create thousands.

Harding addresses the issue of choice by introducing another capability integrated into their tool: weighting. “Relative weighting is important. Different elements may be valued as different priorities by different people. The weight added to certain aspects can then help inform the design. Weighting is also important because it helps incorporate the human element.”

Harding cited an instance where weighting directly affected the evolution of a model and, accordingly, the design. At Gran Rubina Tower in Jakarta, Indonesia, solar weighting gave bias to a concrete frame to minimise solar gain. 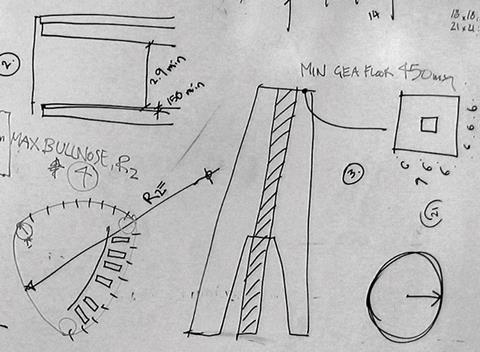 Brainstorming concepts done the ‘old fashioned’ way (on a white board) for the Gran Rubina Tower in Jakarta. By using Ramboll’s early stage parametric modelling, thousands of modelling options could be created

Architect 3DReid used the tool in parallel with traditional model making and sketches to see how the two approaches compared on a residential scheme at East India Dock in London’s Tower Hamlets. “With the traditional approach you have to rely on intuition and rules of thumb which limits how many options you can explore,” explains Charlie Whitaker, concept group leader for 3DReid.

“With this you can explore more options. We found our traditional methods weren’t too bad but found some of the parametric options generated by the computer modelling did better, namely daylight [levels in the apartments]. It is a very high density scheme which means daylight is a limiting factor, particularly at lower levels. We could see what kind of things would perform the best and tweaked the dimensions and spaces between the blocks accordingly.”

In many ways design is about consequences and Ramboll’s process provides a programmatic encapsulation of how decisions can affect design. But Ramboll has also clearly gone to great lengths to create a tool that tries to incorporate and does not suppress the human input and spontaneity, or qualitative spirit, that is central to the design process.

This, for Harding is key. “We’re not looking at creating a finished tool, it’s more a methodology that’s changing all the time. It might be based on parametric design principles but it’s not constrained by them; the model can still only be developed by things the designer knows or wants.”