Biofuel for heating or transport? 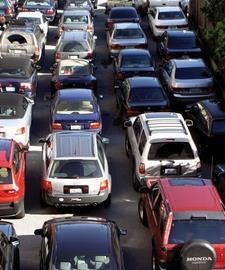 Andrew Robertson puts forward a convincing case for the use of biofuel (rape-seed oil), of which we must all take note (Field Studies, BSJ 07/06).

However what must equally not be forgotten is the comparison of the quantities of fuels consumed with the quantities of biofuels that can be produced in the UK, always bearing in mind that we ought to grow as much food locally as is possible. This kind of comparison suggests, for instance, that rapeseed oil should be reserved for transport.

Basically, the UK is overpopulated by a factor of more than three for food production and nearer six for sustainable biofuel plus food. Bearing this in mind, the GLA’s ‘10%’ for buildings, often thought of as a start point, should be considered close to the current realisable maximum, and be constituted wherever possible from waste, solar or wind. The rapeseed oil is needed for transport.”

John Moss’s comment concerning the need to compare quantities of fuel consumed against our ability to grow both food and energy crops is correct. However, I disagree that the figures support his claim that oilseed rape should only be used as a transport fuel.

Currently, Defra does not allow food crops to be produced from set aside land, therefore B20 heating oil produced from waste vegetable oil (FAME biodiesel) and 0.33 MHa of oilseed rape grown on set aside land will not impact on the food industry as suggested by John Moss.

The bulk of transport biofuels consumed in the UK over the next few years will probably be imported to reduce the food crop impact. I’ve demonstrated that B20 biodiesel heating oil can be produced without any need to import, which supports UK farming and the UK economy as a whole.