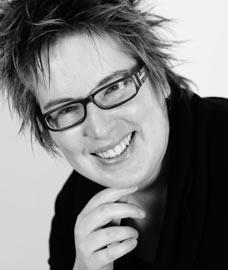 Since its creation in 1990, the BRE’s Environmental Assessment Method (breeam) has expanded from office projects to cover all kinds of building and has been updated regularly to remain ahead of legislative requirements, with the aim of encouraging sustainable design above and beyond the requirements of legal compliance.

The most recent update, released in August, carries a revision of the technical requirements for a number of credits, to align with current good practice, but also has more fundamental changes which reflect the state of play on sustainable development in the industry and the wider political arena.

A significant change is that a BREEAM rating must now be verified at the post-construction stage. Previously a post-construction review was an optional and separate assessment stage, which could be commissioned after or instead of design stage certification. As uptake of BREEAM has increased, however, stakeholders have become aware that not all commitments made during the design stages make it through to construction and commissioning.

The main impact of the change will be in verification. The evidence necessary to demonstrate compliance post-construction will need to come from bills, tenders, employer’s requirements, inspections, warrants and certificates. There will be more information sources from which evidence will be drawn and it may take longer to assemble.

Further effects are likely as higher ratings are sought, such as a requirement for suppliers to have ISO 14001 certification and for construction products to contain recycled materials and have a lower environmental impact.

As a result of BREEAM 2008, the principal contractor is likely to have closer involvement in meeting the objectives of the scheme, making it easier to champion sustainability from the outset and helping to embed sustainability into the procurement process.

The BREEAM methodology had been criticised for giving insufficient weight to important issues such as carbon emissions. This has changed: BREEAM 2008, like the Code for Sustainable Homes, lays down minimum and increasing standards of performance across a range of important parameters, such as carbon emissions, waste, flood risk and storm water run-off, and potable water.

These minimum standards must be met before any rating can be achieved, and the higher the rating, the more the bar is raised. Mandatory credits are concerned with issues high on the sustainability agenda where legislation and political impact are moving fastest.

The highest rating available previously was “excellent”, equivalent to a credit score of more than 70%. The 2008 update introduces an “outstanding” rating for scores above 85%, which only a small number of buildings have achieved up to now.

This recognises the fact that the highest rating is sought as a demonstration of maximum sustainability performance, and that the “excellent” banding was too wide and failed to differentiate sufficiently between qualifying buildings. This was compounded by the fact that “excellent” could be achieved by buildings with the minimum (Part L) carbon emissions performance. The new highest rating has already become the aspiration for many upcoming projects.

Where a design will demonstrably reduce a building’s impact on the environment in an innovative way, extra credit can be applied for from the BRE (there will be a charge for this). Design innovations can potentially give a bonus of 10% to the score. Innovation credits are a feature of other methodologies, such as LEED in America.

In the past, many of the BREEAM credits could not be awarded for speculative buildings with minimal fit-out of services, even in the case of credits that potentially would be achieved later in the project but could not be demonstrated through tenant commitment or contractual clauses. This gave speculative buildings, particularly shell and core retail, a disadvantage and made high ratings impossible to achieve.

The update permits a “potential” rating to be established, in recognition of the fact that there are fewer assessable credits for shell buildings and that definitive information on fit-out issues may not be available until a tenant is found. The potential rating can be realised in the finished building with suitable servicing and fit-out, and provides an incentive for raising the performance of fit-out designs.

A VERSION FOR EVERY BUILDING

BREEAM can be used to assess the environmental performance of any type of building, new and existing. Standard versions have been drawn up for common building uses (see below) and less common building types can be assessed against tailored criteria under the BREEAM: Bespoke version. Buildings outside the UK can also be assessed using BREEAM: International.