BREEAM, LEED and Green Star: Who's the fairest? 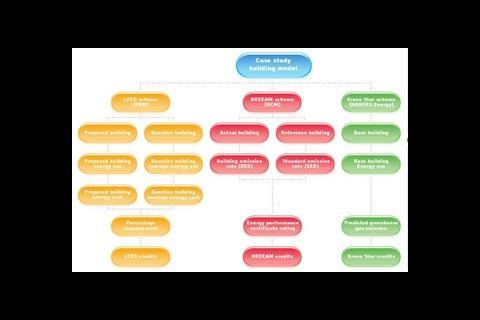 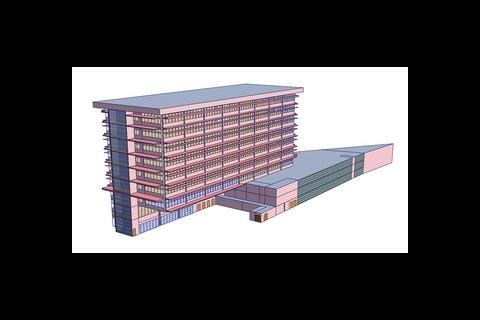 Geometric representation of the case study building, seen from the north-east. 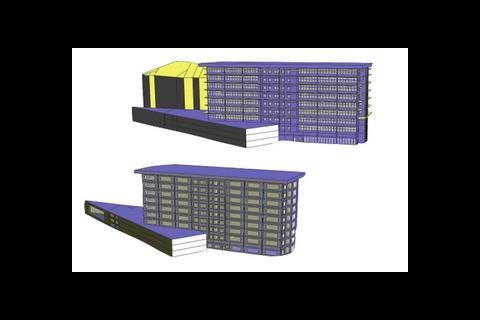 The energy rating methods of the UK, the US and Australia have influence far beyond their own borders. So how do they stack up against each other?

What is the best way of measuring the energy performance of a building? As the pressure to reduce CO2 emissions mounts, it is important not only that buildings work better, but that their designers and operators can measure the levels of improvement.

They want to be able to demonstrate their virtues, not just for altruistic reasons but also to attract potential purchasers and to satisfy regulations or win grants.

This is why some countries have developed their own assessment methods – BREEAM in the UK, LEED in the US, and Green Star in Australia. All are relatively rigorous, and it is fair to say that a building with a high score is better than one that does not fare as well. But how does one assessment method compare with another?

This matters, because the schemes are spreading beyond their national boundaries, either to countries that have no rating system of their own, or travelling with clients who operate internationally. LEED is already used in 24 countries. BREEAM is developing an international standard for use in the Gulf and in Holland. Green Star is used in South Africa and New Zealand, as well as Australia.

These systems are butting up against each other increasingly, but until now there has been no real comparison between the ways they work, and the results they produce. This is the work that a team of four at Glasgow-based simulation company IES, led by Ya Roderick, set out to do. They compared not the whole assessment process but the energy component, which in all three cases is equivalent to just under 15% of the total potential score.

They applied the methods of each to a model of a hypothetical eight-storey commercial building in Dubai, with open-plan offices and a three-storey car park. The building, which contains all standard facilities, including a data centre and showering and changing areas, is fully air-conditioned and uses no renewables.

The team then used IES’ Virtual Environment software to score the building under each process. Under LEED, the proposed building is compared with a baseline building model, which is set up with four orientations – 0°, 90°, 180° and 270° – so that it does not shade itself. The energy rating calculation is based on the annual energy cost of running the proposed building against the average annual cost of the baseline building, using actual rates for energy or state average energy prices.

Green Star rates the greenhouse performance of the landlord-operated services in an office building. Unlike the two other approaches, it does not carry out a comparison with any kind of reference building.

So how did they fare? Under LEED, the hypothetical Dubai building showed only a 7.8% improvement in energy performance related to the base building, which is less than the 10.5% improvement needed to score just one point. So the building failed its LEED assessment. Under BREEAM, the building fell into category B for its energy rating, which gave it two out of a maximum of 15 points available. In contrast, under Green Star, the building scored 11 points out of a potential 20.

Why are the results so different? Roderick says: “The main difference is that LEED and Green Star pay a lot of attention to the HVAC.” This may be because Green Star is designed for a hot climate, and LEED covers all the very diverse US climate zones. But obviously there is also a big difference, since Green Star gave this building such a high score, whereas LEED failed it. “Green Star only compares with one building,” Roderick says. “So if you make any small changes to your system it will directly impact on your final scoring.”

It is very difficult to say that one system is better than another. They were all designed for internal comparison between buildings scored under the system, rather than comparisons of buildings appraised under different systems. But this research does show that different systems produce different results, so one should be wary of comparing across the systems.

Green Star is unlikely to be adopted widely outside its immediate areas of influence, but there are many countries that look both at LEED and at BREEAM. “It is interesting that LEED is more rigorous than BREEAM,” says David McEwan, Roderick’s colleague and one of her co-authors. “We can ask if BREEAM should have the option to be more rigorous, to go into plant more thoroughly, for example.”

This rigorous approach has a cost, though, and it is a financial one. As American clients in the UK become more environmentally aware, some have started to think about having LEED assessments of their UK buildings. “We have had a few queries for LEED studies here,” McEwan says. “I am afraid the price puts them off.”

One reason why LEED is more rigorous than BREEAM is because it has the potential to deal with much more varied climates. The IES study looked only at one building type, in one climate, and one particular orientation. Even that was quite an undertaking. But it is important work, and Roderick would like to do more of it.

“We are interested in fully understanding the methodology in order to guide our clients,” she says. “And at an academic level nobody has done this work – it’s very complicated.” She hopes to extend the work to other climate zones and building types, so that one day we may have a deeper understanding of the similarities and dissimilarities of these methods.