One year on from the EU referendum, nobody knows how a post-Brexit world will look. Here are some of the legal issues that will warrant the sector’s attention 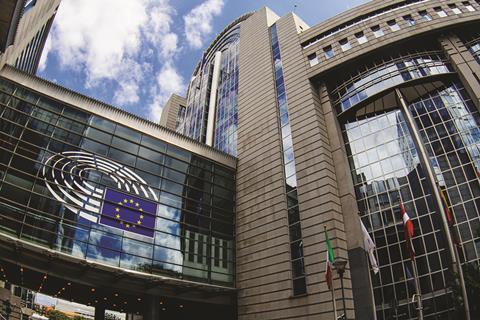 The real estate world is one where commercial relationships must be built to last. Whether constructing or acquiring a building or establishing the terms of its occupation, the key players have long understood that property liabilities can be as complicated and illiquid as the asset itself; as unwieldy as concrete and as sticky as paint.

In this context, as property lawyers, we are well versed in drafting today’s solutions with one eye on tomorrow’s known unknowns.

Last June, we witnessed funds slamming their doors as the pound plummeted. Then the market took a deep breath and rolled up its sleeves.

But one year later, with the clock now ticking on the divorce settlement with the EU, nobody knows how a post-Brexit world will look. We do not know which laws the UK will retain, or what the negotiating team will be seeking (quite possibly, neither do they).

So how can developers and investors ensure that their contracts, at least, are truly strong and stable? Here are a few legal issues that we say warrant attention in pre-post-Brexit deals.

We are all aware of the fear that an end to the free movement of people will put a significant squeeze on labour and skills in the construction industry. What exactly this gap will do to the cost of building contracts remains to be seen. However, it may reasonably be expected that workforce bills will increase. This is exacerbated by the huge push for more homes as well as big ticket infrastructure projects (HS2, Crossrail and Heathrow and/or Gatwick expansion). How will this cost risk be shared? Will the developer price the deal accordingly or will parties seek to top and tail the labour element of development costs when calculating profit, for example, for overage? The indexation of construction costs generally will also need to be considered when costing building contracts.

Much like the risk of labour shortages, the costs of importing construction materials will certainly increase if the UK loses its tariff-free access to the single market. But the impact will not just be felt on EU goods; with a two year exit period before we revert to World Trade Organisation rules, it seems highly unlikely that the UK will be able simultaneously to replace the many hundreds of EU worldwide trade treaties with non-EU countries, complicating imports further.

The cleanest way to provide for the unknown is to treat the worse-case scenario as a force majeure and insert a conditional clause into the contract that triggers a walk-away from the transaction. This will be attractive for tenants whose businesses depend on a continued presence within the single market, or banks whose bread and butter transactions rely on passporting rights. The appetite of sellers or landlords to permit conditionality might well depend on general resilience of the market over the short term – and increase as the framework of a Brexit deal starts to take shape.

Ordinarily, contracts operate within a legislative framework that is tightly meshed with the laws and regulations of the EU. Any references to “statute” tend to incorporate all applicable legislation deriving from Brussels, which might govern such broad issues as competitive regulation, data protection or the phasing out of old air conditioning coolant. The infamous “Great Repeal Bill” is something of a misnomer, incorporating rather than repealing as it does, but it remains entirely unclear which particular EU laws the government will deem offensive enough actually to repeal or when this will happen. It may be worth incorporating any particular concerns explicitly, for ongoing certainty. The election result may be good news for foxes, with the prime minister’s struggling government less able to advance a new vote on hunting them, but we suspect the great crested newts may be targeted early on for some positive column inches in pro-Brexit newspapers. Relaxing strict EU development rules around protecting these amphibians might, theoretically, free up new sites for construction while less high profile but possibly equally important legislative reforms (for instance, to the Housing and Planning Act 2016 and Neighbourhood Planning Act 2017) could be pushed to the back burner.

While everyone agrees that there is a crisis in affordable UK housing, the current short-term political uncertainty puts a question mark over how and when the government’s famous housing white paper will be implemented. Mooted reforms are likely to require cross-partyconsensus to implement. In the meantime, landlords and developers must decide how cautiously they will treat the political intentions when structuring their transactions, for instance, the threat of ground rent controls. The more adventurous are already exploring build-to-rent investments or serviced retirement lets – here at least the industry is carving out its own opportunities the way it does best.

At present, there are frameworks in place to govern pursuing a party that is located in the EU. This could all change once the UK is no longer a member. Parties may therefore seek to add some wording to deal with the situation, for example to compel an overseas landlord or occupier to nominate a UK address for service.

Timelines could well shorten for local authority developments if Brexit removes the requirements of the EEC procurement route. It can currently take a minimum of 18 months to go through the rules (advertising for tenders, and so on) when placing large service contracts, but if these requirements end, expected timelines may be condensed and conditionality clauses in service contracts, for example, could be tightened.

Implementing planning permission can trigger the necessary payment of community infrastructure levy (CIL), which is actually indexed linked by reference to both the date of consent and the date of payment. The plummeting pound and RPI increase will push up CIL costs, so clauses dealing with the allocation of CIL liability will require even more scrutiny.

If the pound continues to freefall, the UK will become more attractive for overseas investors. But housing may fall out of favour as an asset due to the 15% stamp duty land tax regime for “non-natural buyers” (certain companies, partnerships and collective investment schemes). After nearly a decade of widely reliable growth, contracts factoring in delayed valuations and price mechanisms must cover the risk that assets may be worth less over time.

In seeking the widest possible remit at the general election, Theresa May gambled on her belief that the UK’s desire for stability was greater than its interest in the small print. The result was not good for the Conservative Party - but for the property industry it is just possible that a minority government casting about for strength and stability on a platform of centre ground consensus rather than bullishness might be its best bet.

After all, relationship-building is what the construction and real estate industries do best.

Al Watson is head of planning and environment, Jill Carey is a senior associate in real estate disputes, and Clare Harman-Clark is a real estate professional support lawyer at law firm Taylor Wessing