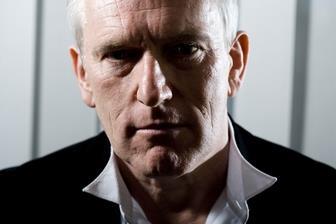 Public guilt about climate change is a waste of energy, says the controversial author. He tells Krystal Sim where we’re going wrong

Innovation is what’s going to save us, not EPCs, according to James Woudhuysen, professional myth-buster and forecaster. Progress may have got us into this mess but it is also what is going to get us out of it, if his radical take on stopping climate change is to be believed. In his book Energise! he contends that the answer is a bigger, better energy supply, not individual guilt.

“The responsibility lies with the energy supply companies. We do need better buildings but the fix lies in precise manufacturing and construction, not felt and insulation,” Woudhuysen tells me. “Architects or designers who think their job is to save the planet are engaged in a displacement activity. Buildings do not generate greenhouse gases but energy suppliers do.

“We need more energy efficient homes, new low-carbon energy supplies and a more energised society that looks up to engineers before rock stars such as Bono. We need an aggressive investment programme in biofuels, large-scale renewables, carbon capture and storage and nuclear. Climate change is not a moral issue, so we should all breathe a little easier.”

Advertising campaigns everywhere remind us to switch off lights, not leave the PC or TV on standby, use public transport instead of the car and for goodness sake don’t fly. The emphasis is on changing public behaviour. But does this new wave of energy responsibility signify a welcome shift in public priorities, or a worrying example of compliance to the state? Firmly of the latter view is Woudhuysen, professor of forecasting and innovation at De Montfort University, Leicester, who believes that climate change anxiety could jeopardise the ambition and aspiration that are key to solving the problem.

“There’s a Victorian industry still flourishing in this country and it’s called guilt,” he says. “What I and my co-writer [Joe Kaplinsky] have tried to say in Energise! is that climate change is a mistake, it’s not a misdeed. We made a mistake; it’s not the first and it won’t be the last. It’s not a moral issue, which is what the greens try to make it.”

Woudhuysen believes climate change has filtered into the public psyche in the most negative way. A vacuum created by the end of left and right politics has, he says, led to less clashing of ideologies and more emotionalising of public discourse, fuelled by a culture of fear – the kind of “unknown unknowns” enlisted in the so-called war on terror.

With the “science” of climate change becoming enshrined in the public consciousness, does that make green the new god? “I’m an atheist,” he says. “But I will say one thing for religion: it is supposed to be about the transcendence of the here and now, the aspiration to a better world or experience. Do we identify that kind of vision with our green friends?” The look on Woudhuysen’s face suggests otherwise. “It’s more a case of ‘stop the world, I want to get off’. This idea that we have to be pushed back because we have made a mistake is stunting our ambition and innovation – which is what’s going to save us.”

Woudhuysen’s CV is an intriguing mix of science and the arts. Inspired by the space race, he studied physics at Sussex University followed by a postgrad in the political economy of nuclear energy. He was editor of Design magazine and head of research at the international design consultancy Fitch. In the 1990s he led IT consulting at the Henley Centre and managed market intelligence for the electronics firm Philips, becoming an independent consultant in 2001.

He comes across as the ideal teacher: knowledgeable without being pompous; enthusiastic but with a focused restraint. He cites Einstein and Copernicus as influences, but also name-checks Steve McQueen and Mel Brooks.

Woudhuysen describes his book as a call to arms to change the way we produce energy. As evidence, he gives figures from the Intergovernmental Panel on Climate Change showing that in 2004 the world’s road transport created about 4 gigatonnes of CO2 emissions while electricity plants and oil refineries contributed three times as much. Power generation accounted for more than 27% of manmade CO2 emissions and were, Woudhuysen asserts, by far the biggest source of greenhouse gases.

Energise! cites a 2001 report by British ecologists, and endorsed by the National Federation of Women’s Institutes and the Faculty of Public Health Medicine, which said that: “Every time we eat, we are essentially eating oil.”

Designers who think their job is to save the planet are engaged in a displacement activity. Responsibility lies with the energy supply companies

He likens the green lobbyists’ linking of consumption with gluttony to the way friends and family might talk to an alcoholic relative – an attempt to prise the “energy fatties” away from their addictions to foreign oil and energy. “It comes back to control,” he says. “Controlling your perception of yourself, watching and judging your every move and saying you are the problem. You are the cancer on the planet.

“The public has deluded itself into this guilt state, where they are personally responsible for the problems with our environment. Every dinner party conversation reduces to ‘How did you get here?’ and ‘How did you offset that?’ The impressionability of the middle-class Daily Mail reader is sometimes staggering.”

Despite the fact that at this point, with arms folded behind his head and legs outstretched, Woudhuysen appears ready to kick off his shoes and relax, there’s a serious note of frustration. What he perceives as green puritanism comes up again and again. “I had a run-in with Jonathon Porritt of the Sustainable Development Commission recently,” he says.

“Porritt was banging on about there being only one Earth and during the Q&A session I asked what the commission was doing to lobby the government for more investment in solar power research. He gave some flouncy response about ‘market failure’ and the lack of government action. He’s really on a quest to moralise human behaviour, not to build a new energy supply. That requires being serious about investment and research.

“The greens’ core business is outrage, but that is not enough to change society. It has to be more than going off the grid – that is a petty bourgeois utopia. Wind turbines in London aren’t going to cut it compared with large-scale offshore operations.”

Tongue firmly in cheek, he adds: “As a scientist, of course, I hate birds, bees and the environment. I want everything to be concreted over. If I hear ‘we’ve only got one Earth’ one more time, I think I’ll throw up.”

Removing guilt is one thing, but the issue of energy consumption and climate change will remain. What solutions does Woudhuysen propose? He is pro-nuclear and pro-renewables. The issue of power cuts is something he believes we will have to deal with because of the “disappointing” timeline that sees the UK’s new nuclear power stations coming online from 2025.

On wind power and large-scale renewables (or astronomicals, as he calls them), he is alarmed at how lack of investment is hindering research. “The fear of making a mistake is enormous in this. Just look at the UK government’s priorities: £20 billion on Trident; £6m on carbon capture and storage. A half-trillion bail-out for banks while the Engineering and Physical Sciences Research Council’s budget for robotics was £800,000. Innovation is what’s going to save us, but they won’t spend more than the price of a house in Putney on robotics.”

Woudhuysen, a self-confessed Sixties man and “lefty”, is nonetheless optimistic that progress will be made towards finding the answers to climate change and being bold enough to demand them of the true culprits. “Perhaps the next generation will make these demands, and seek out the ambitious solutions needed. The dismissive ‘whatever’ approach just won’t wash.”

Do you agree with Woudhuysen?