The construction activity index, at 43 points for July, suggests that workloads are contracting again, which they have not done since March. The repair and maintenance index, having tightened in Q2 of 2016, lost yet another three points to 42.

Both the residential and non-residential indices contracted sharply in July to 38 and 48 points respectively. These drops did not prove severe enough to lower their three-month averages below 50, yet this may well happen next month. In contrast, the civil engineering index ticked up by one point from 43 to 44.

The orders index dropped to 61 points in July, down six points since June and 12 points since its peak in April. That said, the index remains in positive territory, where it is expected to stay for at least the next month, given that tender enquiries are still growing.

The downward trend since February in the tender price index continued in July. The index now stands at 51 points, barely above deflationary territory. This is a level unseen since late 2013.

The employment prospects index dropped 12 points in July to 43 points, deep in contractionary territory, where it has not been since October 2015. Whether the general pessimism over the last couple of months will continue beyond the short term remains to be seen.

Despite the negative developments in the activity and employment prospects indices in July, nearly half of the survey respondents (45%) reported encountering no activity constraints at all. About a third of respondents saw insufficient demand as a negative factor, while 9% were troubled by financing issues. Only a small percentage of respondents encountered shortages of labour or materials. 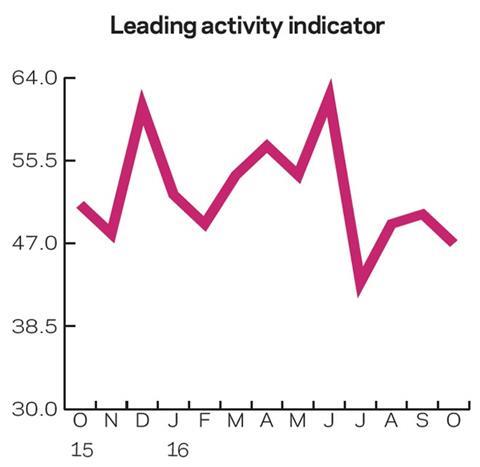 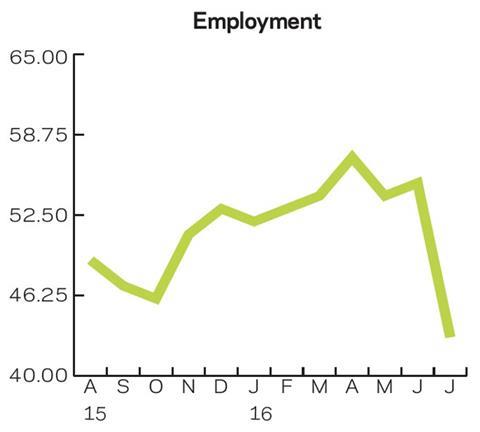 The CFR’s Leading Construction Activity Indicator dropped significantly by 19 points in July to a level of 43. Experian expect it to improve marginally in the coming months through November, though to remain in the negative-growth to no-growth zone. 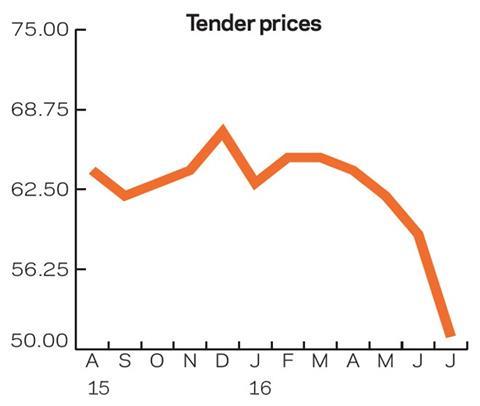 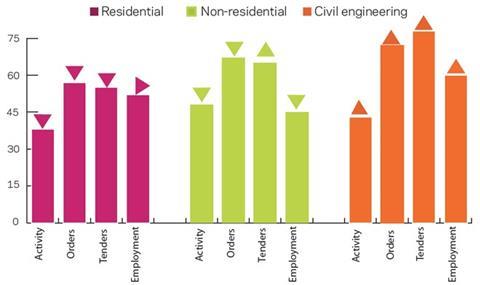 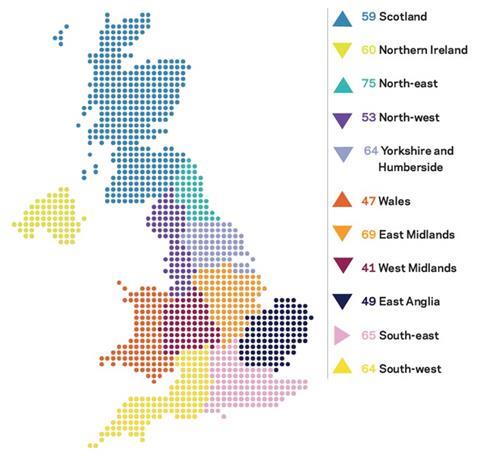 When looking at their composite indices, the most improved UK regions in July were the North-east – the current leader in growth, South-west, Scotland and especially Wales. Despite its improvement, however, Wales’ index still remained below 50.

The index for the South-east remained unchanged at 65 points, while all remaining regions saw drops of between three and six points in their indices. The West Midlands in particular continued its sub-par performance with another drop of five points down to 41. East Anglia’s index also dropped to a level just shy of zero growth for the first month in over two years.

The UK index, which looks at firms in five or more regions, fell again in May, this time by nine points to 58. This is the lowest value since the turn of the year.