The construction activity index ticked down three points, while the R&M index lost points and is exactly in the zero-growth region, after just one month of positive growth. Experian Economics reports

The construction activity index ticked down three points to a level of 54 points in October. The repair and maintenance (R&M) index also lost points this month and is currently exactly in the zero-growth region, after just one month of positive growth following six consecutive months of contraction.

Both the orders index and the tender enquiries index stood at 63 points in October, which represents a drop of seven points for the former and an increase of six points for the latter.

The sector-level tender enquiries indices stands at 59 points for the residential sector, 70 for the non-residential one, and 57 for the civil-engineering one.

Over two-thirds (68%) of respondents reported encountering some type of a constraint on their activity, the highest percentage since March. The increase is due to increased percentages of respondents reporting insufficient demand (34%) and financing issues (18%). Labour shortage was also a factor for a number of respondents (8%), but material shortages only affected 2% of them, the same as weather considerations. 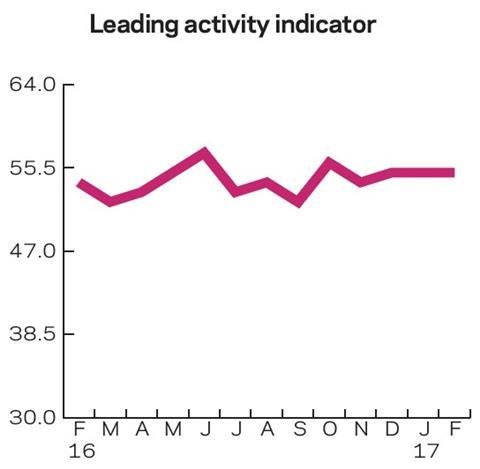 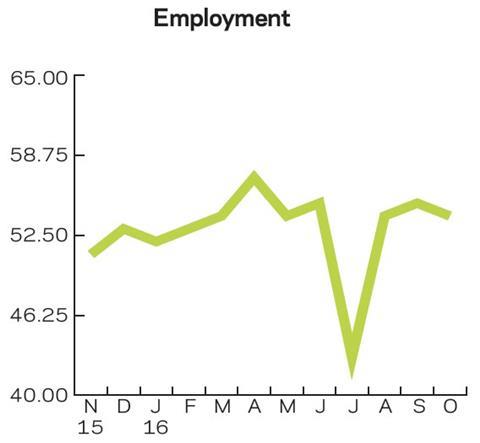 The CFR’s Leading Construction Activity Indicator lost three points in October, sinking to a level of 54, at which it is likely to remain over the next four months. 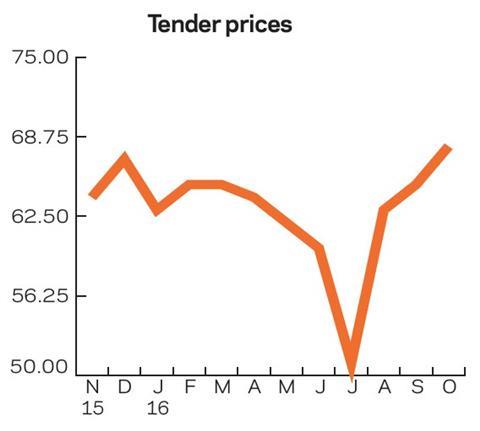 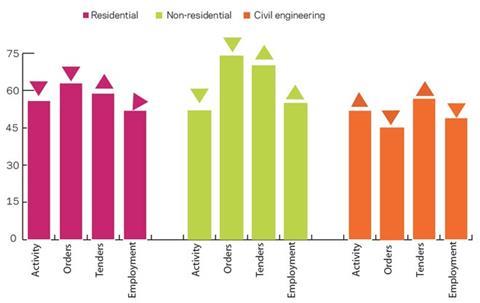 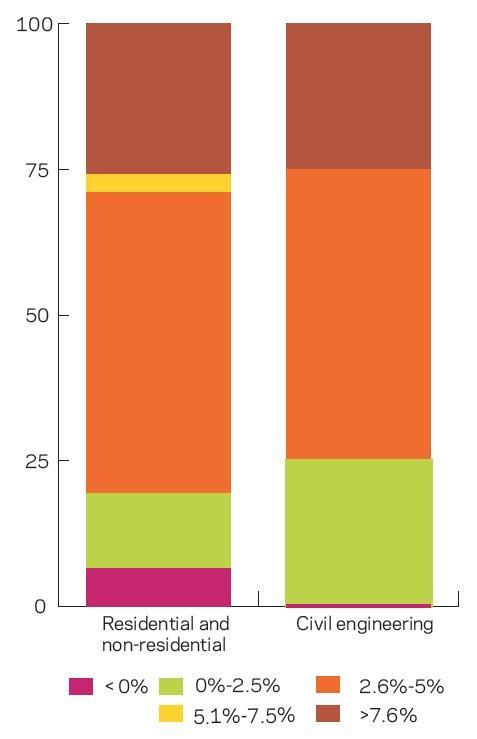 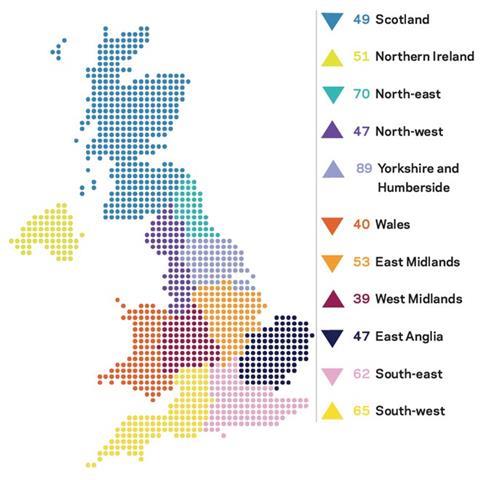 Yorkshire and Humberside’s regional index saw the largest gain in October and now stands as the undisputed leader at 89 points – almost 20 points ahead of the second highest – the North-east (70) – which lost 11 points this month. The West Midlands again brings up the rear with 39 points, five points higher than in September, but still nowhere near the positive-growth range. Wales, the North-west, and Scotland are also in negative territory with 40, 47 and 49 points respectively.

The remaining regions are largely unchanged in October, having gained or lost only up to a couple of points from last month’s standing.