The residential activity index decreased while the non-residential sector index moved up. The civil engineering index saw a fall, but stood the highest among the three. Experian Economics reports

The total activity index was unchanged from last month, remaining below the no-growth bound at 48. The R&M activity index moved into negative territory as it fell by 13 points to 40.

The residential activity index decreased by 13 points to 39, while the non-residential sector index moved up eight points to 46. The civil engineering index saw a fall of six points, but stood the highest among the three, at 70.

The orders index remained in positive territory, despite ticking down by one point to 56. The tender enquiries index signalled expansion as it moved above the no-growth bound, rising by four points to 52. However, both the residential and non-residential order indices lost momentum, dropping one and five points, respectively, to 57 and 49. Civil engineering rose 11 points to 79.

The tender enquiries index for civils edged down one point in September but remained the highest of all the sectors, at 64. The residential tenders index remained in the same position as last month at 48, while the non-residential index increased by six points to 51. The tender prices index settled at the no-growth bound as it lost nine points in the course of September.

The employment prospects index remained at 44, the same as the previous month and its lowest since July 2017.

The results from September suggest the share of respondents experiencing activity constraints has increased. Fewer than half of respondents (40%) reported no constraints to construction activity in September, down from 48% in August. Those reporting financial constraints and unfavourable weather conditions increased by eight and nine percentage points, respectively, to 15% and 9%.

The percentage of firms reporting labour shortages as a constraint increased to 6% (4% in August). Insufficient demand constraints saw a decrease to 18% (24% in August) and material/equipment shortages continued to have no effect over construction activity over the past month, according to respondents. 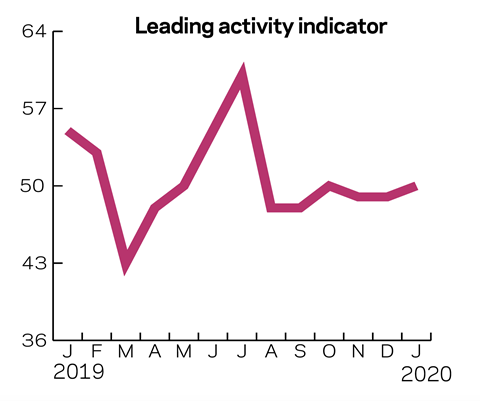 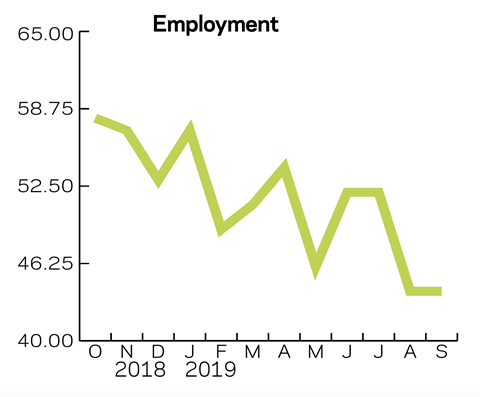 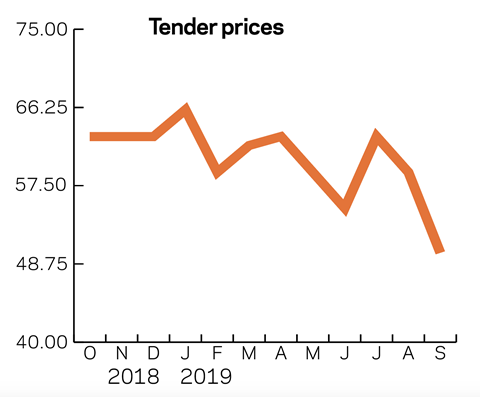 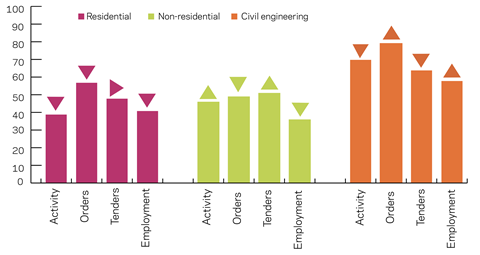 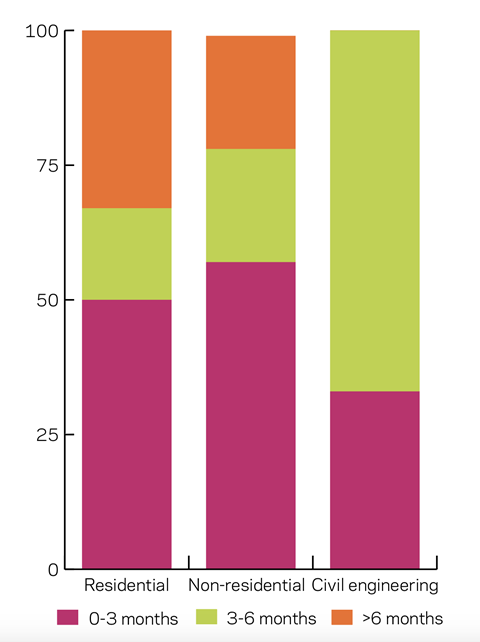 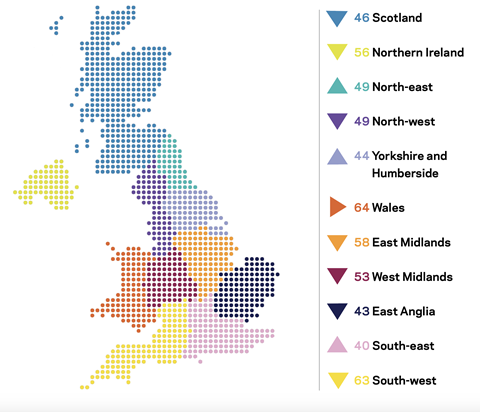 The overall regional developments were mixed in June. Seven of the regions saw their indices lose points, and six were in negative territory. However, the UK composite index remained on the expansionary side, unchanged from the previous month at 64.

Wales ranked as the fastest growing area, retaining an index value of 64 for a third consecutive month. The South-west sat marginally behind after losing three points to 63, while the East Midlands came third after losing four points to 58.

The largest positive change was seen in Yorkshire and Humberside, which gained eight points, although it remained one of the weakest regions, with 44 points. The North-east and South-east were the only other regions that exhibited a higher index value than the previous month, gaining two and three points, respectively, to stand at 49 and 40.

The South-east nonetheless exhibited the lowest score of all regions and devolved nations, but it was the West Midlands that saw the largest negative change. It lost 17 points but remained just above the no-growth bound with 53 points.

East Anglia stood as the second weakest, after ticking down one point to 43. Scotland and Northern Ireland similarly lost one and two points, respectively, to stand at 46 and 56. The index for the North-west was the only one to slip from positive to negative territory as it lost eight points to 49.

NOTE: This article draws data from Experian Economics’ survey of the UK construction industry, on behalf of the European Commission. Unfortunately, as a result of the ongoing uncertainty surrounding the UK’s departure from the EU, Experian Economics will be discontinuing this survey.