A giant leap for Foster 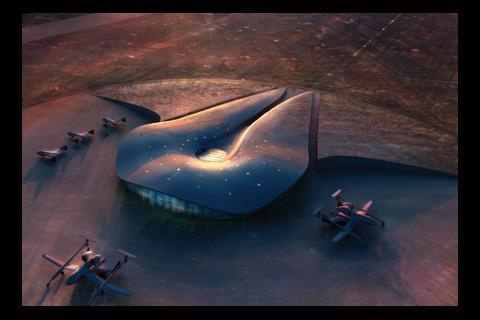 Foster’s spaceport will be sinuous and organic in shape 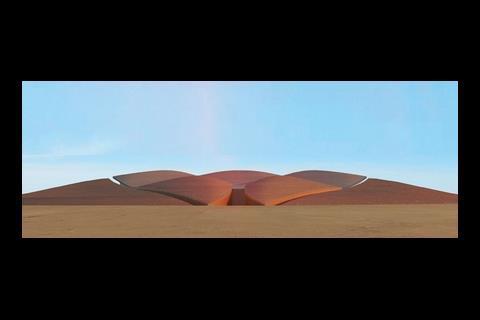 From ground level it will look like a low hillock 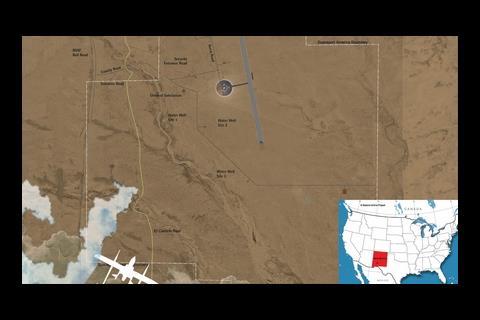 It will be located in the remote desert of New Mexico 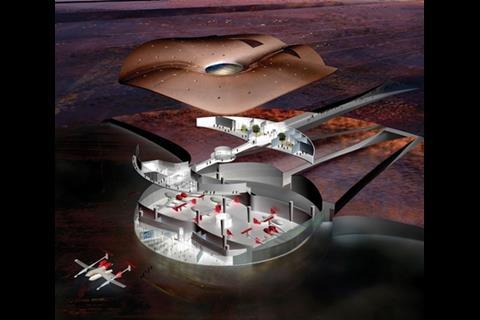 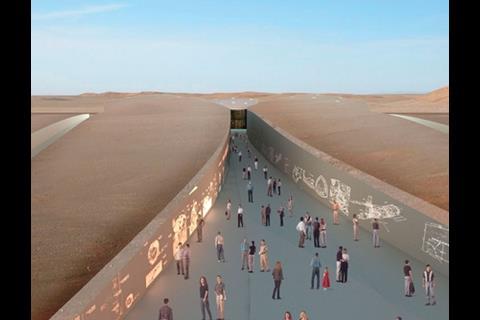 For Norman Foster, this was the final frontier. The architect with a passion for aircrafts and flying has won an international competition to design a spacecraft launch pad in the New Mexican desert.

The first commercial spaceport in the world is being built to make Sir Richard Branson’s dream of space tourism a reality. The 8,685m2 building, for which Branson’s Virgin Galactic is tenant, will contain a double-height spacecraft hangar, mission control, a departure lounge and spacesuit dressing rooms.

The two-storey, circular building will be covered by a sinuous roof that will stretch out into a pair of tails on each side. Entrance will be through a deep channel cut between the two tails of the roof. Foster + Partners claims these forms “seek to capture the drama and mystery of space flight”.

Ironically, for a building devoted to blasting mankind into outer space, it was designed to have a minimal impact on planet Earth. With its flowing roof and body partly buried in the ground, the building will resemble a low hill.

It will use the ground into which it is sunk as a thermal buffer against the extremes of the desert climate. Before the hot desert air is admitted for ventilation, it will be naturally cooled by passing through an underground labyrinth.

The roof’s concrete shell will act as another thermal buffer, while glazed panels and holes in the roof and perimeter wall will admit daylight and expel exhausted air. These passive means earned Foster’s design a platinum rating in the United States’ Leadership in Energy and Environmental Design accreditation for sustainability.

When the spaceport starts operating in three or four years, what are the chances of the architectural lord taking a seat in – or even piloting – the first spacecraft to be launched from it? Pretty high, I would guess.