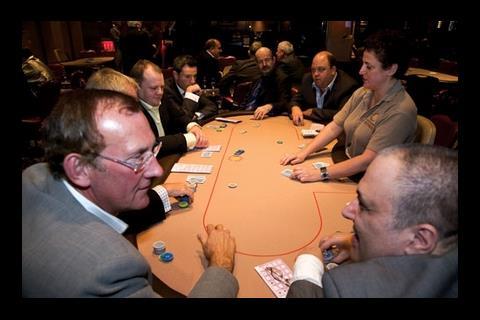 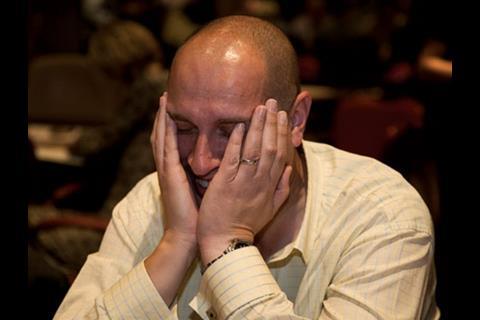 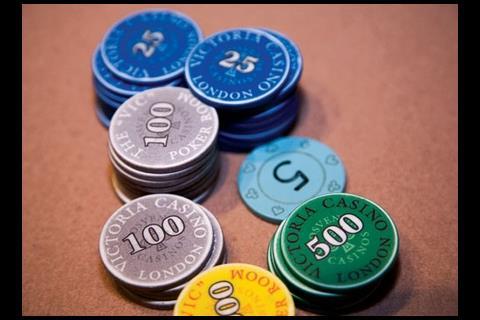 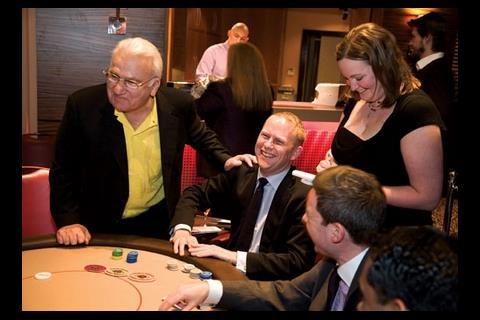 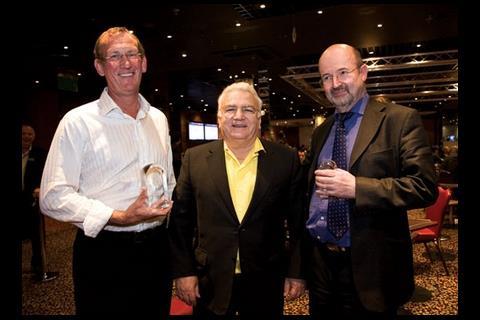 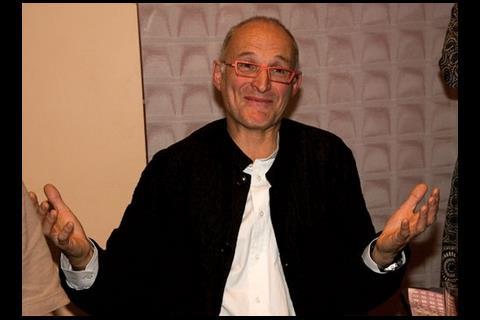 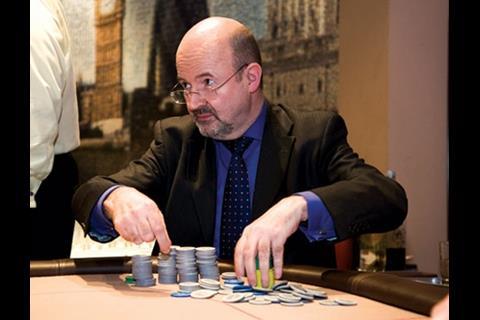 And then there were three …

The light outside has long since faded. Almost everyone is now a loser and the talk has turned to the cruelty of fate, the trip queens drowned in the river by a fluke straight, the full house folded before a bet was laid, the brilliant bluff called by a beginner who thought he was throwing in his hand …

Meanwhile, on the beige gaming tables the neat columns of chips are spread in slicks of brightly coloured plastic before the final three players. At least one of the guests at Building’s 2008 Poker Kings tournament is picking her way back to the buffet table in search of some more excellent cheese souffle.

Eric Roberts is fixing Jim Dunsford with a steely glare. Across the table, the inscrutable Stephen Harvey examines his hand carefully, brooding on an inscrutable intention, then, with both hands, he pushes in his chips …

Sitting at table one of London’s Grosvenor Victoria casino, the three happy few are the last of the hopefuls who took the stage three hours earlier. Building’s second annual poker tournament, held last Thursday night, began as a jovial, novice-ridden affair: one in which your correspondent, during her first-ever attempt at Texas hold’em, emloyed a bizarre set of tactics that resulted in her crashing out first, largely as a result of not understanding that a full house is quite a good hand. The Goldmine, they call me.

But as the clock ticked round towards 11pm, the night took a serious turn. Doyle’s Harvey, hunched over the table, looked the most likely to break, but was still hanging in there with his colleague, the frowning Roberts – last year’s third-placed player – and Halbis Capital’s Dunsford.

“Remember, the chips have no value, but in today’s climate they are worth more than bank managers,” warned Stef Stefanou, chairman of event sponsor Doyle. With the opening stakes raised to £60, and the crowd shuffling in anticipation, the men were playing with an aggression that has long since fled the financial sector. Yet despite this, and the ever-diminishing prospect of souffle, nobody seemed able to leave.

It was a problem that had dogged many players already that evening. Despite trying really hard, nobody could actually lose (apart from myself, obviously). Building editor Denise Chevin’s train came and went while she was still at the table; Stanhope’s Peter “Phoenix” Rogers was an exasperated heap after two hours of playing without hope of winning, yet repeatedly, and inadvertently, clawing his way back in when almost out.

But when the casualties did start coming, it was a Titan who fell – Stefanou was ruthlessly dispatched by rookie player Marcus Mellor. Mellor, who works for fashion house Burberry, was offered the prize of Stefanou’s watch; tellingly, perhaps, he preferred to take a cash alternative. “I would be beaten by an amateur,” Stefanou muttered as he left the table.

It’s 10.50pm. “All in” says Harvey, quietly. The watching crowd is excited, the buffet is abandoned and the conversations stopped. The last card is turned – the river, as it is known – and Harvey’s out. As he leans slowly back in his chair there’s a hurried conference – Roberts and Dunsford, with time ticking on, have agreed to end the marathon and share the pot. That’s £2,575 each and about £6,000 for charity Wishes 4 Kids. Just don’t let the government get hold of it.