Can you read me? Dutch architect MVRDV 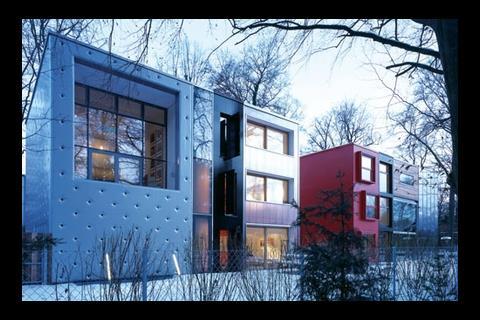 The six wider strips enclose living, sleeping, children’s and work rooms; the narrower strips are for stairs, bathrooms and storage 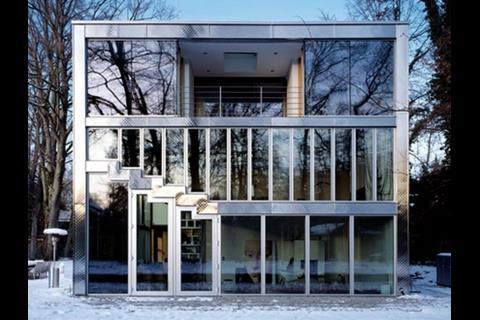 Dutch architect MVRDV has divided its modernism-influenced Barcode House into nine distinct strips, each with its own purpose

Avant-garde Dutch architect MVRDV has built them a family house on the outskirts of Munich, neatly divided into nine vertical strips. The strips run through the house from front to back and are enclosed by a flat roof and front and rear facades. Yet each strip contrasts sharply with the others in width, internal layout, window configuration, cladding material and colour.

One strip has a flush facade of clear-glazed panels running from ground to eaves; elsewhere there is a large recessed facade of glass oriel and conventional strip windows.

Apart from clear glazing, the cladding materials range from vertical timber boarding and matt-black painted plywood to translucent, orange-tinted polycarbonate. More striking is the tomato-red-painted render and the aluminium sheeting, pock-marked with recessed buttons, as on 1950s upholstery.

The resulting house resembles the barcode that appears on most contemporary merchandise. Yet the reasoning behind it has nothing to do with electronic scanners. It is a regression to – or more likely a lampoon of – the ultra-rationalism with which fundamentalist modernist architects segregated the functions of a building.

Thus the six wider strips of the Barcode House serve variously as living rooms, parents’ quarters, children’s quarters, office-studios and a garage, with the gap in the middle for an open-air patio above a basement. The three narrower strips contain staircases, bathrooms, services and storage spaces.

But Langer and Wöltje come across more as lifestyle enthusiasts than functionalist fundamentalists. “In some places, the house feels like a comfortable villa, in others a raw industrial loft or a playful Wendy house,” they enthuse.