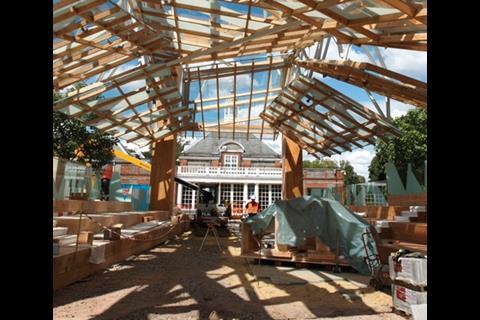 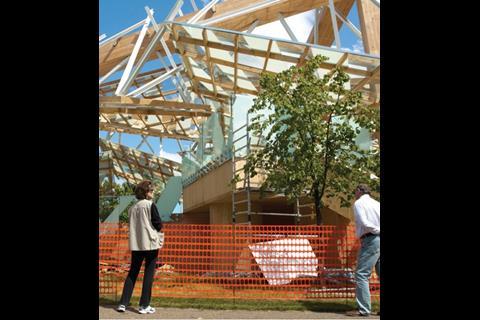 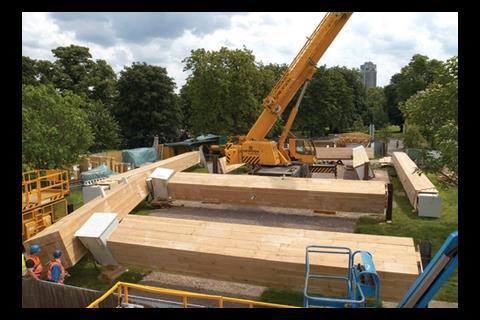 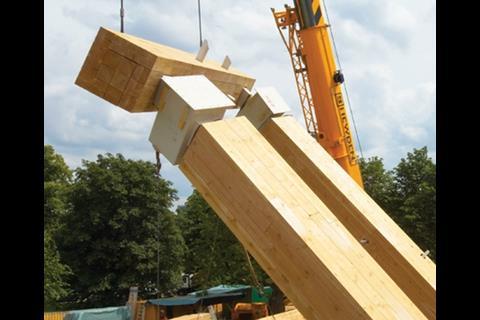 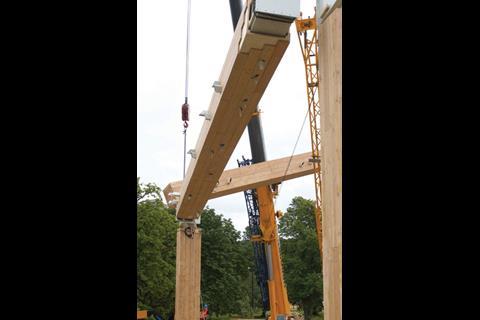 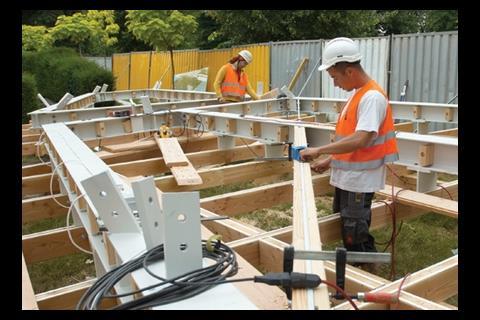 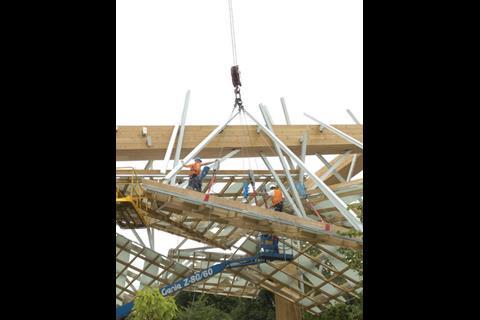 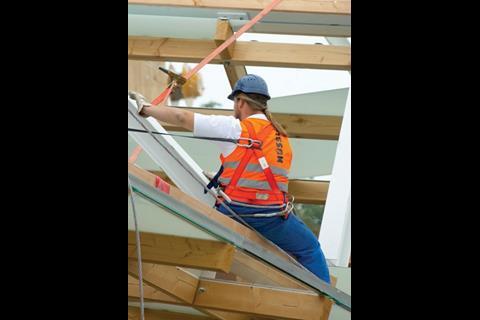 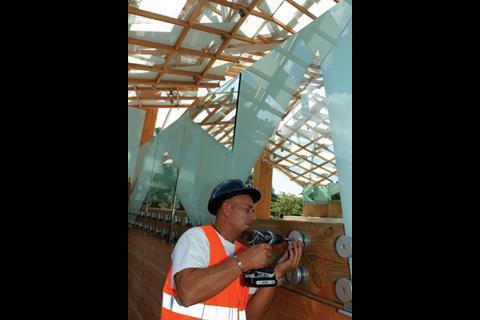 Gehry’s Serpentine pavilion may look like timber and glass thrown together, but precise planning went into getting it just right, says Martin Spring

The temporary pavilion that is erected every summer next to the Serpentine Gallery in London’s Kensington Gardens is an exercise in architecture as art. This year’s pavilion, which opens to the public tomorrow, is designed by Californian starchitect Frank Gehry, and it doesn’t take an art connoisseur to spot that it’s in the deconstructivist style. It’s a loose pile of hefty timber beams and columns, steel struts and glass panels, all thrown together at seemingly haphazard angles. In fact, the whole assembly looks – no doubt deliberately – as if it is in the act of collapse.

At the unveiling last week, Gehry made cryptic references to garden parties, timber structures and Leonardo da Vinci’s giant catapults as design influences, but this did little to explain the massive clunking structure of oversized beams and columns at chaotic angles. Another design influence – a flock of butterflies – is more evident, in the six glass canopies that float overhead at nonchalant, carefree angles.

For the construction team, headed by Taylor Woodrow, putting the pavilion together was anything but a haphazard operation. It relied on a precision-engineered computer model worked up by Arup. “Not one of the steel connections was wrong,” says Roy Page, Taylor Woodrow’s site manager. “It all fitted together first time like a dream.”

Taylor Woodrow was given just 12 weeks to plan, procure and erect the 395m2 pavilion. “On a normal steelwork contract,” says project manager Lewis Parker, “ we’d have a lead time of 20 weeks, but on this it was six.”

Not surprisingly, the site team has worked long hours – from 6am to 10pm in split shift, seven days a week – to meet the strict deadline. But as trainee construction manager, Rick Rigby, says: “It’s not every day you work on a Frank Gehry project.”

The four, 16m high primary columns were fabricated off-site out of structural steel and encased all round in hefty douglas fir planks. After delivery to site, the first two columns and a beam were bolted together into a portal frame on the ground

The first portal frame, weighing 35 tonnes, was lifted into position. Crane contractor Hewden used two large mobile cranes of 100 tonnes and 225 tonnes in tandem. The columns were bolted to the caps of piles that had been temporarily screwed 6m into the ground.

After the second portal frame was erected, the two linking beams were lifted into position. These were bolted to the steel box knuckles, connecting the columns and beams.

The frames for nine trapezoidal roof canopies measuring up to 101m2 in area, were fabricated on site out of steel beams and timber rafters. The beams were encased in timber boarding. Toughened prefabricated glass panels were then fixed between the steel beams and rafters.

The roof canopies were hoisted into position at what seemed to be haphazard locations and angles.

But these had been precisely predetermined by steel struts suspended from the hefty primary beams overhead. Winches on ropes attached to the corners of each canopy were used to adjust its precise angle before lifting them into their final positions.

Once each canopy was suspended at its precise location and angle, it was fixed into position by bolting cleats from its steel frame to the steel struts suspended from the primary beam overhead.

The pavilion was finished off by constructing two terraces of timber seating along either side of the central concourse and fixing glazed screens at the back. Beyond the terraces, two small viewing platforms were built with timber stairs leading up to them.