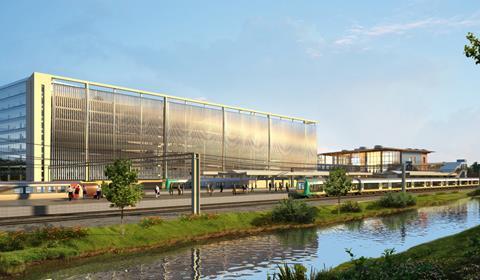 The government has confirmed that it will provide half of the funding for the £20m redevelopment of Northampton Station - giving the project the green light.

The Department for Communities and Local Government will each contribute £5m towards the cost of the scheme, which will double the size of the existing building.

“The new station will be a modern gateway to Northampton, and support new development in the Waterside Enterprise Zone,” he said.

“This investment reflects the government’s confidence in the area as a leading economic growth location.”

Network Rail route managing director Jo Kaye said Northampton was a growing town and it was right that its station was fit for the future.

“The improvements planned for Northampton station will help create jobs, drive and support continued economic growth in the area and make travelling by train an easier and more pleasant experience for passengers,” she said.

“We have built a strong working relationship with WNDC and we will continue to work with them on this project for the benefit of rail users and the local community.”

Outline plans for the new station building were approved in October 2011 and construction is anticipated to start by the end of this year.