Doing justice to the law 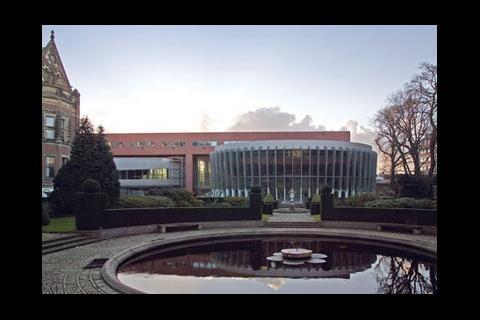 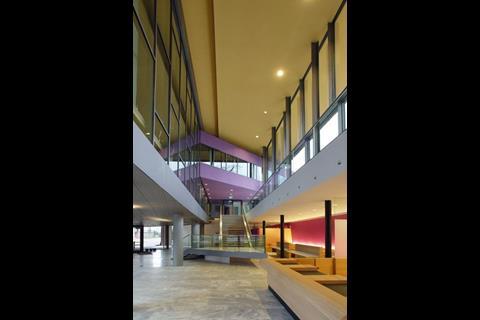 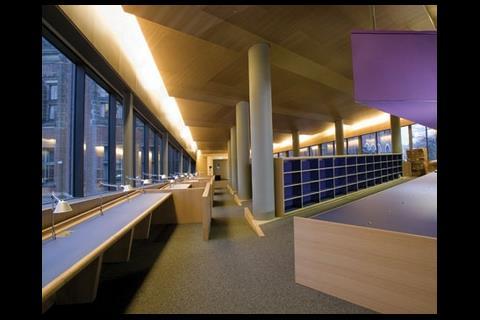 After more than 40 years as an architect, Michael Wilford is going into the law. And he’s starting right at the top: the UN’s International Court of Justice in the Hague.

With his Stuttgart-based practice Wilford Schupp Architekten, he has designed a £15m academy and library to sit alongside the Palace of Peace, which houses the court. His building is a long, low and overtly modern lozenge next to the neo-gothic palace. The building was developed by policy and research centre the Carnegie Foundation, and opened last week by Queen Beatrix of the Netherlands.

The new building is clearly articulated to express the three facilities it houses. The Hague Academy of International Law is served by an oval auditorium that bulges outwards as a glazed coronet into the palace’s formal gardens. The auditorium accommodates 300 students and its level floor makes it easy to convert into a conference hall.

The second element is the library reading room, which takes the streamlined metallic form of an aeroplane wing and links the new building with the existing library in the old building.

Finally, the foyers, offices and support services together make up the brick-faced lozenge.

Wilford says of the design: “The building is a rich collage of old and new elements. The bricks and joints of the existing Palace of Peace have provided guidance for the new masonry. But on the other hand, the composition of the form and the colours can certainly be regarded as modern avant-gardist elements.”

Wilford's approach chimes with that of the Carnegie Foundation. Its director-general, Steven non Hoogstraten, says: “We wanted a contemporary building, not a step back to the style of the early 20th century.

For Jo Coenan, the former chief government architect of the Netherlands who commissioned the design, the building is “plainly democratic and generous”.