Hallowed be thy brand 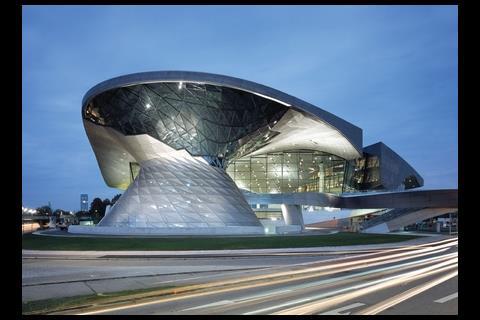 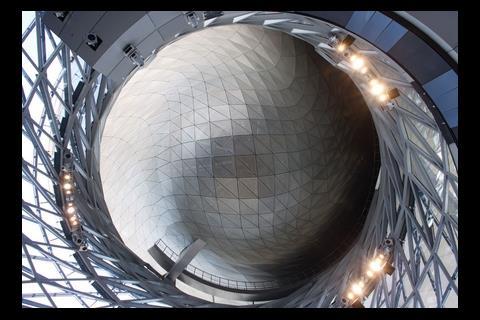 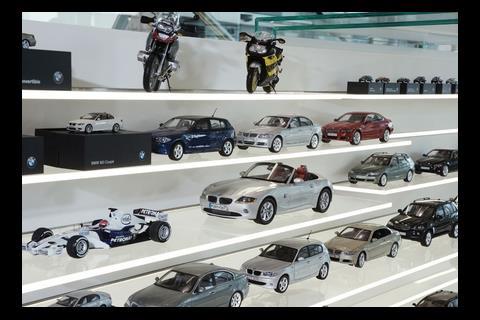 The whole family can worship together … toys for the children; below, dads building their own Beamers; while mums can gaze upwards at the amazing ceiling detailing 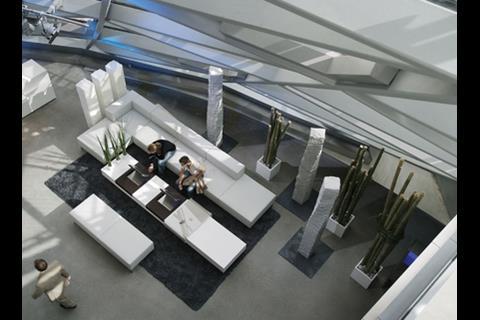 The temple in operation … buyers complete their paperwork in the office on the top left, collect the object of their desires on the top right and drive it down the spiral ramp into the Munich traffic 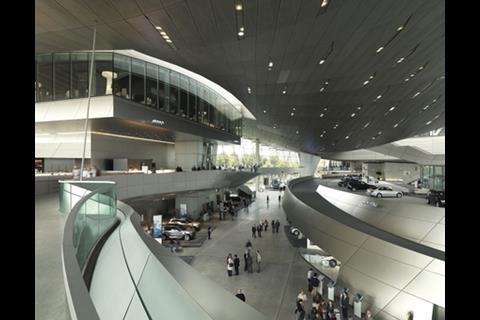 Wolf Prix, lead designer on the project, likened the enormous and complex structure to the Parthanon, the Greek temple that was a meeting point for worship and argument. “It isn’t just an envelope for delivering cars,” he said. “It is, above all, a public building.”

It is evident that BMW World is more than just a showroom. The double-cone structure sits high above Munich, next to the 1972 Olympic stadium, surrounded by the rolling hills of Bavaria. This forms the core of the building. It is where customers are handed keys to their shiny new Beamers, then get to drive them down the wide, spiral ramp, through the building and out on to the street, an experience that has more in common with theatre than a mere purchase.

The company headquarters, the factory and a museum (currently under refurbishment) are also on site. Prix explained that his design “formed a visual link” between the new and the old buildings. BMW expects 850,000 visitors a year, not all of them car buyers, because there is more to do here than buy. Prix called it “a 3D world of encounters”.

All BMW products are on display, there are multimedia presentations showing the brand’s latest R&D, there is a junior campus where kids can learn about engineering, and many more brand-related activities.

The BMW experience includes a tour of the home plant that made the Isetta back in the fifties – this is the microcar with a door in the front that supposedly saved the brand. The plant now produces 900 of BMW’s most popular model, the 3 series, a day.

Building spoke with Prix back in May, when the showroom was still under construction. Now, BMW World is preparing to open its doors to the public on Tuesday 23 October.

In the words of the mayor, this building is “a temple for branding”, which is no understatement. Mercedes is no stranger to this brand mania either, its three-pointed star is clearly visible in the architecture of its UN Studio-designed museum in Stuttgart. It will be interesting to see how it reacts to this latest temple to the automobile.