Forget pumpkins and witches’ hats - for a real fright this Halloween nothing beats the worst excesses of modern architecture. This week, Building peers out from behind the sofa at some buildings that would make anyone want to scream 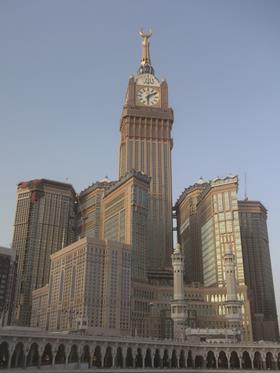 What do you get when you mix Big Ben, moral turpitude and bucketloads of cash? No, not an MP’s expenses claim but what is in fact the second tallest building in the world. Quite simply, this 120-storey mega-tower is the World’s Most Significant Building You’ve Never Heard Of. Clocking in at a staggering 601m, it is five times bigger than Big Ben and twice the height of the Shard. Costing an eye-watering £9.3bn, its seven towers also contain the world’s largest floor area, and its clockface, inevitably the world’s biggest, is the centrepiece of a delusional Saudi attempt to wrest the prime meridian away from Greenwich.

Impressive as these statistics are, they are all fatally undermined by the fact that the building appears to have been designed as a dystopian joint venture between Madame Tussauds and Batman. But worst of all, it has been built right beside the Kaaba in the Masjid al Haram, the holiest site in Islam. Imagine a genetically enhanced Vauxhall Tower rising up beside Jerusalem’s Church of the Holy Sepulchre with the world’s biggest Ladbrokes as the anchor tenant and you get the picture.

Look out for Friday’s full feature in print, online and on our tablet app