Arla Foods has built something incredible: the world’s first zero-carbon dairy near Aylesbury, which was switched on for the first time this year. 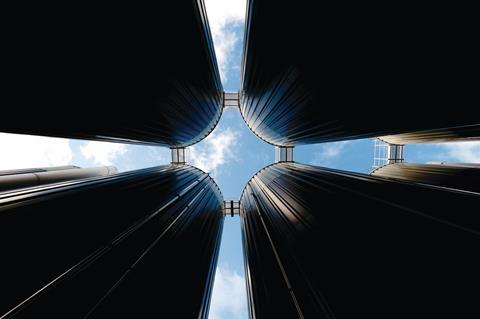 The industrial sector has been in a similar state to the commercial market - very quiet until recently. There are signs of life, particularly in the distribution sector, with several large sheds starting on site including a £90m Sainsbury’s distribution centre in Warwickshire, Prologis Park in Bedfordshire and Orion Park in London.

And this traditionally less-than-glamorous sector is becoming more exciting too. Arla Foods has built the world’s first zero-carbon dairy near Aylesbury, which started operating earlier this year. The £150m facility can churn out 1 billion litres of milk a year, enough for the south-east of England. It gets to zero carbon by reducing energy use first - it is 70% more efficient than an equivalent state-of-the-art dairy. A lot of thought went into ensuring complementary processes were sited close together, refrigerated milk was stored in north-facing areas and gravity rather than pumps were used where possible. And heat and power come from CHP, which is partially powered using biogas produced from waste milk products via an aerobic digester.

Remaining emissions will be mitigated by measures that could include supplying low-carbon heat and power to an adjacent business park and using waste heat from refrigeration units to heat buildings locally.

The project demonstrates that zero-carbon factories can be a reality - an achievement that the government should note as it ponders how to make all new buildings zero-carbon from 2019.