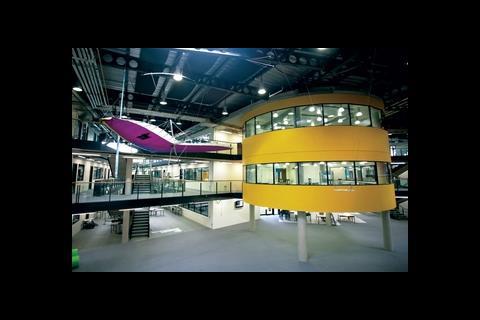 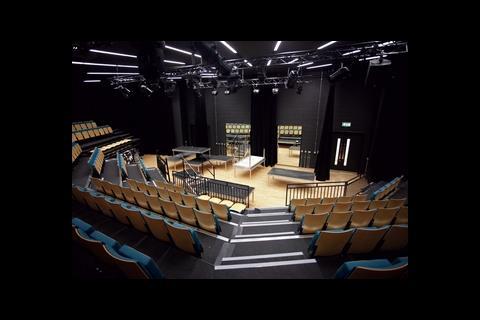 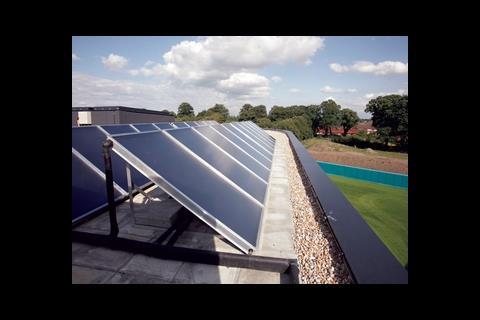 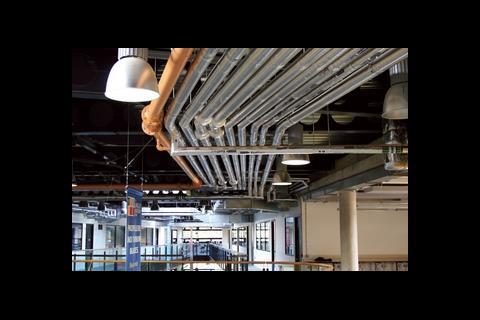 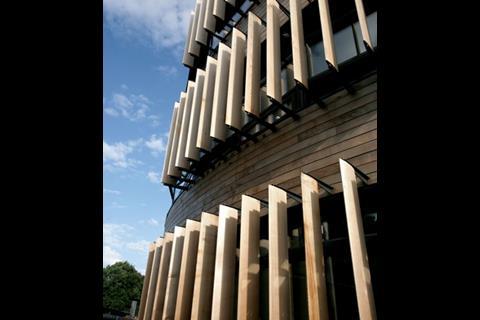 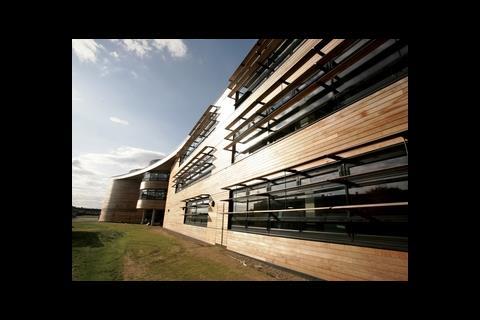 Services at the Langley Academy are kept lean and mean, to show pupils the potential of sustainable design

Mean, lean and green was the services approach at Slough’s Langley Academy, a school specialising in science and technology. “Sustainability was at the centre of our brief,” says Damian Wines, a building services engineer at Buro Happold. The academy’s sponsor, the Arbib Foundation, wanted the development to showcase sustainable technologies and to demonstrate science in action.

Buro Happold’s team worked closely with the architect Foster+Partners to make this happen. “The ‘mean’ was to design the building from the outset to use less energy through passive measures such as thermal mass,” explains Wines. “We worked with the architect to come up with a holistic design to avoid using energy wherever possible.”

The designers were helped by the academy’s semi-rural site, near Slough, in Berkshire. When they first sat down together in 2004, they developed the building form to maximise opportunities for natural ventilation and daylighting while keeping solar gain to a minimum. The result is a 10,500m2 building oriented on an east-west axis to maximise opportunities for passive environmental measures.

At the heart of the three-storey scheme is an enclosed atrium, the assembly space for the 1000 students. It has a lightweight steel roof supported on cellular beams that provide a route for the exposed services. The roof is punctured by large openable rooflights that bring daylight into the core and act as smoke vents in the event of a fire.

The atrium’s most unusual feature is three yellow drums raised above the floor on circular columns. These two-storey pods, as Wines calls them, house the science laboratories. The aim of making them stand out was to reinforce the importance of science teaching. A less obtrusive but equally unusual feature of the atrium is a glazed wall that frames a plantroom housing the ground source heat pump.

To the west of the atrium is a windowless, oval-shaped amenity block that contains a drama studio, sports hall and lecture theatre. Wine says this block shelters much of the academy from the heat of the afternoon sun (see floorplan overleaf). On the other side of the atrium, two covered streets lined with classrooms head eastwards. The classrooms are isolated from the streets by a single glazed partition, which serves to open up the building and to allow daylight into the enclosed streets.

Modelling demonstrated that the most effective solution was to use two sets of openable windows: one at low level to let cool air in and one at high level to let warm air out. A gap of 1.5m was found to be the most effective spacing between them. The lower vents are manually controlled and the upper vents opened by an actuator under control of the BMS, although a local switch enables teachers to override the BMS.

The designers have also used the building’s thermal mass to help to limit summer temperatures. It has concrete floor plates and concrete roof slabs over the classrooms, supported on a concrete frame cast in situ. Concrete was chosen because it was the most cost-effective way of meeting the architect’s requirement for a curved floor plate, but it also provides thermal mass and helps prevent to noise travelling between floors. To enable the concrete to cool overnight, the classrooms’ high-level windows open under control of the BMS.

Externally, horizontal solar shading, made from western red cedar to match the cladding, reduces solar gain in south-facing classrooms while vertical shading on the east- and west-facing glazing helps to deal with low-angle sunlight in the mornings and evenings. Computer modelling established the glazed area necessary to achieve a minimum daylight factor of 2%. Artificial light is from linear uplight/ downlight fittings, with separate circuitry and switching for the external perimeter row of luminaires.

Not all of the classrooms are naturally ventilated. In fact, says Wines, 42% of the building’s total floor area has some form of mechanical ventilation. Classrooms where noise could be a problem when both sets of windows were open, such as language laboratories, have mixed-mode ventilation. They still have manually opened lower windows and actuator-controlled upper ones, but the “lean” approach means they also have simple high-level extract ventilation. Heat in the exhaust air from the mixed-mode classrooms is captured by a heat exchanger and used to heat the atrium. Reducing window openings has cut background noise by 5dbA. Mixed-mode ventilation is also used for the atrium and two of the science pods. Where noise breakout was an issue, such as on the southern perimeter which is close to housing, mechanical ventilation was used. The air for spaces including the music rooms and woodwork and metalwork rooms is supplied from one of eight roof-mounted air-handling units. Cooling is provided by a roof-mounted air-cooled chiller. Mechanical ventilation is also used for the sports hall, lecture theatre and drama studio on the west of the building.

Renewable technologies were not a planning requirement as, although close to the capital, the academy is outside the area covered by Greater London Authority’s energy strategy (which sets a 20% target for onsite renewables) and the local council had no minimum renewables requirement. Nevertheless, the Arbib Trust insisted there be some sustainable energy and water systems to reinforce the academy’s science and technology credentials, and funding was ring-fenced to ensure they were not value-engineered out of the design.

As a result, Langley has a ground source heat pump, a biomass boiler, solar thermal panels and photovoltaics, helping to achieve one of the lowest carbon emissions ratings of any scheme built under the city academies programme.

While sustainability was at the core of the brief, no specific targets for energy, carbon or water savings were set. The choice of renewables was based, instead, on financial and educational benefits. “We based our selection on kilograms of carbon saved per pound of money spent and on the educational and demonstration value of the technologies,” says Wines.

The main source of CO2 emissions at Langley is space heating, so the decision to use a biomass boiler was straightforward. The 300kW unit acts as lead boiler for the low temperature hot water system feeding the perimeter radiator system, providing 58% of the total energy requirement. It consumes about 230 tonnes of woodchip a year, sourced locally to maximise carbon savings. An underground fuel store is sized to hold one week’s supply at peak winter load. Roof-mounted, gas-fired condensing boilers provide backup and supplement the biomass boiler at times of peak demand.

A 45kW closed-loop ground source heat pump, fed from eight 108m-deep boreholes, provides low-grade heat to the underfloor system in the atrium and restaurant areas. A reversible heat pump that would have provided summer cooling was value-engineered out of the scheme.

On the south-facing roof, 40m2 of solar thermal collectors, connected to two roof-top thermal stores, pre-heat the domestic hot water. “We estimate the system will produce 16700kWh of energy a year, which is approximately 35% of the total domestic hot water demand,” says Wines.

Rainwater collected from the roof is used to flush 18 of the academy’s lavatories. The system is predicted to provide 950m3 annually, which Wines says is about 20% of the academy’s total water demand.

In the driveway, nine external lighting columns each support a small photovoltaic panel. These are largely a statement about the academy’s science and technology status, rather than a serious attempt at generating energy using renewables, but the small amount of energy produced will help to meet the base electrical load.

“Once the ICT component of the energy demand is discounted [the designers had no control over this], the academy has achieved a 30% on-site renewable energy generation,” says Wines. The project complies with the 2002 version of Part L of the Building Regulations. The design carbon emissions are 2.56kg/C/m2

a year, significantly lower than the 5kg/C/m2 target quoted in Building Bulletin 87 and representing a 49% reduction in carbon when compared with the Part L model building.

Langley Academy opened last September. To educate the pupils, digital displays have been located around the building to show the energy savings produced by the renewable systems.

A post-occupancy evaluation will be carried out to check the building is performing as intended. Until then, monitoring is down to the scrutiny of the academy’s 1000 future engineers.