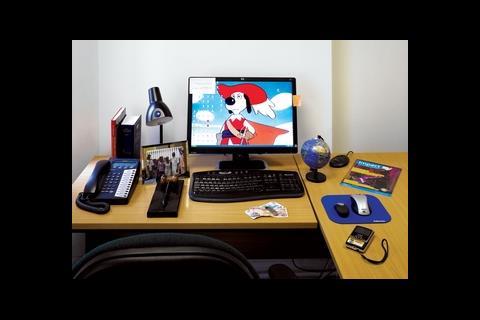 ACE chief Nelson Ogunshakin takes us on a tour of his desk. 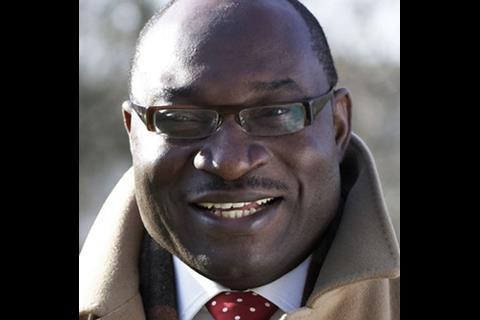 Nelson Ogunshakin, globetrotting head of the Association for Consultancy and Engineering, suggests a global route out of recession

Crisis? What crisis? Nelson Ogunshakin, ebullient chief executive of the ACE, is not blind to the difficulties in the sector but his message to the association’s 800 members is determinedly upbeat. Rather than retrenching, those who want to survive the recession must invest in the short term and think global, he says.

Ogunshakin represents about 800 consultancy and engineering firms, and lobbies government, clients and the media. “There is always a view to make cuts in the short term in times of financial crisis, but we cannot fall into that trap,” he says. “We need to invest now.

“Clients are asking for reductions and I say to them that, even in difficult times, if you want to build an asset that will last up to 40 years you need to invest. A company that can survive this economic climate will have a better understanding of the sector and become much more robust. The investments they make now will be crucial.

“The challenge is sustainable business, not just survival. A few years ago the problem we faced was a skills crisis. Now we have to be sure that the design solutions we’re coming up with are truly sustainable. It’s such an overused word.”

The ACE backed Sir James Dyson’s recent call for the government to encourage more young people to pursue engineering careers. Dyson said a new wave of thinkers in the profession could help to solve the world’s environmental issues.

Ogunshakin believes that now is the time for boldness and for figures like Dyson to raise awareness of the engineering community. “For all that they can offer the world,” he says, “consultants and engineers are feebly supported by those who hold the purse-strings. Just think what they could be able to contribute with the backing that their expertise easily justifies.”

He believes that as well as more government support and an injection of new blood, the answer to many firms’ ills lies abroad and they need to diversify with international contracts. “There are so many opportunities overseas for UK firms, so I see the solution as a global one. Projects are only going to get bigger, so we may see more consolidation in the sector. More firms will come together in partnership for big contracts.”

Ogunshakin attributes his passion for engineering to his family. His father was a civil engineer based in the UK while Ogunshakin attended boarding school in Nigeria. Photographs of his father’s latest projects left a strong impression on him as a youth.

“I was entranced by seeing things being built," says Ogunshakin. “It captured my imagination. My parents would send me photographs of Dad in his hard hat on site and it had me hooked. I guess it was only natural that I would want to pursue that. Engineering is in my genes.”

He joined his parents in the UK after leaving school and graduated from Birmingham’s Aston University in 1981 with a degree in civil engineering. His first job was with Tarmac. “When I was younger, I thought engineering was all in construction. I hadn’t really thought about the consultancy side of things; the translating of design into solutions.

“I wanted to learn more about the process. How did they get public and government support for this project? How did they reach this particular solution?”

Ogunshakin wanted to peel away the layers of the business, and work experience abroad was an important way of achieving an insight. “The UK is an established country, with planning laws and a bit of a ‘not in my back garden’ mentality. The developing world is very different,” he says. There, people want to see results immediately, and they want to catch up with the West. As a result, the planning process is very different.”

He worked on large projects in countries such as Indonesia, Malaysia and Libya, and learnt fast. “On one road scheme in Indonesia, I was responsible for the whole £50m project. It was incredible, but that’s typical of working abroad. One day you’re the project adviser, then you find yourself advising the banks on financing. There is so much to engineering in terms of the roles you can fill and the responsibility you are given.”

During the last recession, in the 1990s, Ogunshakin took a year out to do an MBA at Aston University. This enhanced his insight into how businesses are run. “What it brought out of me was the business acumen that I needed to manage and to understand business.

“Coming out of that MBA and back into High-Point Rendel [the consultant he joined in 1987] was immensely useful and I helped to change the firm’s infrastructure. That kind of business attitude is essential, especially now.”

He left High-Point Rendel in 2000 and, after a spell as interim managing director of the business adviser AEO Group, was appointed chief executive of the ACE. The association was in need of change, he says. “We had to ask ourselves a lot of questions about our standing in the industry, who we were representing, who we needed to address and how we should structure ourselves. I looked at the issue the same way I would an engineering project.”

Ogunshakin approached his role at the ACE with the aim of bringing together the more disparate groups in the construction industry – engineers, services engineers, quantity surveyors – and providing them with a voice.

When he took the post the UK construction industry was in a distinctly different shape to today, of course, and in terms of his own future, Ogunshakin is candid. “The ACE may reach a point where they feel they need a new candidate but until then I’m going to give the association and the industry the best that I can.”

Dod’s Parliamentary Companion
One key part of the ACE's role is lobbying parliament, the real decisionmakers. If we want to be the true voice of the industry, we need to know who’s who at Westminster and how the parliamentary system works. I need to know what’s going on and who and how we can influence. This is an essential book for me.

Desktop
I can’t claim to be an avid follower of Dogtanian and the Three Muskehounds. Piers Nutbrown, our senior communications officer, logged on to my computer while I was out.

Globe
The ACE belongs to the International Federation of Consulting Engineers (FIDIC), which has more than 70 member countries. London is hosting the FIDIC conference next month. Everywhere I travel, there is an ACE, and it makes me feel at home.

Impact
This is our inhouse magazine. About three years ago we decided we had to have a means of communication beyond our website. Like so much of what I've tried to do at the ACE, I wanted it to make an impact – have a loud voice and attract some of the big players. We’ve come some way in achieving that; we are respected in the industry. I won’t say mission accomplished, as we’re in a different environment now with the downturn. We need to be ahead of the game and meet the challenges. Getting our voice out there in this format helps to achieve that.

Video camera
We rebranded our website and had a think about getting our message across better. New media is important, so we launched ACE TV, our own video and audio channel, to keep members up to date about our activities and appearances in the media. I’m not much of a cameraman myself, though.

Dirhams
Work takes me overseas. The United Arab Emirates is going through a troubling time. In May the ACE called on the government to intervene as a lot of firms were going unpaid or their fees were being renegotiated. The credit crunch has left some developers struggling, of course. It is a difficult but interesting market.

Gavel
The gavel explains itself, really. I haven’t abused it, but I’d be lying if I said it hadn’t come in handy during meetings.

Family photo
I’ve spent a lot of time abroad throughout my career, and got some great experience out of it. This photo was taken during a family holiday in Malaysia in 2007. I had worked there and have a sentimental attachment to the area. I love my family. We’re very close and I’m proud of them all.