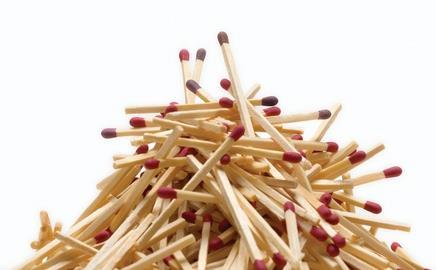 Q: How do you work out the total cost of a house over a 100-year lifetime without spending hours poring over every single element? Stephen Kennett finds out the answer

Few tasks are quite so time-consuming as calculating the lifecycle cost for a building. Even on a modest scheme, the sheer number of components that go into constructing the buildings and the amount of data needed on each can mean hours poring over a spreadsheet before a useful figure pops out (see overleaf).

But for some jobs, it’s unavoidable. Anyone familiar with putting together a bid for funding from the Housing Corporation will know that a lifecycle cost is compulsory.

Help could soon be at hand, however, in the form of an online tool that, with a few elements of data and the touch of a button, will neatly provide a cost per m2 per year for the building.

But if this sounds simple, a lot has been done behind the scenes to take the drudgery out of the number crunching. It was 10 months ago that building defects insurer BLP was commissioned by the Housing Corporation to develop the software, which is aimed at in-house staff working on development and grant applications as well as the design team and framework partners.

As a starting point, BLP looked at the model that the RICS’ Building Cost Information Service created for the corporation in 2005 to assess lifecycle costs. This is a comprehensive model, based on the most common building types that social landlords deal with – two to three bedroom houses and one to two bedroom flats – and assumes that conventional building methods are used.

But as a tool for the internet the BCIS strategy was too unwieldy. To overcome this, BLP has sought to cut down the number of components used, for example staircases are treated as one unit rather than a collection of handrails, balustrades, steps and other pieces – and simplified the calculations so that users can get a meaningful answer without having to plug in reams of data.

“Ultimately we’re looking at a model that uses between 50 and 100 components rather than the 300 or so that the BCIS model uses,” says Peter Mayer of BLP. “It’s a compromise, but the trade-off is that it’s a much more accessible and user-friendly tool.”

So how do you get to that elusive lifecycle cost figure?

For the first stage, when not much is known about how the scheme will be built, it is simply a case of plugging in the capital cost for construction, the total gross internal floor area and the proportion of houses to flats. The programme then calculates a lifecycle cost value based on the capital cost of the building and the maintenance over a 100-year period – the figure favoured by the Housing Corporation – at a discount rate of 2.5%, which is the value recommended in the Treasury’s 2003 Green Book to take care of inflation. This produces a range of possible values expressed as £/m2/year.

This figure is suitable for the initial development grant submission, although if the development is to go ahead a more detailed analysis will be needed.

The next step is to create a bespoke model particular to the scheme in question. This means describing the scheme by plugging in details on, for example, how many blocks of flats and houses will be built, whether the houses are terraced or semi-detached, how many are two, three, four or five bedroom dwellings and their gross internal area. All this will affect the quantities of materials and components needed, and by feeding these into the default model a more comprehensive lifecycle cost value is generated.

The drawback with this figure is that it is calculated using BLP’s own default data on components and costs to generate a user model, with quantities to be adjusted by user inputs.

Now users modify this list to reflect their own design more closely. So where the default model uses, for example, concrete roof tiles, which is an assumption made because this is a typical construction method, the user might be specifying zinc sheeting. They can edit the component list to take this into account, along with different costs and life expectancies. Similarly, the condensing gas-fired boilers could be replaced by a central CHP unit.The resulting model is described as the “user bespoke model” and a neat option here is that it can be saved, so that if the user designs a similar scheme at some time in the future, it can be tweaked and re-used without having to go through the rigmarole of re-entering all the bespoke data.

These all come from the Treasury’s Green Book and tie in with the analyses for 76-125 years, 31-75 years and 30 years or less, respectively. On top of this there is a 6% rate to reflect the needs of commercial developers and a zero rate for decisions on maintenance costs. These figures are expected to cover most users’ needs. “If you open up the Pandora’s box of complete flexibility and infinite possibility to vary things it becomes very difficult to compare models,” adds Mayer.

The programme is in its final stages of development and will be handed over for user testing in March, with a likely launch date in April. Whether it will be made available beyond housing associations and registered landlords is yet to be decided, but its arrival will certainly mark a leap forward in calculating lifecycle costs.