‘Life is just one long series of crises and disappointments’: Nick Clegg interview 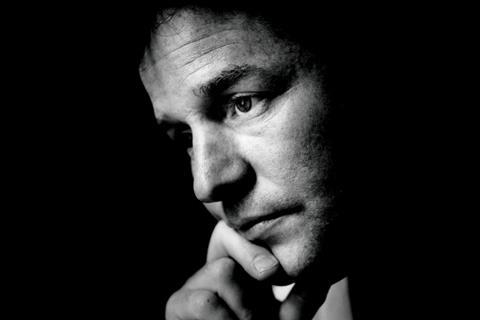 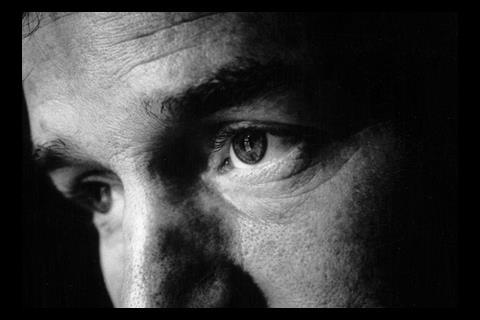 But that doesn’t mean you don’t have to try to make it better. Liberal Democrat leader Nick Clegg thinks decentralised government, lower taxes and an end to ‘messing around’ with construction might help.

Nick Clegg is halfway through the strawberry yoghurt on the coffee table in his parliamentary office, which is covered in hundreds of bits of paper. It’s clearly not the best time to have caught him, but the Liberal Democrat leader is all smiles and eager handshakes. He exudes a kind of fresh-faced enthusiasm that you don’t normally associate with a politician.

That’s not to say Clegg is not a media-savvy professional. Clearly conscious of the power of media portrayal, he has his disarming skills finely tuned. He kicks off with some flattery: “I work with a girl who knows your publication and she informs me it is the best in the sector … Don’t worry about sticking to the questions. Ask me anything.”

And he really does seem comfortable discussing just about any subject. The criticism he received after telling GQ magazine earlier this year that he had slept with about 30 women clearly hasn’t put him off talking to the press. “Life is too short to have regrets about what you say – still less about the way what you say gets misrepresented,” he smiles.

Politically, it is an exciting time for Clegg, being the week he launches the Make It Happen consultation – the Liberal Democrats’ latest policy initiative which focuses on how they would cut taxes. Nevertheless, he takes the time to talk about why the government has got eco-towns and PFI all wrong, why there have to be even stricter standards for new build – and why he never made it as a novelist.

Neither Cyprus nor Croydon Since becoming Liberal Democrat leader in December last year, Clegg has thrown himself into the business of policy-making. His big ideas include giving the electorate a fairer tax system and a more transparent, decentralised government. “We have the most centralised government in Europe other than Cyprus,” he says. “Cyprus is the size of Croydon. And without wanting to insult any Cypriots, or indeed people from Croydon, it is just not the best model for a country with 60 million people in it.”

Clegg is animated as he talks about what he’d do if the Liberal Democrats came to power – and the policies he intends to push in the meantime. These include putting a cap of £25,000 on all donations made to political parties, reducing the number of MPs by a third and (a recent addition) to cut taxes.

He also has plenty to say about the construction industry; in fact he addresses as many issues as can be crammed into the interview. His take on most of them appears to come from the same basic standpoint – that most of the government’s ideas are rubbish and that any good ones they’ve had, they are successfully messing up. First up is climate change. “The built environment in many ways is the poor cousin in the political debate on the environment,” says Clegg. “Something like 25% of all emissions come from residential properties. That’s a huge proportion and it needs to be better addressed.”

When it comes to how, he has some strong ideas about the best way forward. “First, there is the question of what you do with new build. And I’ll be blunt now but I don’t think the standards are ambitious enough yet. I know that some readers in the construction sector might blanch at the idea that there should be stricter standards, but the evidence from other countries is that if a government is clear and ambitious early on, the construction industry responds well. Look at the Passivhaus standards introduced in Germany. There were lots of reasons why it wouldn’t work, but not only have standards for new build now been met, it’s also been cheaper than everyone expected because of economies of scale.” He adds that progress is not fast enough. “We should be building all new homes with zero-carbon space heating by 2011. By 2015 all new homes should be zero carbon for water heating, too.”

Clegg dismisses the government’s approach to construction as just “messing around with a few little initiatives here and there”. He is mainly referring to the controversial eco-towns programme, and it’s clear that he is not a huge fan: “Well, frankly most of them aren’t eco-towns at all because they have been plonked in places where people need to commute to and from them. It’s hardly the most environmentally stable way of going about things.”

The PFI is an ‘accounting trick’

Before there is a chance to quiz him further on eco-towns, Clegg is hurtling on to the next issue of contention, PFI – something else he feels the government is giving entirely the wrong treatment. “I have absolutely no problem at all with the idea that the public and private sector work together to invest in new buildings and new facilities. But the main problem with PFI is that it is being used by the government as an accounting trick to keep the public sector balance as low as possible and off the books.”

Clegg adds that he doesn’t think PFI in its current form has been properly thought through: “There is a huge PFI project being constructed in my constituency and the contractor has got a 13-year build-and-maintain contract. So what incentive do they have to maintain and look after the building into year 26, 27, 28?”

His enthusiasm only increases as the minutes tick on. His next appointment is knocking on the door but Clegg jumps subjects to talk about the Olympics. “I am a huge supporter but I have two concerns. First, that the benefits won’t be spread around the country – London must show that this is not a London-centric games. A London-centred games, sure. But not London-centric.” Second, there is the worry that the development promised in east London and the lasting legacy will not materialise.

Moving on to talk about his own career, Clegg admits his rise to power in politics has not been a result of careful planning. “The biggest lesson I have ever learned is not to get weighed down trying to plot life from one day, one month, one year to the next,” he says. “My life has been shaped by things which have been beyond my control.”

And unlike many of his contemporaries, Clegg didn’t have his sights set on his current role from a young age. His early 20s were spent exploring a trial and error approach to life. The Cambridge graduate started off working in a bank and, when that didn’t work out, spent nine months as a consultant: “I was terrible at it,” he laughs. “I just couldn’t pull off telling big corporate clients what they should think when they clearly knew a lot more than I did.” In the early nineties, he spent a brief spell in Hungary, reporting for the Financial Times. He even had a shot at writing a book … “Oh God, yes. It was the worst novel in the history of the universe. It was the story of the memories of a dying tyrant. Really gloomy. No wonder it was doomed.”

Clegg’s “wherever the wind takes me” approach to life appears now to have been overtaken by a passion for his current role and his dedication to his party’s policy. With a diary mapped out to the minute, he hardly leads the life of someone without a plan. But talking to him, it is clear that his former attitudes are still deeply embedded.

“I meet people who have a blueprint in their head about what they’re going to do with their lives,” he explains. “But they invariably end up very disappointed because life is basically just one long series of crises and disappointments. I was always taught to try your best but not to crucify yourself with expectations you might not meet.”

Unfortunately for him, he has no control over the expectations set for him by Westminster colleagues and his electoral supporters. And there is no escaping the fact that the hopes are high. Very high. This man’s passion for what he hopes to achieve as the Liberal Democrat leader is unfaltering, but he still needs to prove that he can pull it off.