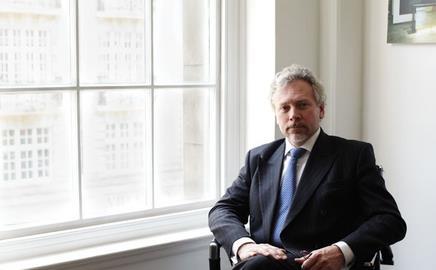 Chris Littlemore, the boss of Archial, is planning to exploit the architectural group’s most famous brand for its relaunched international business

Archial Group is only 14 years old, but its life story is already mind-bogglingly complex. It was set up in 1996 and thereafter entered a giddy round of reorganisations, acquisitions, new names, new managers and new business strategies. “There has been quite a bit of change,” smiles Chris Littlemore, Archial’s current managing director and the man now responsible for yet another alteration.

At this week’s Mipim, the group announced the launch of Alsop Sparch – the new brand for its international business, which was previously known as Sparch. The change is intended to extract maximum value from the Alsop name, even though Will Alsop himself left the group last summer.

“We have the legal position to continue using the Alsop name. We bought all the intellectual property rights when we bought Alsop in March 2006. I’ve not asked Will Alsop whether he minds, he may or he may not. We think it is necessary to keep the name because it is not linked to one individual, it’s linked to the massive amount of expertise we have in Battersea – about 35 people including directors who have been there for more than 10 years. The situation is like a practice where the senior partner retires but the essence remains.”

Littlemore says the decision to rebrand was made in response to Archial’s growing international portfolio and revenue, both of which he now hopes to develop further. This is, or course, very much the thing to say these days, when the UK is teetering between growth and recession, but it’s particularly important for Archial, because that turbulent history mentioned above included a good deal of economic distress.

Archial’s story begins in 1996, when Stuart McColl, the Scottish architect and businessman, formed SMC Group as a public company. The size of this firm went up like a rocket as McColl bought rival after rival; unfortunately it then went down like a stick 11 years later after profit warnings, a share price slump and the departure of McColl in 2007. When Littlemore became chief executive in June 2008 it had made a £5.2m loss on a turnover of £44m.

Things began to turn in December 2008, as Littlemore announced a name change to Archial and restructured its 14 companies into five divisions under the Archial umbrella. The caché of the Alsop brand was preserved by turning it into a division.

Those changes seem to have paid off. The firm’s figures for the year ending December 2008 showed that turnover was down slightly at £42m, it made a pre-tax profit of £1.5m. It expects to report a 20% drop in revenue for 2009, but, says Littlemore, “compared to our peers, we think that is an extremely good result. I have heard reports of other practices losing 35-40% – in some cases up to 60%”.

So how did he make good his escape? Littlemore attributes that to the group’s growing international business, which now makes up one third of its revenue. He says focusing on this part of the business will also be the main strategy going forward, and the rebrand is just the start.

At present, Sparch operates from six locations; London, Shanghai, Beijing, Singapore, Kuala Lumpur and Abu Dhabi and it aims to open offices in Vietnam and Toronto in the near future. “We have some very large projects in Vietnam and Canada,” says Littlemore, “and I would like to think that we will have organically grown offices in these regions by the end of the year. These would be made up of a mixture of UK, or rather, western European, and local staff.”

Littlemore then takes some time to explain why Alsop Sparch was chosen as the most effective brand. “We are looking to share in growing economies such as Abu Dhabi and China where they are looking for schools and transport skills – as well as education and health. We want to offer international clients intuitive architecture and that’s what the Alsop brand is all about – that reputation for award-winning, individual design is something international clients understand.”

Archial Architects, the part of the business that remains in Britain, managed to survive the recession thanks to its balance of public and private sector work. Of course, that may be something of a temporary reprieve given what is about to happen to public spending. Littlemore says: “I think everybody accepts things may change. The government, whichever one it is, could freeze BSF, though I sincerely hope it doesn’t. We could see spending cuts almost anywhere – in prisons, military, health. But it would be a bold government to put a complete stop to things as that would simply destroy the industry.”

Archial’s contingency plans for the new age of austerity includes a focus on residential projects: Littlemore says private housing is showing signs of life in southern England, and affordable housing is picking up in Scotland. There’s also the option of showing a bit of imagination and learning to scavenge. “We have the ability to step outside the construction cycle. For example, we can help clients looking to improve the value of their land by offering asset management services – we have experienced quite a bit of that sort of work in the past six months.”

That said, Littlemore is in agreement with Gordon Brown that the economic storm is not over yet: “We review things every month and, at the moment, we feel we need to invest, take on new people and grow. But at the same time we have to look at our cost base and make adjustments if we need to and that’s the only way you can survive. But I can say that we are looking to grow internationally and in the UK, potentially by merger or acquisition.”

And another name change no doubt …