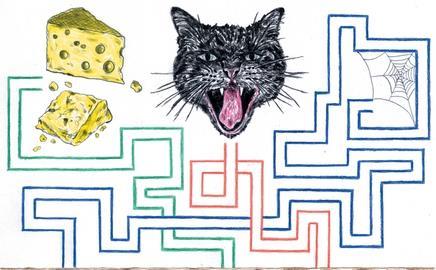 Architects – even those of the stature of Lord Foster of Thames Bank – have to start somewhere, and that means entering architectural competitions. But deciding whether they will lead to a meal ticket or a miserable end is where things get tricky.

When the team at De Rijke Marsh Morgan architects won their first competition 12 years ago, they were ecstatic. Building an educational visitor centre for schoolchildren in east London’s Newham seemed like a perfect breakthrough project. Unfortunately, it never saw the light of day – nor it seems was it ever likely to. Alex de Rijke says: “The organisation running the competition ran out of money and they failed to identify an end-user client. It’s one of the risks you take as a young architect. In England, many of the competitions are exploitative.”

De Rijke is in good company. Last month, David Chipperfield, this year’s Stirling prize winner, complained of the lack of design competitions in the UK. But although, like e Rijke, every architect has a cautionary tale, most believe that competitions are still the best way for start-ups to get attention – they just need to be careful about which ones they enter.

The pros and cons of competitions are fiercely debated among young architects, says Julian Hakes, a director of Hakes Associates. As a relative newcomer himself, he is all too aware of the dangers of choosing badly. His practice entered a British competition to build a £60,000 project; to win would have been a real coup for a young company. The Hakes design was placed second. But although the pitch cost them seven months’ work and “substantially more” than £10,000, they were awarded a mere £2,000 as their runner-up prize. “This barely covered the price of the 3D graphic,” Hakes remembers. “Even though small companies have lower costs and therefore take lower risks, they don’t have any back-up if their project fails. We definitely learned our lesson.”

Richard Conner, a partner at Piercy Conner Architects, was left disappointed after being invited to enter a competition to build a business centre at the Greenwich meridian. The practice won the contract, but later found out that the project was not going ahead. “We found ourselves in a shit situation,” says Conner, “but haven’t given up. Our take on competitions has always been ‘you’ve got to be in it to win it’.”

When things go right, the importance of a win to a young practice cannot be overestimated. Jeremy Till, director of architectural studies at Sheffield University, encourages his students to enter competitions, both national and international: “Anonymous and open competitions especially are great for new-starters,” he says.

Fourth-year student Alastair Parvin recently won the Everest base camp section of the Line of Site competition. This involved designing an environment-sensitive expedition and visitor centre. Parvin chose the competition because “I was really interested in the brief, which allowed me to just have fun with a quick idea, rather than invest a lot of physical effort”.

But he has realised there are contests worth steering clear of. “Some have preconceived expectations and others don’t leave much room for creativity, but you can sort of tell which ones they are. Usually the briefs give away a lot. You just need to pick a competition that suits your work and promotes open-mindedness and lateral thinking.”

People made us promises that never turned into projects, but were perfectly happy to steal our ideas. You wouldn’t walk into a doctor’s office on Harley Street requesting a consultation for free

De Rijke recommends avoiding contests that fail to supply the exact requirements and details of the project. And check whether there is any money in it: “Contestants should always be paid for their efforts; otherwise they are giving ideas away for free,” he says.

Protecting your intellectual property is definitely a concern, agrees Hakes, who points out that in other countries the monetary value of ideas is central to competitions. “In Italy, for example, architectural practices live off the money they gain from competitions. The UK should offer this as well.”

He says that young professionals can easily find their enthusiasm and keenness exploited when first starting out, and warns against giving too much away for nothing when entering large competitions. “It’s not only the time and resources put into the projects, but also the value of the entrants’ ideas, that go to waste. We’ve been there, when people made us promises that never turned into projects, but were perfectly happy to steal our ideas.

“You have to pay for expertise; you wouldn’t walk into a doctor’s office on Harley Street requesting a consultation for free.”

Hakes recommends concentrating on “competitions you think you can add value to”. “It’s worth more to win one good competition than doing alright in 10 others,” he says.

But Conner disagrees. For him, persistence is more important. Even if a competition seems useless, it presents an opportunity to learn and gain more experience. “The more you do, the better you get. It’s never just one thing that gets you there.”

How to keep your head