Does the industry still need women in property? 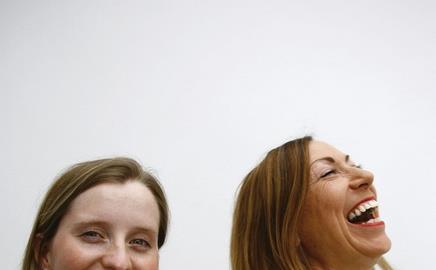 The all-female networking club is celebrating its 20th birthday. But does it still need to exist in 2007? We get two opposing views

It’s time to move on from gender-based groups. The pioneering “power women” have made their point and kindly laid the ground for us – the next generation of ambitious women – to build our careers. Isn’t highlighting the gender gap in our industry now doing more harm than good?

If we want to make up a significant proportion of the industry, we must stop behaving as a minority. I’m sure women would be outraged if the majority of our industry proposed a men-only group. If it’s equality we’ve always wanted, why should women be allowed to be part of an exclusive group and not men? Having a group just for women emphasises that we are a minority and that we might have a complex about it.

When I was at university I found women were openly accepted as equals by their male peers (if not by a few lecturers). After all, most of the population is used to mixed education. Yes, technical courses tend to have a higher proportion of men but so much of university life revolves around socialising with people from all courses, women don’t feel isolated.

But if students are leaving university where there is no gender bias and entering an industry where there are gender-based groups, won’t that encourage them to develop a more prejudiced view to fit in with the existing dynamic?

Undoubtedly, gender-based groups provide a helpful forum for people to network, meet role models and mentors, receive essential professional development and obtain a feeling of camaraderie. However, there are many non-gender-based industry groups that also provide all of these benefits. People like to feel like they belong but, in this era of collaboration, isn’t it better for people to feel like they belong within the industry rather than within their gender within the industry?

If the last career frontier for women is the board room, spending precious networking time with other women who are not there is unlikely to help

If you want a particular job, it’s common sense to seek out the person who has the power to give it to you and then persuade them that you are the ideal candidate. If the last career frontier for women is the board room, spending precious networking time with other women who are not there is unlikely to help.

Katherine Bailey is a project manager at Consensus Commercial Management

Twenty years ago, two strangers found themselves chatting at a property event. As women, architect Elspeth Clements and surveyor Michelle Foster found they were very much in the minority. Wouldn’t it be interesting if the tables were turned and the men were in the minority, they said. So they decided to start the National Association of Women in Property. In the fast-moving, deal-making, shoulder-padded eighties, it was an inspired idea to address the imbalance in the men-to-women ratio of the property sector.

Today women are still in the minority; we make up 15% of the property workforce. We have 1,500 members who believe the need for our organisation is as great now as it was in 1989.

Women in Property not only provides the framework for cross-discipline networking but has taken on the responsibility to nurture female professionals in and into the industry. Men and women are different and women can support and understand each other’s point of view in the workplace better than men might be able to.

The organisation is founded on the basic principles of informing, educating and supporting. Our frequent networking events encourage communication and we also provide continuing learning through seminars, site visits and professional training.

Girls at school may not be aware of the jobs they can do in the construction industry and a lot think it’s not a career for women. We visit schools, colleges and universities, and our 20th birthday celebration, the Birthday Awards, will identify role models for young women and demonstrate the range of jobs open to them.

We support and nurture women in the industry and dissuade them from leaving. Our mentoring programme aims to minimise the drop-out rate. It provides members with a “professional friend” from the organisation to support them at all stages of their career, so younger women are paired with a more mature mentor who will have had similar experiences.

Women in Property provides an important conduit for businesses wanting to expand the number of women in their employment. It also informs the industry of the importance of using the unique skills and talents of women. Women can offer a different perspective in the workplace, they tend to have better communication skills and probably take a more pragmatic view of problems.

In my 20 years as an architect, I have seen an increasingly positive attitude towards female workers on site and in the office, but it has much further to go. Embracing the values women contribute and celebrating our differences adds a constructive dimension to the workplace and boardroom alike.

Whose side are you on? Email us at building@cmpi.biz or click here to tell us “What you think”