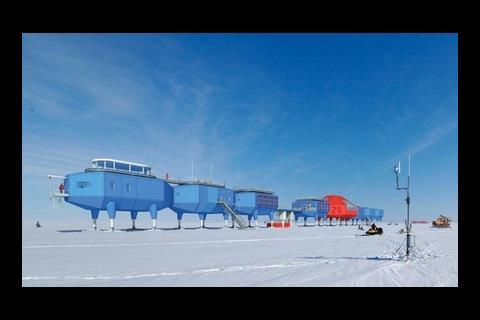 The beautiful south: Galliford Try is building the Halley VI Research Station in Antarctica, which will provide accommodation units and highly equipped science laboratories for the British Antarctic Survey 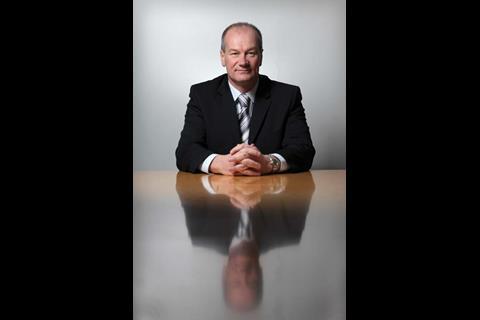 Galliford Try’s construction arm has been keeping the company afloat while its housebuilding side has struggled. Now, as construction wobbles, Emily Wright asks chief executive Greg Fitzgerald if the hybrid model can survive

Greg Fitzgerald has never been on the internet in his entire life. He has never sent an email, has no idea what the Google homepage looks like and admits he would have trouble even switching on a computer. It becomes quickly apparent that the chief executive of Galliford Try is comfortable being different – a good thing, perhaps, for someone heading one of the few hybrid construction/housebuilder businesses in the industry.

Speaking from the computer-free zone of his Uxbridge office, it’s clear that running against the herd is not something that concerns Fitzgerald in the slightest: “Just because we’re one of the only ones with a hybrid model, that doesn’t mean we’re wrong,” he says. “It could mean that everyone else is wrong.”

From pot washer to chief exec

Before moving on to questions about financial performance and strategy, there can be no skipping over those computer revelations. It seems impossible that at 45 years old he has never caught on. But Fitzgerald, who is refreshingly candid, admits that that’s exactly the case. He can’t work computers out. On top of that he thinks email is detrimental to communication because it replaces talking things through and face-to-face meetings.

So how does the chief executive of the eighth largest UK building firm run a successful business without going online? “I just work the same way I did 10 or 15 years ago, using the phone and getting my information from the papers,” he shrugs. “Emails come to my PA and she prints them out for me to read. Is it really that unusual? I suppose it is.”

There is little doubt that Fitzgerald’s avoidance of modern communication is unusual, but then so much about him is. He left school with four O levels – “and one of them was in cookery” – before becoming a kitchen porter in a hotel for a year. He describes this as the worst job in the world and the catalyst that got him where he is today. “Without that awful job, I may not have had the drive to be something better,” he says. “It gave me ambition.”

In 1982 a sous-chef he worked with put him in touch with a contact at Midas Construction – back then a growing private firm looking for an estimator. Fitzgerald admits that, at the time, he had no idea what an estimator was but went for the job, got it and developed a passion for the construction industry from there. Through a series of acquisitions and mergers over the years he has effectively worked for the same company for most of his career. In the late eighties he was asked to form Midas Homes, which was sold to Galliford in 1997.

Fitzgerald says he was convinced he had scuppered his chances of getting the top job after a disastrous day of psychometric testing. “I was absolutely hopeless,” he laughs. “The report must have come back saying ‘this guy is a bloody idiot and don’t take him on whatever you do’. Luckily I was interviewed too, which went better.”

The future of the hybrid model

Fitzgerald’s experience in construction and housebuilding has helped him with the tricky task of steering a hybrid business. He insists that although it is harder to manage than a pure construction or housebuilding business, the hybrid model has proved effective in the recession. “Over the past two-and-a-half years, our construction business has performed well. [The group holds net cash of about £100m compared to £34.1m in June 2009 and £1m a year ago.] This has supported the housebuilding side which has been an absolute disaster. Most housebuilders now have high debts and have broken banking covenants and I have no doubt that if we were a housebuilding business in isolation, we would’ve been in no different a position at the moment.”

Even so, Galliford Try had to make 43% of its workforce redundant over the past two-and-a-half years and took everyone down to a four-day week in January 2009 to save losing more jobs; the five-day week was brought back in July. Fitzgerald adds that now, with signs of recovery in housebuilding but a tough few years predicted for construction, the system will work in reverse.

The other benefit of the hybrid model, he says, is that there is an increasing amount of crossover when it comes to skills: “Our expertise in construction, whether it be in renewables, piling or land remediation gives us an edge. It’s an awful lot easier and safer to appraise land when you have a construction team that can tell you what you need to do rather than relying on a third party like a subcontractor or a consultant.”

Although Fitzgerald is squarely behind the model, there have been whispers that shareholders don’t feel the same. He admits that a hybrid business makes the stock market harder to read – housebuilders may go up one day, while construction firms go down. “Our share price has undoubtedly been disappointing since Christmas,” he says, “but I’ve never had any shareholders speak to me about selling off either arm. They’re buying shares in the hybrid. It’s my job to make sure we’re communicating to them that we are well on target to achieve ambitious goals and continue to deliver upper quartile margins in both construction and housebuilding.”

The ambitious strategy he is talking about entails buying up land with £125m the company has raised through a rights issue – the second in two and a half years. “We believe that we have done exceptionally well through the recession by generating cash through construction,” he says. “So we decided that today was the day to go out and buy land. I thought it was an ideal opportunity to go from 1,700 units a year to in excess of 3,500 units a year in 2011/12. Development is not a quick fix; you have to buy the land, which can take a year or so.”

But is this the time to be spending cash? Fitzgerald thinks so: “This year, in my opinion, will see stabilisation in the housebuilding sector. I don’t believe there will be a double dip – if there is one I think it will be a small one. So we will continue to go out there and buy in a housing market in which there is less competition than I have ever seen. The rights issue was raised in September and, five months in, we are ahead of schedule.”

He adds that a positive repercussion will be that Galliford Try will need to add staff on the housebuilding side of the business. Fitzgerald predicts that, by the end of the year, he will have hired back about 15% of the 43% of the workforce the group had to let go. “We’re taking on, and will continue to take on, a mixture of new staff and people we let go – because when you get to losing 43% you are losing some really good people.” He does admit, though, that things will look different for the construction arm: “In construction we are in a very difficult market and I do see more rationalisation and pain over the next 12-24 months.”

The industry isn’t the only thing that has been affected by the recession. On a more personal level, Fitzgerald reveals that had it not been for the downturn, he may have been planning his departure now – he dreams of “just pottering about” in Devon doing the odd piece of development work. “What’s happened to the world, to the industry and to Galliford Try has extended my time here. I think it would be very poor indeed to walk away from things at the moment, until the company has come through the difficult times.”

Characteristically candid to the end, Fitzgerald explains why retirement is on his mind at the age of 45. “I just don’t see myself working this hard or being under this much pressure for the next 10 years.” And looking round his computerless office and through the window to the depressing business park surrounding it he smiles and adds: “And to be honest, I’d rather be in Devon.”