London is for losers 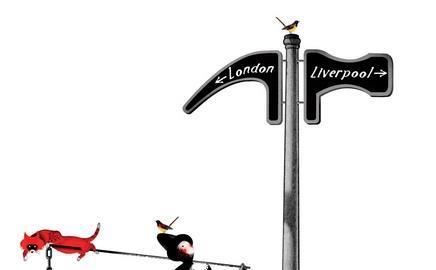 The streets aren’t paved with gold – at least no more than anywhere else. Take note of the Building/Hays Construction annual salary guide and head for the North.

Forget London. Dick Whittington has gone to Liverpool, and he’s staying put. If you live in northern England, you no longer have to up sticks and head south to get a well paid job in construction. As Building reported last month (24 August, page 12), construction activity has reached a seven-year high and this boom means that demand for quality staff is outstripping supply across the country, forcing up salaries and narrowing the wage gap in the process. In construction, the North-South divide has almost disappeared.

This year’s Hays Construction/Building salary guide (over the page) illustrates this process. Bill Chitty, director of Hays Construction, says: “London and the South-east used to be considerably different to the rest of the UK. But if you go to any major city further west or north – Birmingham, Cardiff, Derby, Sheffield – there are large-scale construction works going on. Which means salary levels are very similar up and down the country.”

For example, senior planners in north-west England have had a £2,500 average salary increase over the past year, whereas in central London the rise is only £500. If you work in Yorkshire, the average hike is even higher at £4,000. It is a similar story for estimators in the North-west, who received better pay rises than their southern counterparts. Assistant estimators in the North can even earn up to £4,000 more than those in the South. Chitty says Liverpool is particularly ripe. “It can almost mirror the City of London in the late eighties with all the cranes on the horizon.”

Bernard Craig, eastern divisional manager of Mott MacDonald’s building and infrastructure unit, remembers the seventies, when it was the norm to follow jobs around the country. “I’d been married two weeks and already we were moving from Newcastle to Inverness, and then down to Cambridge for work,” he says. Now more staff than ever want to work in the area they come from, and they often can. “Very few candidates now would consider moving. Staff in the Midlands and North move south only if they want a lifestyle change,” says Chitty.

Howard Walker, Galliford Try’s group human resources director, says that this year 17% of exit interviewees cited working closer to home as a principal reason for leaving the firm, compared with 7% last year. “People don’t need to commute south any more. There are more jobs regionally because of private or commercial work and government projects, especially in health and schools,” says Walker.

Workers in the North are also using the boom to get a better deal in their current jobs, much as their southern counterparts have been doing for years. Mike Peasland, group managing director of Balfour Beatty, says: “We have people who take it to the wire with a job offer from another contractor and then do not leave but use this to leverage their existing packages.”

The northern boom is putting an even tighter squeeze on employers. Nearly nine in 10 said recruitment this year was difficult, against eight in 10 last year. “There is certainly more workload in the regions,” says Mott MacDonald’s Craig. “Everybody is after everyone else’s staff. ” He credits government projects such as Building Schools for the Future for the higher demand.

Hays’ Chitty says that QSs are the most sought after skillset, especially in the North: “There is a shortage of QSs simply because there are fewer living in the North-west than in the South-east, whereas before there was not enough work to go round.”

What next? The gap will continue to get smaller, according to Chitty. “We can only foresee more activity, more opportunities and higher salaries for the North. We expect the North-South divide to continue to diminish while the market remains buoyant. However, it is unlikely to ever be completely equal due to other factors, such as the cost of living.”

Sounds like even more reason for Whittington and his cat to stay put, then.

Site agents/foremen
Salary increases are steady, with an average of 6.3% for a site agent. Those in housing may receive lower hikes because of market consolidation. General foremen been given a 5.4% rise and finishing foremen 3.4%. Their salaries are quite close even though a general foreman will have more experience. This is because a finishing foreman may have a skilled background and salaries have to reflect a
short-term loss in earnings when leaving the tools.

Quantity surveyors
QSs are in even more in demand than last year, especially in the North-west, says Hays’ Chitty. Salaries have gone up 8.9% for a senior QS and 8.6% for a contract QS, compared with 3.6% increases for both last year. Contractors are continuing to look abroad to fill the gaps.

Buyers
Buyers have had the biggest rises of the lot – about 10%, compared with 5% last year. Chitty says: “They are seen as highly influential in the industry in their management of key supply chain partners. Consequently, this is influencing salary increases across all levels of experience.”

Estimators
Estimators are few and far between and there is still a chronic lack of trainees. Assistant estimators’ salaries in the North are eclipsing those in the South (outside London) by up to £4,000, and this is likely to continue.

Planners
Salary hikes are less marked than last year but there is a serious shortage of recruits. Chitty says: “With work for the Olympics, possibly Crossrail, and other large works all due to begin, companies who are seeking to increase their planning resources must seriously look at recruiting now and do their level best to retain staff.” Salaries in the South almost equal those in the North, with only £1,000 separating planners with five or more years’ experience.

Contracts/project managers
The money is similar across the country, especially for contract managers, who are enjoying an average increase of 8.3%. Those who can run £5-10m projects, or several schemes at once, are especially in demand.

Engineers
Graduates and senior engineers have had the biggest hikes at 9.7% and 8.9% respectively. Work is almost guaranteed, says Chitty, as there is a small pool of qualified engineers. Many are going freelance, and Chitty says: “There is a considerable gap between what a site engineer can earn working freelance and the national average for permanent roles. This means a large proportion of engineers pursue
a freelance career before securing salaried roles in their mid-thirties.”

Health and safety professionals
Tables for health and safety operatives were new last year, and this year they’ve seen some of the biggest hikes, with up to 10.8% for those with 10 or more years’ experience. The CDM regulations have changed skills requirements, and consultancies are increasingly being used to help construction firms see how they can save money.