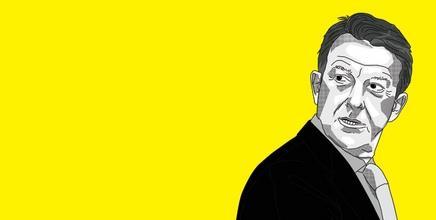 Few politicians know more about making it through tough times than Peter Mandelson. Now it’s his job to help Britain’s businesses do the same

Peter Mandelson knows a thing or two about survival. The Baron of Foy and Hartlepool is on his third stint in government, having bounced back from political oblivion after two previous resignations: the first in 1998, following a scandal over a home loan he received from millionaire MP Geoffrey Robinson, and the second in 2001 amid controversy over his role in a citizenship application from Indian businessman Srichand Hinduja.

Mandelson’s latest recovery, when he was appointed secretary of state for business and enterprise last October has, ironically, placed him at the heart of the government’s drive to stem the economy’s downward spiral by using public building programmes.

But as the man with overall responsibility for the health of British industry, critics have questioned whether he is doing enough to help construction – a sector that is one of the worst hit by the recession and the most critical to recovery. There is also growing scepticism over the success of the £3bn public spending stimulus announced in the pre-Budget report, thanks to delays to initiatives such as the Learning Skills Council’s college renewal programme.

Research shows that it will be difficult for much of the government’s £3bn public spending stimulus to translate into work by mid-2010. Some programmes earmarked for help, such as the Learning and Skills Council’s college scheme, are delayed. What are you doing to ensure that the spending helps firms?

As I said, I’m determined we will deliver on the commitments we have put forward – but I accept that there have been some challenges in some programmes. Departments have now been asked by the Treasury to draw up detailed delivery plans to ensure money is spent on time and spent well. Planning for next year is already under way.

In early March, the Department for Children, Schools and Families announced the list of councils that will receive £500m in additional money to invest in our schools, as well as bringing forward £390m of the money that heads receive directly.

Meanwhile, responses to the discussion paper on the proposed chief construction officer suggested that delivery planning was an are where we should do more.

There has been criticism that the government is focusing too much money on headline-grabbing new-build projects, not refurbishment schemes that could help SMEs faster. Is there likely to be greater emphasis on refurbishment in the future?

Dealing with the existing building stock is a key issue in terms of securing our low-carbon future. The pre-Budget report brought forward £250m of spending under the Decent Homes heading, which will provide small firms with refurbishment opportunities. In addition, the Department of Energy and Climate Change is undertaking a public consultation on the Heat and Energy Saving Strategy. This presents a considerable number of measures that the government is considering. Through our low-carbon industrial strategy we are also looking at ways to create incentives for companies to improve their energy efficiency through retrofitting and adaptation, which will create opportunities for construction businesses.

Is there more that can be done to help SMEs?

We are providing real help for businesses to ensure they are able to get through the downturn. The Enterprise Finance Guarantee scheme and the Real Help for Business package – which also includes guarantees for more than £20bn of working credit lines and new lending through the Working Capital scheme and a £75m capital fund to invest in businesses – are new initiatives.

Businesses that need more time to pay their tax bills are being helped through the Business Payment Support Service. Free confidential and independent advice is also being provided for businesses that have debt problems. We’ve established free “health checks” through Business Link to enable companies to be reviewed by a professional business adviser.

In addition, Train to Gain is providing SMEs with free, independent skills advice including funding to retrain employees, access to short courses and leadership and management training.

We need to give these new initiatives time to bed down before we can decide whether more action is needed.

I accept that there have been some challenges in some programmes. Deparments have now been asked by the treasury to draw up detailed delivery plans

What would you suggest companies with cash flow problems say to their banks right now?

I think it’s important all firms maintain contact with their banks to determine what help and advice is available. Ultimately, the onus is on the company itself to find and take advantage of the help that is there to support it – but we expect banks to treat their clients transparently and constructively.

There is a belief within the construction sector that the government should make a rescue package available, similar to that agreed with the automotive industry. Is the government considering this, and if not, why not?

Whenever I speak to people from the industry, they tell me that the two key issues are liquidity and public sector spending. The most important thing the government can do to help the construction industry restore and reinvigorate the housing market is to rebuild confidence and bring stability back to the financial markets. The machinery of credit is vital and that is why we took decisive action to recapitalise the banks. We have underwritten £20bn of credit lines and tailored a package of bank measures to expose and eliminate toxic assets.

We have also announced that Northern Rock will increase mortgage lending by £14bn over the next two years and have recently secured agreement with both RBS and Lloyds Group to increase lending over the next two years. Lloyds Group will provide an additional £14bn of lending – £11bn of which is earmarked for SMEs – while RBS has committed to lending £25bn in 2009, which will provide a further £16bn of business lending.

On public sector spending, the government is a significant client of the industry – some 30% of all construction is publicly funded, with another 10% accounted for by PFI and similar schemes. We recently announced measures to safeguard PFI projects that were unable to access credit. Our action will ensure that £3bn of public investment in infrastructure projects – including schools, transport and waste – is protected.

We are also bringing forward billions of pounds of infrastructure spending across the UK. The projects include increasing the capacity in the motorway network, improving and building social housing, renewing primary and secondary schools and investing in energy-efficiency measures. The challenge is to make sure we deliver on these commitments and I am determined we will.

How concerned are you about a potential skills shortage in construction when the country comes out of recession?

Skills are certainly a concern and we need to mitigate the impact of the loss of skilled people. The sector skills councils will play a huge role, with their partners in industry and the unions. We need to consider the skills mix that will be relevant for a post-recession industry – for tradespeople, professionals and managers. I would like businesses to think ahead and put in place training plans for their people, so that they are well placed to respond and compete successfully.

We also need to ensure that the skills system is flexible enough to meet the needs of the sector in the future. These questions are all at the centre of our industrial activism, which will produce important initiatives for equipping the UK to compete globally later this year.

Is BERR still committed to its Strategy for Sustainable Construction, in particular the commitment that all firms working on public sector contracts should be paid within 30 days?

The Office of Government Commerce undertook a survey in January 2008 to establish the position of departments in implementing fair payment initiatives and is working with industry umbrella bodies to establish progress. Emerging findings from the survey show that central government clients have implemented fair payment charters on all their new projects.

Some have “retrofitted” charter requirements to their existing contracts, and I am delighted that the Olympic Delivery Authority has brought the payment cycles in their supply chains down to 18 days. But I would accept that this is all work in progress and that we still have some way to go.