The second coming – the Strategic Forum for Construction’s Nick Raynsford 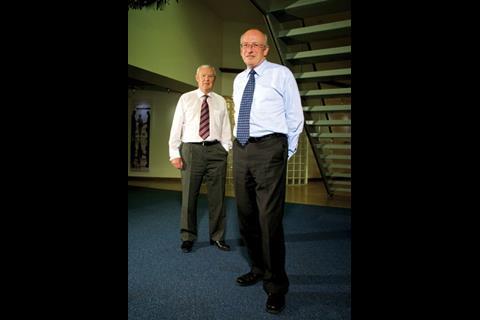 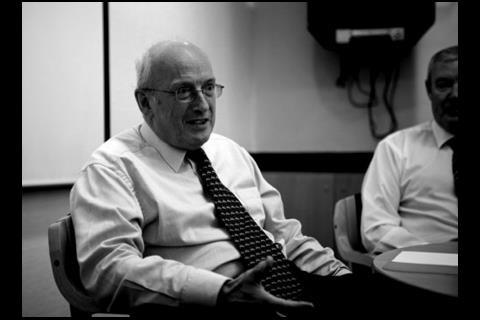 As the Strategic Forum’s new chairman, Nick Raynsford is bent on getting the industry to comply with its targets, recently launched by his predecessor Mike Davies. But is the response likely to be any better than it was to Egan? Kate Wheal met them both to find out

Nick Raynsford promises a new regime at the Strategic Forum, where he has just become chairman. Under the quiet but assured leadership of his predecessor, Mike Davies, the chairman of Marshalls, ways were devised to improve the industry. Now Raynsford, a former construction minister with a track record of fighting its corner in government, plans to turn Davies’ ideas into action.

This means getting us to meet the six Construction Commitments, launched in tandem with the government’s Strategy for Sustainable Construction in June. These include getting main contractors to pay specialists within 30 days, and raising the bar on apprenticeships and health and safety.

It’s not going to be easy. First, there are already signs of dissent in the ranks: last month Building revealed that 30-day payments are not being enforced by three public sector clients – the Olympic Delivery Authority (ODA), the Department of Health and the Highways Agency. Second, the industry’s track record on meeting targets is not great – it mostly failed to meet similar targets set by Sir John Egan in his 1998 Rethinking Construction report.

Third, in the present harsh economic climate many construction companies might be more concerned with struggling to stay solvent than with meeting new standards, however well intentioned they may be.

So how’s Raynsford going to do it? Well, first off he wants to persuade the industry that meeting the targets won’t cost money. If anything, they will boost profits. “The targets are about improving performance and that means better profitability. Whether you’re talking about waste or energy efficiency, doing the right thing means a healthier bottom line.”

The targets are about improving performance and that means better profitability. Whether it’s waste or energy efficiency, doing the right thing means a healthier bottom line.

He’ll also be using his political clout. “I’ve always passionately believed in bringing the industry together to speak to government with a single voice,” he says. “We already have a good relationship with the minister, Baroness Vadera. I also speak regularly to Gordon Brown, so I’m sure we’ll continue a good dialogue with ministers.”

And despite the three public sector clients mentioned above, six government departments have signed up to the strategy, so the new targets are already a step ahead of those set by Egan. “To have all government departments engaged in the preparation of the strategy and all signed up to it is a remarkable achievement,” says Raynsford. “I know there is real interest among ministers. Phil Woolas [environment minister] is absolutely focused on what can be done in the construction industry because that will affect his ability to deliver.”

He adds: “We’ve gone a long way in the past year. My role is to build on that, talk to parliamentary colleagues and ensure they understand. If there is any sign of backtracking, I’ll be in a good position to tap them on the shoulder and say: ‘Make sure you don’t get left behind by your colleagues in other departments’.”

Will this back-tapping extend to notorious late-payers, such as Carillion? “We’re not going to get involved in the minutiae of arguments between individual parties in the industry,” says Raynsford. “The Strategic Forum’s role is to pull the industry together and promote best practice. And within the commitments there are expectations of good practice in relation to payment.”

Davies points out: “The important thing is that people know about the Construction Commitments. We’re well aware we have to work harder to get that message out.” The forum is running regional roadshows and workshops with Constructing Excellence and is also considering using builders merchants to reach SMEs.

Raynsford sees best practice as his most powerful tool. “You use best practice examples to convince those who are not going so far or so fast. The gap between the Balfour Beatties and the white van man is enormous. It would be hopeless for us to say we could keep our finger on the whole lot. What we’ve got to do is take the industry leaders with us and use their good practice to influence others.”

He expects the Olympics to show the lead. “There are bound to be things going wrong in a project this size,” says Raynsford, “but my feeling is it’s going extraordinarily well. And the 2012 commitments have contributed strongly.” Indeed, the targets launched in June were based on the principles set out for the Olympic project in July 2006.

Raynsford points to two Olympic initiatives that he hopes the rest of the industry will learn from. First, the Environment Agency and ODA have increased the capacity of Prescott Lock on the Lower Lea to allow materials in and waste out of the Olympic site by barge. “Now on my patch in Greenwich, aggregate wharves are preparing to send materials by boat rather than sending hundreds of lorries through the Blackwall Tunnel,” says Raynsford of his south-east London constituency.

He also cites the National Skills Academy for Construction on the Olympic site. “It’s a classic illustration of good practice. It’s employer-run and the training is done to ensure that employers have the skills they need – starting with earthworks, moving on to steel erection, concreting and so on. It’s also linking to the networks in east London for getting unemployed people into work.”

Training is central to the Strategy for Sustainable Construction, which calls for 13,500 more apprentices by 2010 and 18,700 by 2012. Last year only 8,500 applicants to ConstructionSkills won apprenticeships. This doesn’t faze Raynsford, who will be working closely with the training body to meet the targets. “ConstructionSkills is convinced it can hit the 13,500 target in the next two years and go beyond that by 2012,” he says. “There has been a problem with the reluctance of employers to offer places but, as with the Olympics, if you break that training down to make it relevant to employers, you’re much more likely to succeed.”

Nick Raynsford’s term will be tough. As Davies says of his year in office: “I was surprised at the difficulties of getting a big industry like this moving.” But with the government on his side and much good will in the industry, Raynsford might well be the man to make targets into reality.

The six Construction Commitments have six associated targets to be met by 2012...

The specialist Geoffrey Taylor, sales director, structural steelwork firm Caunton:
How can you assure us of a more consistent supply of work from government?

Raynsford says The Strategic Forum is well aware of the role the public sector can play in promoting good practice. With programmes such as Building Schools for the Future, we have 150 local authorities as clients so the danger is that some are reinventing the wheel. Co-ordinating bodies such as Partnerships for Schools can ensure there is a transfer of expertise to ensure good practice across the board. It also links with the funding to ensure a continuity of programmes.

In another role, I’ve been talking to the Housing Corporation, English Partnerships and the Homes and Communications Agency (HCA) that will take over from them, about how they can best use their procurement muscle – the HCA will have a budget of about £8bn over its first three years.

The contractor Tony Hyde, managing director, Thomas Vale:
There should be no let-up on the Egan targets. How is the forum going to make sure these and the new targets will be driven through?

Davies says I would have liked to have seen more progress on meeting the original Egan targets. However, we haven’t simply carried on the Egan targets because the agenda has changed to give more prominence to sustainability.

The graduate Talha Timol, commercial manager, Bovis Lend Lease:
What are you doing to raise awareness about construction in schools?

Davies says One target we reported on for the last period related to the increase in people applying to building-related courses. There was a 50% increase between 2002 and 2007, which feeds directly on from awareness at lower school level.

Raynsford says Construction GCSEs and diplomas are being developed. One imaginative training project in Woolwich conducts training on a mock-up site as a much more realistic way of training than going on bricklaying courses in dreary environments. The key is close links to schools and offering them continuing training.

Five years ago there was real concern about the decline in building-related courses. Not a bit of it now. ConstructionSkills’ Inspire scholarships and other courses have become much more attractive because they focus on subjects like sustainability.