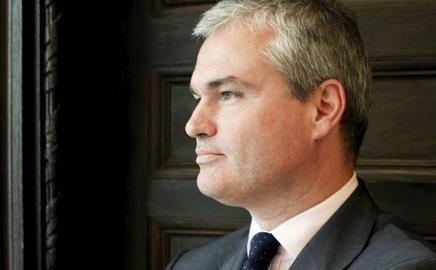 There aren’t many companies that are hiring senior staff, opening offices and preparing themselves for the stock market. But then there aren’t many chief executives like Turner & Townsend’s all-conquering Vince Clancy

Vince Clancy is no pushover. His decision to enter construction was sparked not, like many of his peers, by a desire to create weird and wonderful structures, but by years spent watching his father berate consultants. “He had his own contracting firm, and when I was a boy I used to go to sites with him and see him shout at QSs. It seemed the right sort of career for me.”

After 20 years at Turner & Townsend, Clancy, 44, has developed a greater appreciation of surveyors than his father did. But his approach to business seems pretty fitting for the 2,400-strong consultant. The firm is known for its aggressive, ambitious style, and its ability to translate that into results: its turnover has grown from £30m to about £210m over the past nine years, and its profit last year was £17.1m. And although it has not escaped the pain of the recession, it is hurting less than many of its rivals. So far it has made about 90 people redundant, compared with several hundred at Davis Langdon and EC Harris, and whereas its peers have slashed wages by up to 25%, it has said a public “no” to salary cuts. The firm has also secured roles on some of the largest projects of the moment, notably Crossrail and the Shard tower at London Bridge.

Clancy’s first job was at the firm founded by the legendary James Nisbet. “He had retired by the time I joined. However he continued to spend a lot of his time in the office. I once did an estimate of some work at New Scotland Yard which I gave to him at 5pm on a Wednesday. By the time I got in to work next day he had totally remeasured it and explained to me where I’d gone wrong.”

Some of Nisbet’s thoroughness seems to have rubbed off: Clancy does a good job of painting the picture of a firm emerging from the recession in a stronger position than its rivals. But there are challenges ahead, mainly because one of its richest sources of work is under threat. Much of the firm’s success has been in winning public sector work: it has reportedly been taking £40m in fees from the Office of Government Commerce project management framework. Now this has been expanded from five firms to 12, increasing competition, and the amount of work on offer could decline as public spending falls.

Clancy admits the next year will be gruelling. “It’s going to be a very tough year for the industry and, although we’re seeing some of the volatility reduce, clients are still very wary of spending money. If they can avoid it, they’ll avoid it,” he says.

His response to this is threefold: cut costs, secure more of the work available in its traditional areas and move into more buoyant markets. There is still a serious question about T&T’s cost base, however. While all of its major rivals are reducing basic pay, why is T&T sticking to its no cuts policy? “I was there in 1990 and 1991 and I saw a lot of businesses cut out their capability,” says Clancy. “One of the reasons we’ve had such growth over the past 15 years is that some of the measures we took at that stage weren’t as severe.” That said, he is too cautious to say cuts are permanently off the agenda. “Whether it’s still the strategy in 10, 12, 14 months, I can’t tell you.”

For now, the firm’s approach is working. Some professionals in buoyant sectors are jumping ship – Currie & Brown, for example, recently lost senior managers in charge of its schools and its nuclear work. By contrast, T&T is bringing talent in. In April, former Land Securities director Steve McGuckin joined as managing director of programme and project management and its latest recruit, former Deloittes partner Mark Wainwright, will head the mining division. “It’s one of the opportunities of the market,” says Clancy. “Of course we’ve got to react to the market conditions, cut costs, be more efficient. At the same time we will continue to invest because we want to come out of the recession in a strong position.”

He says the recent appointments will help establish the firm as a specialist in major programmes and strengthen sectors such as mining and transport. Earlier this year, the firm restructured itself around consultancy, delivery and operations divisions, and announced its intention of providing an “end-to-end” service for clients.

Clancy says consultants have to re-shape themselves if they are to survive not just the recession, but the recovery, too. “The fundamental thing businesses have to get their heads around is that there is never going to be spending like there has been in the construction industry over the past 10 years. We’re adapting to that by offering a programme management approach that we believe will cut a lot of our competitors out and by changing our service model.”

Boosting its international presence is also on the agenda, perhaps unsurprisingly given that Clancy spent three years as head of T&T’s global business while he was being groomed for the top job. In this financial year 40% of turnover come from abroad, compared with about 15% four years ago, and the push is continuing in the Americas. The firm has recently opened an office in Chile, another in Brazil is on the cards, and it is looking to make further acquisitions in the US and Canada, following its purchase of Houston firm Busby & Associates in March. The American PPP market is a top target.

The firm is also increasingly keen on global alliances – Clancy credits its success with Crossrail to its partnership with US giants Aecom and CH2M Hill – which says a lot about the sort of firm T&T wants to be, namely, an internationally recognised plc. Its stock market ambitions were thwarted by the start of the downturn in early 2008, with a last-minute decision not to float that reportedly cost the firm £1m. But the aspiration is still there. “It is our intention to go back to the market. Obviously, the billion-dollar question is when will that be?”

The firm is aiming high. As Clancy leaves for his next meeting – via a quickfire photo shoot in the lobby – it’s clear he’s determined to take it there.

Consolidation
I think we will see more consolidation but that won’t happen until people are convinced that we are at the bottom of the cycle. Because the last thing you want to do in the UK at the moment is take on a bigger headcount. But I can see some of the bigger engineering firms selling parts of their businesses – effectively swapping assets – as companies shake out.

Clients
Over the past 10 years, we’ve seen clients and suppliers working more intelligently together. The danger is that clients will knee-jerk back to a scenario that is very competitively based, very transactional and very short term. We are seeing tender lists of 15 or 16 coming out and that doesn’t do anyone any good.

Chelsea Barracks
To have outside intervention around the process was unfortunate. And at a time when the industry needs things being built, it’s not a good result. That said, I believe in the end, it’s totally up to the client.

Career high?
Heathrow Terminal 5. We put a lot of work in, I led the team and personally it was a great success.

What do you do to wind down?
It’s easy – I’ve got three boys. They play golf, football and rugby so that keeps me busy outside of work.