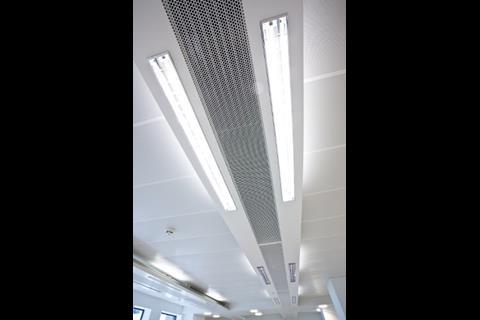 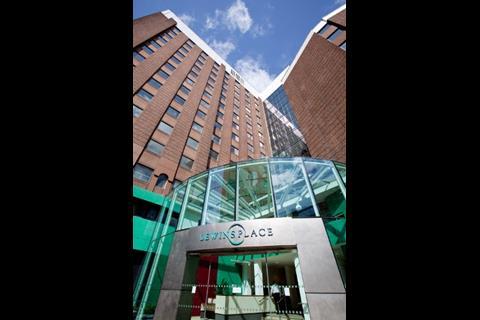 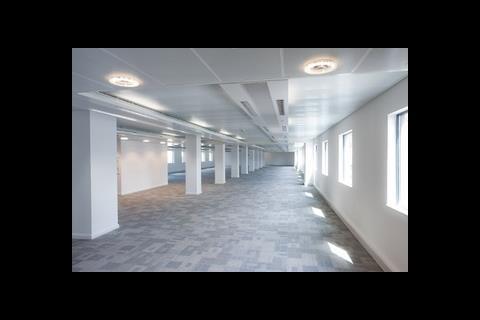 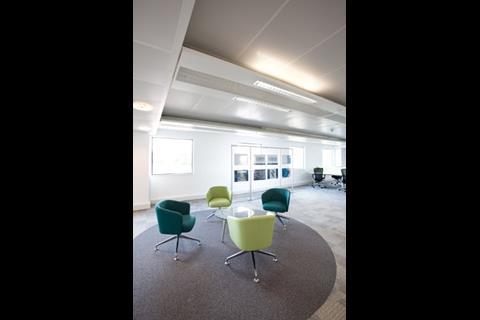 New developments are the main focus of the government’s campaign to reduce carbon emissions from the built environment, yet they only account for 2% of the building stock each year. Improving the UK’s older structures is therefore a vital part of meeting emissions reduction targets. However, refurbishment projects require careful thinking to maximise long-term return on investment, not only in terms of energy efficiency but occupant comfort.

The constraints of having to work around existing systems and structures in older stock can bring many challenges, particularly when installing a new heating and cooling system. But this does not mean building owners should be put off refurbishment because it can bring significant improvements in energy efficiency as well as big cost reductions over the lifetime of the building.

Brian Atkins, an associate at consulting engineer Hulley & Kirkwood, worked on a large-scale refurbishment in Bristol, where the client wanted to bring a 1970s office block up to date.

Lewins Place, formerly called Greyfriars, is a two-tower construction, with 14 floors in the West Tower and seven in the East Tower. The existing external envelope comprised concrete wall panelling and single-glazed units with internal brick riser shafts positioned around the perimeter. The building’s thermal characteristics were typical of the era.

“At the outset of the refurbishment, we were constrained by a plant arrangement that reflected the building services design prevalent in the early 1970s,” says Atkins. “There was a centralised supply airhandling plant and a centralised extract air-handling unit on the 14th floor. This served a perimeter induction system to provide heating, cooling and fresh air throughout both towers.”

The perimeter induction system had been in operation for more than 35 years and was not suitable for the demands of a modern office building. Also, it would not support any cellularisation of the floorplate. The centralised chiller plant had been renewed some six years before but all other elements of the centralised air supply/ extract system needed to be replaced, including boilers, pumps, fans, motors, dampers and pipe and duct work.

The objective at Lewins Place was to achieve maximum lettable floorspace and maximum floor-to-ceiling height. Hulley & Kirkwood took an holistic approach. Application of IES thermal modelling gave the engineers an overview of how the building had been operating, and where the most effective refurbishments could be applied.

“It became self-evident that the thermal characteristics of the envelope had to be improved to attenuate the growth in cooling demand to match the maximum output of the existing chiller plant,” Atkins explains.

In finding an energy-efficient solution, the engineers also identified a cost-effective approach. “The thermal transmission values of external walls and the roofs were reduced to align them to current Building Regulations,” Atkins says. “Clearly Hulley & Kirkwood’s design approach had to accommodate the enhanced internal conditions while being aware that any replacement plant would have to fit within the limits of the 14th-floor plantroom. Also, the cooling output of the existing (and remaining) chiller plant placed a limit on the overall cooling demand.

“The glazing was replaced by sealed double-pane units in low-emissivity glass. No solar shading mechanism was considered because contiguous buildings gave a considerable shadow path for the southerly facade for much of the year. The net present value was not a deciding factor because of the significant capital invested in replacing similar (main) items of generating plant and because recurring costs, from the existing to the proposed scheme, would alter very little. The design had also to achieve a BREEAM rating of very good.”

As well as the physical limitations placed on refurbishment decisions, there are financially-driven decisions. Atkins says this had a significant effect on the choice of thermal emitters: “We considered a number, including fan-coil units, perimeter-induction units, thermal ceilings and active beams.”

Further spatial restrictions were imposed by the client, such as no ceiling voids, no low-level emitters and integration with the lighting layout. “We also had to take into account factors such as the spatial arrangement of the existing air distribution systems and the locations of the peripheral risers,” Atkins adds.

It was an architectural imperative that the luminaires and the acoustic baffles had to be integrated with active chilled beams. The final selection was a four-pipe active- beam system, designed, supplied and installed by SAS International. More than 1580m of integrated service modules were specified.

The modules integrated top-discharge active-chilled beams, T5 luminaires, PIR sensors and a flanged edge to support a suspended metal ceiling system. With the combined services in one compact unit, the flanged edge removed the need for a separate ceiling support system, allowing the metal ceiling to be installed directly below the soffit.

The issue of occupant comfort was addressed with further research into the beam’s performance. Hulley & Kirkwood undertook a review of the empirical steadystate data produced by SAS International, and referred to the deterministic model derived from BS EN ISO 7730. This standard enables designers to estimate how many users will feel they are in a draught, for instance – a predicted percentage dissatisfied (PPD) of occupants.

For Lewins Place this was calculated by taking into account the beam’s physical arrangement, level of turbulence, mean air velocity, delivered temperature of the air stream and the occupant’s perception of discomfort. Atkins says: “The average PPD for an open floorplate became 8.1%, which lies within the comfort limits outlined in the standard.”

The active beam arrangement provides fresh air, heating and cooling via two-port valves and temperature detectors to eight independent zones for each floorplate in the West Tower and seven zones in the East Tower. Although the services design was based on an openplan arrangement of each floorplate, the client requested that a degree of cellularisation (about 15%) be taken into consideration. Anything exceeding this level of subdivision would have an effect on the predicted heating and cooling demands and possibly make it more difficult to secure the BREEAM rating of very good.

An additional benefit of the active chilled-beam system is that it provides low energy consumption without the spacedemanding ductwork associated with airconditioning systems. The dew point of the supplied air imposes a limit on the operation of chilled beams.

At Lewins Place, a recirculation air path was introduced between the supply and exhaust air streams (14th floor plantroom). Atkins explains: “The recirculation air path offers two big improvements. First, it reduces the dehumidification load and chiller demand during summer. Second, it minimises the operation of the air-handling unit’s air heater batteries in winter.” The result is that energy use is reduced while occupant comfort is maintained.

This balancing of the client’s requirements, financial considerations and physical constraints is typical of the challenge in refurbishment projects. Add to this additional goals such as a notional BREEAM rating, and the consulting engineer’s role becomes increasingly important.

Atkins maintains that the engineer’s focus should be on the occupants: “The whole objective of any building services design is to provide thermal, aural and visual comfort to the occupants. All other objectives are subservient to these.”

The importance of building performance to property developers and owner-occupiers cannot be underestimated. Working with legacy systems is not without its challenges, but with a cohesive design team working together with a manufacturer, a solution that meets energy and Building Regulations can be achieved. More importantly, the refurbished Lewins Place provides a comfortable environment for all who work there.