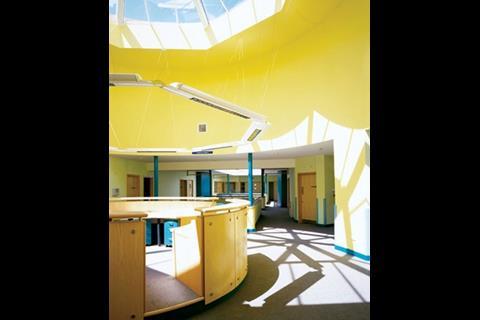 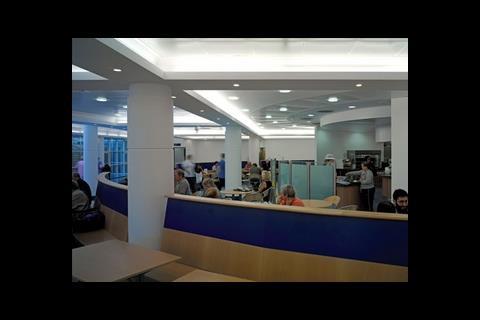 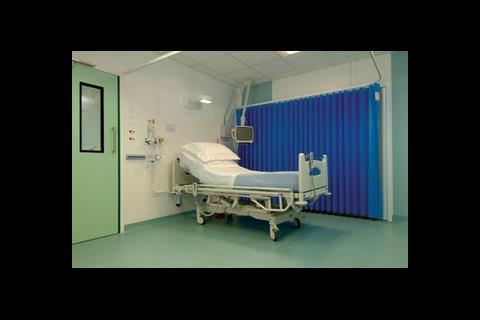 One innovation in CIBSE’s new guide to hospital lighting design was getting the DoH involved at the outset. Another is the holistic approach it sets out. Principal author Nicholas Bukorovic explains

The revised Lighting Guide 2, CIBSE’s long-awaited update of its publication on lighting for hospitals and healthcare buildings, has finally arrived. In many ways it has benefited from the delay – for example we took the opportunity to harmonise its content and task illumination levels with the requirements of BS EN 12464-1: Light and lighting. Lighting of work places; Part 1: Indoor work place. And it better reflects the way hospitals are built these days and, more importantly, the way they are run.

While paying respect to the technical content of the 1989 edition, the guide encourages lighting designers to take a more holistic approach to their profession. Understandably, publications aimed at advising lighting designers, especially within the healthcare establishment, have generally focused on technical requirement; but lighting has always been about more than just providing for the visual task – it has to be about the illumination of spaces, enhancing and describing the architecture, and it must be a producer of emotion.

So while centring on the specific task requirements, the guide also pushes the designer to think about the balance of the three-dimensional space by considering vertical surface luminance, spatial colour and the architectural intent. It encourages lighting that is not only functional but mirrors the efficiency and drama of similar areas in large commercial buildings to create pleasurable spaces.

The irony of previous publications is that they are aimed at a sector that is self-governed – formerly by the NHS, now by the Department of Health (DoH) – which also produces its own technical guidance for use by its staff and to act as advisory documentation for private design consortiums.

Unfortunately, in the past some of the advice given by both parties has been slightly contradictory and a source of confusion. LG2 2008 set out to resolve this by inviting the DoH onto the task group to contribute in formulating the guidance. Its involvement has formally endorsed LG2 as an authoritative document.

One of its major concerns was the guide’s ability to encourage energy savings and make this become a major consideration in the lighting design process. The government is forcing the DoH to find ways to reduce its energy use, but despite its efforts it is still seeing large annual increases in consumption and energy costs are starting to soak up a significant part of the annual budget.

It is now a statutory obligation for any lighting scheme proposed within England and Wales to meet the requirements of the Building Regulations Approved Documents L1 and L2 on the conservation of fuel and power. These were mainly introduced to discourage the use of inefficient light sources and do nothing to promote a more thoughtful design process rewarded by further energy savings. In response to requests from the Department of Health to look at ways to help reduce its energy needs, LG2 details a new design energy efficiency rating system (DEER) aimed at encouraging responsible lighting design (see sample worksheet below).

It largely follows the principles of Part L but uses its target value as a base level or statutory minimum. It then extends the scheme by introducing two higher levels of efficiency, best practice and exemplary. The three levels and the corresponding energy target values are:

• DEER level A (exemplary): 66 and above luminaire lumens per circuit watt.

The DEER method rewards greater attention to detail during the design process but still allows for visual expression. It also allows the specification of a project to be centred on energy efficiency if required. Lighting designers and specifiers should be aware that the system is partially “aspirational”, in that it will require lighting application and luminaires to be developed before it’s possible to constantly achieve the highest levels set.

The DEER method can be used on small or major projects, but for it to be effective it should adequately cover most areas of a building, which in the case of a new hospital are extensive. However a lot of areas are duplicated, so LG2 defines 10 such common areas covering everything from offices to operating theatres and corridors.

Obviously if the project is smaller in scale then only the areas immediately concerned with the project need to be considered. In fact the specification can concentrate one particular area and request a certain level be met within that area if important.

Further examples of the publication’s efforts to increase energy efficiency can be seen in the lighting schedule. It goes on to promote the principle of energy saving by introducing a maximum value for each task area, a move that is aimed at encouraging the use of lighting controls.

One change introduced in the guide is the recommendation that wall-mounted luminaires used for general or patient care lighting be mounted at a minimum of 1.8m from finished floor level to the physical centre of the luminaire. This is deemed the optimum height to provide greater efficiency, especially for the indirect component by virtue of its reduced task to source distance, and its proximity will also aid visual comfort.

If the optimum mounting height cannot be achieved the designer should ensure that any visual discomfort to patients and staff, especially those arising from views of the indirect source, is kept to a minimum. If the indirect component is to be mounted lower than 1.8m then the luminance limiting value of 1500cd/m2 (average) between the elevation angles of 90º and 145º should be achieved.

On the subject of patient lighting, the guide redefines the task lighting requirement for reading and other such tasks by introducing a “patient reading/activity plane”. Previous editions have called for the patient’s reading light to give a minimum of 300 lux on and around the pillow area; in reality most people will rest with their head or back against the pillows, so the actual task area requiring illumination will be further down the bed, probably around the region of the patient’s torso.

For this reason, and to allow for the various positions adopted by the patient at rest, the 300 lux value should be an average value measurable over a horizontal area of 1m × 1m (ie 1m2) centred at the bed head and directed towards the bottom of the bed at a working height of 1m above floor level.

It is also a common practice in wards that during periods of rest the indirect or room lighting component will be switched off to aid sleep; any patient wishing to read during these times will use their personal reading light. It is therefore imperative the designer ensures that any luminaire intended to be used as a patient reading light fully meets the performance requirements detailed above independently of any indirect or room lighting component; the calculation or demonstration should also show that it has taken into account the possible shielding effect of the bedhead or the patient’s head and shoulders.

The guide continually advocates the need for the designer to create comfortable lighting conditions, especially within the wards. Quality and comfort of the lit space when viewed by the recumbent patient will be greatly dependant on controlling the direct glare from the luminaires and the luminance balance it produces on the room’s surface.

In order to ensure the quality of the lit environment is achieved, LG2 now requires a multiple level assessment to be carried out. The direct glare from the luminaire together with its average luminance against its immediate background should be calculated, followed by the luminance balance produced on the room’s surfaces by the luminaires. All the calculations can be easily undertaken using most of the lighting calculation software programs currently available.

When patients are being attended to by nursing or medical staff, curtains will usually be pulled around the bed to provide an element of privacy. The lighting design must demonstrate that in these circumstances, the average illuminance within the curtained area for both the general level and the nursing care level must not be reduced by more than 25% when compared with the unscreened bedded area; ie the minimum recorded average illuminance must not be less than an average of 75 lux for the general lighting level and not less than an average of 225 lux for the nursing care level.

The calculation should also prove that the minimum acceptable illumination level of 75 lux (average) for the general ward lighting is maintained outside the bedded area when all the bed curtains within the ward are drawn around simultaneously.

One other important area where LG2 2008 differs from previous editions is in the design and provision of night lighting. Night lighting needs to achieve two things: first, to provide enough light for the safe movement around the general ward area; and second, to allow the nursing staff the ability to discern facial features and a patient’s general condition.

A patient in discomfort will generally convey this through facial or arm gestures. It is important therefore that the lighting level is sufficient to allow staff on nightly rounds to see the patient’s face, but not high enough to destroy a good sleeping environment. The illuminance for the central ward circulation space should be no more than 5 lux average at 0.85m working plane.

The use of a single source to illuminate the whole room will not achieve the performance criteria and should now be avoided; LG2 2008 recommends the use of multi-lamp or localised sources. Low output devices such as light emitting diodes (LEDs) may prove a better choice for night lighting applications against the use of dimmed or low wattage fluorescent lamps. Night lighting needs to be considered as part of the whole design and not as an afterthought or a totally separate provision.