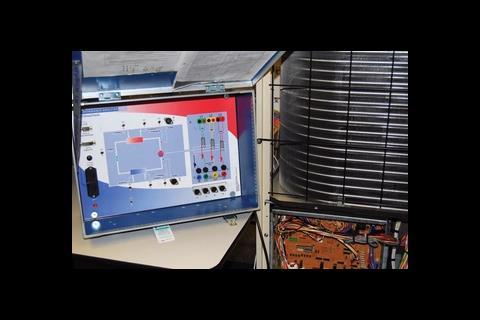 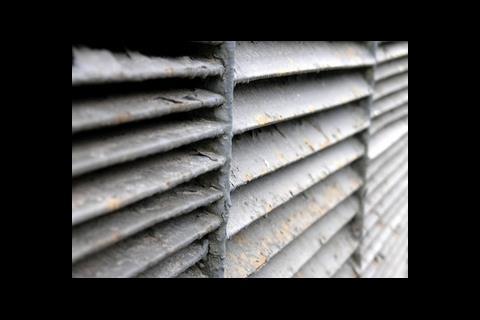 As well as making EPBD inspections less subjective, ClimaCheck also has a role in preventive maintenance

A new system from Scandinavia could reduce the guesswork in assessing air-conditioning and refrigeration equipment for energy performance certificates, says Mike Creamer

There will be some surprises when results start flowing from the new inspections of building efficiency required under the Energy Performance of Buildings Directive (EPBD) next month. The truth is that many, dare I say most, buildings will be shown to operate well below optimum efficiency.

Air-conditioning will be a significant component of the inspections, but producing an energy assessment will be hampered by the fact that most buildings don’t have sufficient operating information. Inspectors will have to piece together a verdict from several techniques and non-quantitative approaches, which means the results may be open to challenge and that differences in emphasis between assessors may call into question the comparability of results.

The answer could be a new system from Scandinavia, based on mathematical algorithms, that provides a quantitative measure of AC performance. It uses simple measurements from working plant to calculate performance. Armed with this, engineers can optimise performance – resulting in big reductions in power consumption and carbon emissions.

In an ideal world, energy submeters would be fitted to the main AC system components of all buildings, making the EPBD inspections easy. There would also be a building logbook, containing descriptions of the AC system, the locations and specifications of components, and details of control systems. This information would make it relatively simple for the inspector or building manager to draw up a record of energy consumed by the plant – and produce an assessment of its effectiveness in relation to the building – provided he or she has a means of assessing the heat gain profile for the year, which involves a complicated set of calculations or the use of dedicated software.

However, as CIBSE acknowledges in Technical Memorandum 44: Inspection of air-conditioning systems, obtaining a good estimate of AC efficiency can be a complex process, involving considerable time, equipment and expertise. As a result, it says, “inspection will primarily be based on visual observations and non-invasive measurements”.

This raises two concerns. First, because the assessment is based on observation rather than quantitative assessment, it may be open to challenge, particularly if the results are unfavourable and have a negative impact on the building’s overall energy rating. A building rated as poor will be less attractive to environmentally aware tenants and will cost more to run, which will affect the rent it can command. An energy inspection based on subjective, non-quantitative criteria could well be contested – and subject to possible legal challenge because of the consequences in terms of the building’s value.

The second problem relates to consistency between inspections. If AC energy efficiency assessments are based on a mix of subjective methods, used to varying degrees and with varying emphases between buildings and between inspectors, the comparability of results may be called into question.

Doubt and controversy could be avoided using the ClimaCheck system developed by Klas Berglof, a Swedish thermodynamicist and refrigeration expert. It provides a quantitative measure of the coefficient of performance (COP) of a working AC system that would otherwise take significant time and money to achieve.

Berglof’s system uses mathematical algorithms to calculate essential performance parameters from operational data. Clip-on probes produce seven temperatures, taken at strategic points around the operating refrigeration circuit, two pressure readings and a figure for power input. With the principles of thermodynamics, and the precise known operating characteristics for each refrigerant, ClimaCheck uses these numbers to quantify the efficiency and performance of the plant.

Specifically, the system uses the pressure and temperature before and after the compressor to establish the enthalpy increase; the high pressure and refrigerant liquid temperature to determine the enthalpy difference between the condensers and evaporator; the energy balance over the compressor to determine mass flow, coupled with known heat losses; and, together, the mass flow and entropy differences define cooling and heating capacity.

From these, the ClimaCheck instrument calculates some 40 variables, including overall efficiency for cooling and heating, system capacity, compressor efficiency – as a measure of wear, superheat in the evaporator, subcooling in the condenser, and flow in the condenser and evaporator. Faults and defects can be identified within minutes of attaching the system to the plant, and it is non-invasive so does not interfere with the refrigeration circuit.

The system is widely used by consultants and end users in Scandinavia to make reliable, comparable assessments of the performance of AC and refrigeration plant. Supermarket chains in Britain have recently started using the system to obtain quantitative measures of the efficiency and performance of cooling systems.

ClimaCheck can also highlight where component wear is affecting performance and likely to result in breakdown. It therefore has a role in preventive maintenance.

Members of the European Union are required to introduce a system of mandatory inspections for air-conditioning as part of the programme to assess and improve overall building energy efficiency.

For further information and details of the regulations in Scotland and Northern Ireland, visit:

Mike Creamer is managing director of Business Edge, the UK distributor for ClimaCheck