A call to arms for RIBA & Co 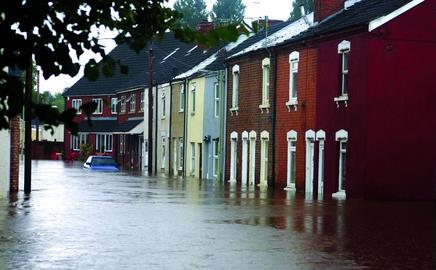 The view from The Edge When it comes to climate change, our chartered institutions have let the government down, let society down and, most of all, let themselves down …

Back in July, as the rain beat down and floods brought normal life to a halt across the country, climate change was fingered as the culprit, and the government was attacked for not heeding the warnings of meteorologists and the Environment Agency. But if the flooding was a big problem this time, it is nothing compared with what we will face over the rest of the century.

Focusing on what many see as a closing window of opportunity, a recent Edge debate asked the question: “What did you do in the thaw, Daddy?” What are the professional institutions doing? Is it effective? Is it enough? Taking us through it were three agents of change, in the form of former Institution of Civil Engineers president Mark Whitby, current CIBSE president John Armstrong and the then RIBA president-elect Sunand Prasad.

Among a lot of familiar themes, the picture that emerged was that politicians, in big ways (the Climate Change Bill) and in small ways (Ken’s Greater London Authority), were moving faster than the institutions. It may be too late for the institutions to win back the initiative, but how can they pick up the gauntlet thrown down by the government?

The 60% reduction of carbon dioxide emissions required by the Climate Change Bill will transform the sector. It is not clear how the target was settled upon and most scientists believe the figure needs to be much more stringent but 60% is still daunting. It appears to have been latched onto by politicians with little understanding of how it will be achieved and without much consultation with those who have to deliver it.

The debate called for collective action from the professions. But, as professionals do when they gather together, they provided plenty of analysis of why they had chosen not to act so far

All this now makes it urgent for the leaders of the professions to develop scenarios as to how almost any target might be achieved, and to put in place the professional thinking, education and standards to achieve at least one of them. For example, do we really think that nuclear fuel is plentiful? That we can build atomic power stations quickly enough? And that the CO2 associated with uranium mining will not be added to our carbon budget? Do we trust renewables, new technology and a business-as-usual approach, or do we begin planning for an energy-poorer world, where we have to do without some things we now enjoy?

Politicians and administrators have set a framework and even put into law certain targets, but they are depending on engineers, architects and others to deliver the solutions. And that includes the institutions which, through the charters that validate them, owe their first duty to society – both today’s and tomorrow’s. The detail of what is being proposed at a political level is hazy, perhaps, because it is some distance away and the politicians have yet to tackle the specifics. This is our opportunity. We can begin to fill it in, in a way that is realistic to us, rather than waiting for others without the technical knowledge to do it for us. It is about leadership. It won’t be easy, and institutions have never really acted like this before: they have not needed to. It is also going to be risky and will ruffle a lot of feathers, but that is what leadership is about.

The debate called for collective action from the professions. A standpoint of knowledge and ethics was pointless unless they acted as well. But, as professionals do when they gather together, they provided plenty of analysis as to why they had chosen not to act so far. There was agreement that research is needed, and feedback that allows designers to do better next time. There was a call for a pan-industry body along the lines of the National Institute for Clinical Excellence to help professionals know what to believe in a world rife with misinformation, and agreement that more exemplars, like the German PassivHaus, were needed. But proposals for specific action were thin on the ground. Perhaps, as one speaker suggested, it is too late for technology and it is collective opinion that has to change. But, uniquely, it is a field where all effective solutions are needed simultaneously.

If one looks around for something similar, perhaps the nearest we get is the formation of the NHS. Then, the British Medical Association put the interests of its members above those of the country and got wrong footed. Then, as now, the government was ahead of the profession, but the doctors had the advantage of being essential to the success of the NHS, and Aneurin Bevan duly “stuffed their mouths with gold” to get his way. Other professional bodies, such as the British Hospitals Association, were wound up. This time, we are unlikely to be as lucky as the doctors; nor are we showing many signs of having learned from their experiences.

Adam Poole and Simon Foxell are members of think tank The Edge, www.at-the-edge.org.uk