A case for compensation 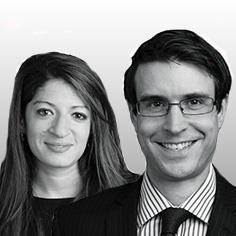 The NEC3 Professional Services Contract (PSC) provides that the employer must notify a compensation event where he instructs a change to the scope of work (clause 61.1).  For other compensation events, the consultant must notify the employer of the event within eight weeks from becoming aware of it, failing which the claim will be time barred (clause 61.3).  A recent decision in the Northern Ireland High Court considered these clauses.

The case concerned an appointment between the Northern Ireland Housing Executive (NIHE) and Healthy Buildings (Ireland) Ltd (HB). This case is only persuasive in the courts of England and Wales.

The court found that NIHE, in imposing a more onerous sampling obligation on HB, changed the scope of HB’s services

However, given that there are relatively few authorities to assist with the interpretation of these clauses of the NEC3 contract, the English courts may well be asked to consider it if similar issues arise.

HB’s appointment was in the form of a PSC, June 2005 edition. Under the terms of the appointment, HB was to carry out surveys to locate and record materials containing asbestos. The services schedule required HB to use sampling and analysis, but also allowed in certain cases for presumptions to be applied which reduced the amount of inspection work required.

A meeting was held between the parties on 10 January 2013, in which NIHE outlined its requirements for the level of inspection to be carried out at each property. In particular, HB was asked to take samples from every room where asbestos might be present, which involved more extensive work than HB anticipated undertaking. HB notified NIHE on 23 May, more than eight weeks later, that this more extensive work constituted a compensation event.

The key questions facing the court were:

The Northern Ireland Court of Appeal found that NIHE had varied the services and that HB’s claim was not time barred (even though it was made more than eight weeks after the instruction was given).

The court found that NIHE, in imposing a more onerous sampling obligation on HB, changed the scope of HB’s services and that this constituted a compensation event.

The court found that:

Consultants may take some comfort from this decision, which highlights the key exception to the need to notify compensation events within eight weeks. That said, to the extent that a consultant believes an instruction/action by the employer constitutes a compensation event, best practice would be to notify the event within the contractual period in order to avoid time bar arguments.