A fair exchange is no robbery: Currency fluctuations 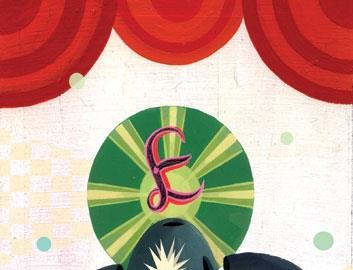 Money matters: Currency fluctuations have never been much of a concern, but with the pound at an all-time low, parties need a more advanced approach to managing risk

The collapse of the pound against the euro and other major currencies can be added to the long list of depressing economic indicators that have stacked up so far. As financial commentators search for positive aspects of such devaluation, the reality is that the UK construction sector relies heavily on imports, particularly of specialist plant and equipment.

Reliance on imports has been a feature of the industry for some time, but this has so far not led to significant concern about exchange rates or contractual allocation and management of the associated risk.

Within the UK, the standard contractual approach has been to use sterling as the sole currency with little, if any, mention of exchange rates. Furthermore, no adjustments are made to the contract price as a result of cost fluctuations, including those caused by foreign exchange variations during the course of the project. As a result, the supply chain has so far benefited from positive developments on exchange rates, but it now bears the risk of devaluation.

Unsurprisingly, elements of the supply chain are telling their employers that the standard allocation of risk is no longer appropriate. They are, therefore, asking for a more sophisticated approach in the agreements that are being negotiated and, in the case of existing contracts, requesting that their employers consider renegotiating terms. This resembles the situation that arose after the increases in raw material costs last year.

Although suppliers may find it difficult to account for rises in raw material costs, currency fluctuations has been a manageable risk for some time. Therefore, if approached to renegotiate agreed terms, one of the first questions an employer should ask is why the supplier did not protect itself in the first place.

In the case of new agreements it would be sensible for the supply chain to insist that the allocation of risk be dealt with in a more detailed way, such as by:

If approached to renegotiate terms, one of the first questions an employer should ask is why the supplier did not protect itself. It is hard to see why renegotiation should be agreed to

As mentioned earlier, standard contracts have not focused on this topic in detail, but the NEC3’s secondary option clauses on price adjustment for inflation and multiple currencies could assist to some extent. A word of warning, however: take care to ensure that the fluctuation clauses do not give double recovery for currency changes – for example, if fluctuation clause adjustment already takes into account the increased cost of imported material.

Having allocated risk within the contract, it is appropriate to make arrangements to support risk allocation. If clients are of a sufficient size and regularly use foreign currency, they could simply buy the requisite amount of currency on entering into the contract or when the commitment arises. For companies that find this difficult, a common step is to take out a forward foreign exchange contract. This involves buying or selling a specific amount of foreign currency at a certain rate on or before a certain date. Clearly there is a risk involved if the

currency rate falls. There is also a cost for this, but it is generally dealt with in the exchange rate itself. This does however rely on a strong degree of certainty in the requirement. Greater flexibility may be found in taking out currency options or similar products from the wide range on offer. One factor to take account of is that the actual demands on foreign currency may be

greater than the clearly identified elements within the contract, as variations or claims may arise.

In summary, although currency fluctuations add another burden to the industry, the risks should be manageable if they are clearly identified and their allocation in additional contract terms is backed by commonly available financial arrangements.

Richard Ward is a partner at Eversheds