A question of scope 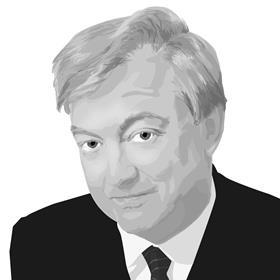 Sometimes, just sometimes, the party that begins an adjudication insists that the scope or issues are limited to this or that or the other. That’s what happened when employer Global Smith Estates Ltd began an adjudication against Sudlows Ltd, its design and construct contractor for the new data centre fit-out in the old Financial Times building in London’s East India Dock Road. Sometimes, just sometimes, the responding party in an adjudication brings into the response this, that or the other issues, points or arguments that the referring party then says are not allowed. That’s what happened in this adjudication.

Sometimes, just sometimes, the adjudicator, at breakneck speed, has to decide whether to block, or knock out or let in this, that or the other issues, points or arguments, saying he or she does or does not have jurisdiction. That’s what happened here, and because the adjudicator’s eventual award on the substantive dispute included and excluded this, that or the other, the High Court struck down his award for very nearly £7m otherwise payable by Sudlows to Global. The case includes superb guidance on what has become part and parcel of adjudication. Some call it scope; some call it jurisdiction.

Shall we look at the rules from two directions? First, let’s consider the referring party; he wants to describe the dispute in his paperwork and limit or exclude certain other matters from the scope of adjudication. He can do that provided the notice of adjudication confines, describes and explains the dispute specifically or to specific parts of a wider dispute such as the valuation elements of work. Say there are 30 variations in dispute. He can choose any one or more of the 30, or all of them, as the dispute.

The case includes superb guidance on what has become part and parcel of the adjudication. Some call it scope; some call it jurisdiction

Say he identifies number 10, and wants a declaration as to value. That’s entirely okay. His opponent is then limited to tackling that one declaration. But watch out; the respondent can advance any defence to rebut the valuation of number 10. She can argue that 10 is not a variation, argue it is payable but argue the price. She can agree liability and price but argue it is defective. The respondent can’t step away from 10 and argue an unconnected topic as a reason for not paying up. Nor can the respondent bring in the other 29 variations to argue.

But watch out. If the notice of adjudication asks for payment of number 10 as well as a declaration of value, the door is opened to the respondent to argue why any other matter prevents or reduces payment. It’s a tad subtle, isn’t it?

Similarly, asking for a declaration as to whether a particular event is a candidate for an extension of time entitles the respondent to argue any reason why not. In short, the respondent is entitled to raise any argument about the claim made. By doing so she is not widening the dispute.

In the Global Smith Estates’ adjudication, the scope was described as a “true value” dispute about an interim account. That threw the door wide open for all and any reason why the overall value was a up or down from the claim. From the respondent’s point of view, she can answer the claims in her response in any way she wants, provided her response is truly a defence to individual items, and if the overall item is “how much is payable on the interim account?”, the barn door is wide open.

So you might see that the respondent is not in the driving seat as to scope, nor as to what she can run in her response. Scope is a matter for the notice of adjudication together with the referral. It requires very careful drafting by the referring party, if he wants to limit or circumscribe scope. The respondent is tethered to the topic or topics but can defend herself in whatever way she wishes on the topic. To go further, the defence can bring in any reason to defeat the claim item, even if it has never been mentioned before. It’s not a reverse ambush; it’s fair game.

Sudlows’ contract was fitting out and installing five chillers. It was £15m or so. The notice of adjudication said that the employer sought a decision as to true value of certain parts of Interim No 27. The adjudicator was to open up and review the value of the contract works, the value of variations and changes, and the value of loss and expense. Sudlows said it was an unlimited true value dispute. The adjudicator didn’t see it Sudlows’ way. He decided that his jurisdiction was limited. He said he had no authority to consider the extensions of time now advanced by the contractor Sudlows, nor the loss and expense they claimed. He was wrong.

His award ordering the employer to pay up was decided by the High Court as technically unfair. He should have allowed other issues into the dispute. It was therefore unenforceable and of no effect. Mind you, given that the exercise was void it is probably open to Global to rise up, phoenix-like, from the ashes and adjudicate again … apart from all the expense.