A quick pull of the plug: Terminating a contract 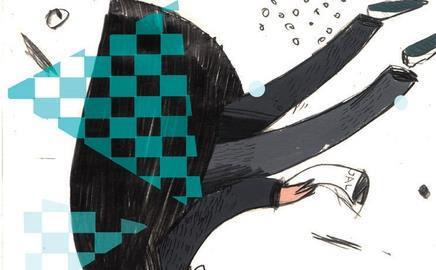 State your case If you intend to terminate, it’s no good hanging around for ages before you break the news, or you may find the decision is no longer yours

Several recent cases have emphasised the importance of taking swift action to resolve contractual disputes, so that both parties know where they stand. Take, for example, the case of Multiplex vs Honeywell – the decision barred parties that had not issued appropriate notices on time from making time or money claims. The case of Reinwood vs L Brown also emphasised the sanctity of a validly issued withholding notice, as this allows the employer to deduct liquidated and ascertained damages even if its contractor’s extension of time claim is resolved just days afterwards. Both decisions were based on the concept of certainty.

Now, another case – Tele2 vs the Post Office – has emphasised the importance of certainty when terminating because of a breach of contract. If you wait too long to decide whether to pull the plug, you might find the decision has already been made for you. It seems even clauses in the contract that give you as long as you like to make up your mind won’t help you.

The facts of the case were fairly simple. Tele2 provides telephone services through pre-purchased phone cards and was contracted to supply these cards to the Post Office. The contract said that each year Tele2 would provide the Post Office with a guarantee of performance from its parent company. If it failed to do so, the Post Office would be entitled to terminate.

In December 2003, Tele2 failed to provide the guarantee. Nobody disputed the fact that this was a material breach or that it allowed the Post Office to terminate. And terminate it did, but not until 11 months later – quite a long time to wait, Tele2 thought. In fact, said Tele2, it was so long that the Post Office had lost its right to end the agreement.

Tele2 relied on something called the doctrine of affirmation, which says that if you know about a breach that gives you the right to terminate, you must decide whether to do so before “the law takes the decision out of your hands”. Tele2 said that allowing the contract to run for another 11 months implied it was simply carrying on with business as usual.

The Post Office pointed confidently to its “non-waiver” clause – a provision in many construction contracts that says delay in exercising a right won’t prevent enforcement at a later date. As far as the Post Office was concerned, it didn’t matter how long it waited, it could still terminate at any time.

There is a point at which parties can be forced to draw a line under a breach and move on. To do otherwise could expose the opposite party to the continuous threat of termination for years after a breach

Afraid not, said the Court of Appeal. In its opinion, continuing with the contract for 11 months was more than just postponing the exercise of a right – it was such clear evidence of the Post Office’s intention not to terminate, it said, that the only possible conclusion was that the contract remained in force.

The decision is a clear message that there is a point at which parties can be forced to draw a line under a breach and move on. To do otherwise could expose the opposite party to the continuous threat of termination for years after a breach.

But is there a risk that this will encourage parties to take swift and drastic action for fear of losing their rights, instead of seeking to resolve issues amicably? At first glance it might seem so, but not if you examine the decision more closely. The central factor in the Post Office’s downfall was not the length of the delay, but the fact that it didn’t make “any protest concerning the breach or any reservation of rights”. In other words, it didn’t talk to Tele2, it just waited, then terminated.

So what should we learn from this? No doubt we’ll see clauses creeping into contracts trying to exclude the doctrine of affirmation. But simply trying to draft around the issue would be a risky response.

A better approach, if you want to keep your options open in response to a breach, is to make sure you both “protest” and “reserve your rights” in a way the Post Office failed to do. Promptly notifying the party of the breach and spelling out that you’re reserving your rights would seem to be a step in the right direction. Although you probably can’t keep the door open indefinitely, it should buy you time to explore alternatives without the law taking the decision out of your hands.

Alan Woolston is a construction solicitor at Field Fisher Waterhouse