A year on from George Floyd’s murder, I am exhausted we are still here

Commentary at the time of the murder felt like the construction industry was just waking up to an issue I have had to deal with my entire life, says Victoria Olawoyin 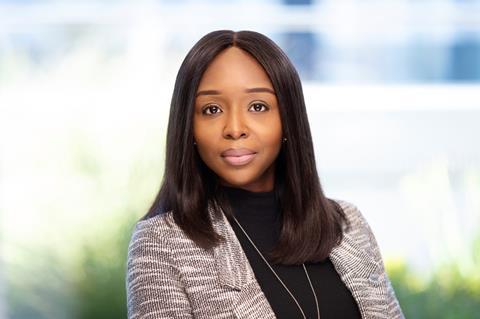 2020 was a strange year for many reasons, most obvious was the covid-19 pandemic which had the world on its knees, but it was also the year that sparked global conversations on racism, specifically anti-Blackness.

With the Black Lives Matter protests dominating headlines around the world, many corporate entities including those in the construction industry, rushed to make public statements and pledges of commitment to antiracism. Many talked of their horror at this murder and pledged millions of pounds to Black-led charities and grassroots organisations, as well as making commitments to hiring more people from Black and ethnic minority backgrounds.

However, a lack of diversity is not a new topic of conversation for the UK construction industry. In 2011, the last national census found that 13% of the UK population identified as BAME (Black, Asian or minority ethnic), and yet ONS data found the percentage employed in UK construction to be just 7.4%, just over half the percentage represented by the census. Furthermore, a 2015 survey by the Construction Industry Training Board (CITB) found that this figure could even be as low as 4%.

How do you make someone care about a problem they don’t see? The truth is that the construction industry has not had one year to effect change; it has had decades

Despite public statements of positive intent, equal opportunities policies and diversity strategies, the construction industry has been unable to affect major change in relation to equality and diversity. Progress has been slow and insignificant, and this is not good enough.

While the world looks back on lessons learnt over the last 12 months, my perspective is vastly different – I am exhausted that we are still here. A lot of the commentary around George Floyd’s murder felt like the construction industry was just waking up to an issue I have had to deal with my entire life, it felt insulting and disingenuous because it’s not new, we’ve always been here.

As American novelist, James Baldwin, once said; “How much time do you want for your progress?”

Racism and the lack of diversity did not begin with the murder of George Floyd, the decades leading up to that pivotal moment cannot be ignored or forgotten because it has shaped my lived experience, and the experiences of your Black colleagues.

While I do think it’s important to document growth, I’m very uncomfortable with any organisation seizing this moment to congratulate itself for all the ways it claims to have addressed racism, because if there was truly anything to applaud, we would not be here.

Of course, there are some organisations within the industry who are to be celebrated for taking positive steps, but having already waited so long it feels like applauding a fish for finally swimming.

The issue here is not time, it is a lack of intent. The people who hold the key to change do not want to change – why would you change something that you think you directly benefit from?

The challenge is, how do you make someone care about a problem they don’t see? And how much time do you think is reasonable? The truth is that the construction industry has not had one year to effect change; it has had decades, and we will likely be having this conversation for some time to come.

Prior to the murder of George Floyd and the covid-19 pandemic, structural inequality was at worst ignored and at best ‘solved’ in our industry by hiring a diversity and inclusion (D&I) manager.

Black people are tired of having the same conversation over and over, and we can no longer engage in conversations that pander to those who are committed to holding us back

But for there to be effective and long-term change, we can’t just be seen to be doing the right thing, we must take tangible action and hold ourselves accountable. Change requires us all to come out of our comfort zone and to face our biases without reservation, and it must be uncomfortable, because whatever makes us uncomfortable is our biggest opportunity for growth.

Black people are tired of having the same conversation over and over, and we can no longer engage in performative conversations that straddle the fence to pander to those who are committed to holding us back. The conversation must move on, but we can’t do it alone.

I’m aware that this conversation is new territory for some people, but racial injustice isn’t a problem for Black people to solve, neither can it be the problem of your D&I manager – it is a collective issue that everyone should be deeply invested in.

Very little consideration is given to the fact that many Black people are dealing with emotional and traumatic fatigue. You cannot assume that because someone is Black, they have the range to speak on these issues, or even want to. It’s the responsibility of the leadership to ensure that the right people are in place to interrogate your organisation’s culture, strategies, recruitment practices and leadership, but most importantly they must also be given the power and receive the appropriate support to make effective and long term changes.

As a Black British woman, this issue is very personal. My parents came to this country over 40 years ago and it saddens me that their experiences of inequality so closely mirror my own. Why are we still having these conversations?

Despite my frustration about lack of progress it is important to recognise the Black Britons who have made great strides to bring about equality in Britain, such as Paul Stephenson, a youth worker in Bristol who organised a boycott of all buses owned by the Bristol Omnibus Company, his actions paved the way for the Race Relations Act of 1965. These people broke boundaries and dared to take a stand to change the course of history, but they did not do it alone, and neither will we.

Continued conversation, collaboration and action, is the only way that tangible and long-term change will be implemented within the construction industry, and I challenge everyone, including my colleagues at Cundall and anyone else reading this, to really think about where they go from here.

What has changed in our industry over the last 12 months? Do you recognise your privilege? And most importantly, how can you use it to affect change?

As an industry, it’s clear we have a very long way to go, but it’ll take even longer if we don’t have these honest, uncomfortable conversations and do not strive to hold ourselves accountable.

Victoria Olawoyin is chair of Cundall’s Ethnicity and Culture Network